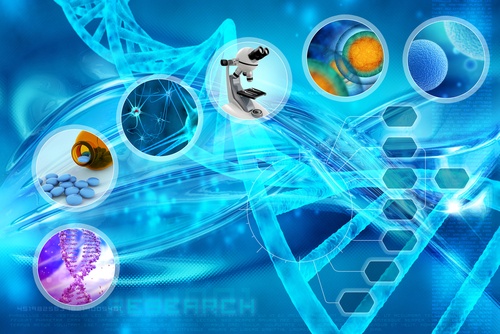 Pharma Industry in the Age of Artificial Intelligence: The Future is Bright
#Iolanda Bulgaru

IBM is stopping the development and sales of Watson for Drug Discovery, a program that uses its Watson AI software to analyze the connection between genes, drugs, and diseases, citing poor sales.

Discontinuing the development and sales of Watson for Drug Discovery has been described as a high profile retreat for IBM. It had aggressively marketed its artificial intelligence (AI) as being useful for helping pharmaceutical companies find new drugs. IBM will not take on new clients for Watson for Drug Discovery, although it will continue to offer support for existing ones.

“We are not discontinuing our Watson for Drug Discovery offering, and we remain committed to its continued success for our clients currently using the technology. We are focusing our resources within Watson Health to double down on the adjacent field of clinical development where we see an even greater market need for our data and AI capabilities,” an IBM spokesman was quoted saying.

READ
Researchers On The Verge Of Universal Vaccine Breakthrough

Watson famously performed admirably on the TV show, Jeopardy, where it was able to analyze the relationships between words rather than treating them like search terms. “In theory, Watson could use its engine to sort through reams of medical data in a similar fashion, finding the hidden signal within a system stuffed with noise. Reality has not cooperated. Of the small amount of research conducted on using AI to improve patient outcomes, none of it has involved IBM’s Watson,” it was reported.

The Extreme Tech website reported that IBM ran into problems last year after reports emerged that its AI had made “improper, dangerous recommendations for cancer patients.” The program produced wrong results for hypothetical cancer patients in July 2018.

By 2017, Stat News reported that only a few dozen hospitals had adopted the Watson for Drug Discovery system, which was a long way from “IBM’s goal of establishing dominance in a multibillion-dollar market.”

With sluggish sales and the failure of more hospitals to come on board, IBM had to lay off some workers in its health division in June 2018, while the head of Watson Health, DiSanzo, had to step down in October last year as questions grew about Watson’s efficacy as a useful clinical platform.

Further compounding IBM’s troubles: while Watson for Drug Discovery could quickly learn to ingest and process vast quantities of data, it had problems identifying the bits of information within a study that could lead doctors to change their process of care, it was reported.

Researchers also discovered that Watson is not able to independently extract insights from breaking news in the medical literature. It failed to mine information from patients’ electronic health records as expected, and also failed to compare a new patient with prior cancer patients in order to find hidden patterns, capabilities that IBM had said Watson possessed.

“Because patient data wasn’t always properly formatted or even chronologically arranged, the software had trouble understanding patient histories. And the system was incapable of comparing new cancer patients against databases of previous patients to discover hidden treatment patterns, because such practices would not be considered evidence-based,” the Extreme Tech website continued.

IBM has also been criticized for the hype that surrounded Watson for Drug Discovery, with critics saying the emphasis was more on marketing than the product.

Robert Wachter, chair of the department of medicine at the University of California, San Francisco, said IBM “came in with marketing first, product second, and everybody got excited. Then the rubber hit the road. This is an incredibly hard set of problems, and IBM, by being the first out, has demonstrated that for everyone else.”

IBM insists that in a follow-up cancer treatment recommendation survey, its accuracy rate rose from 73 percent in 2017 to 93 percent according to a January 2018 survey. In its conclusion, a study called “Watson for Oncology and Breast Cancer Treatment Recommendations: Agreement With an Expert Multidisciplinary Tumor Board,” said “this study demonstrates that the AI clinical decision-support system Watson for Oncology (WFO) may be a helpful tool for breast cancer treatment decision making, especially at centers where expert breast cancer resources are limited.”