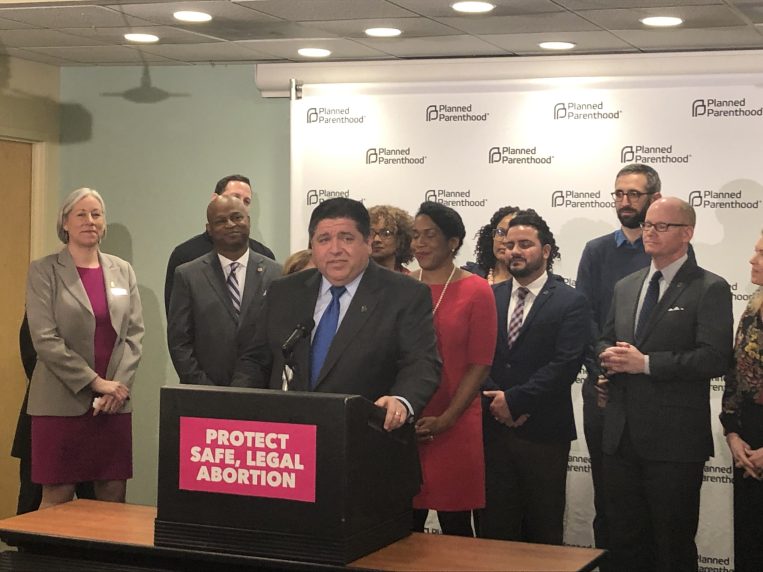 Earlier this week, Illinois Governor-elect, J.B. Pritzker (D), signed off on an executive order that he claims would see the Land of Lincoln become “the most progressive state” for abortion rights. He signed it on Tuesday, January 22, 2019, at the Illinois office of the Planned Parenthood in Chicago, which coincided with the commemoration of the 46th anniversary of the groundbreaking ruling that gave birth to women reproductive rights in the US: Roe vs. Wade (1973).

The executive order itself will make sure that the taxpayer-funded abortion law (HB40) that was signed into law by former Republican Governor Bruce Rauner will be fully enforced for all state government employees, much to the chagrin of many pro-life activists in the state. Of course, the pro-choice legislation has always been a cause of heated debate across the state, which may help explain why the former Republican Governor was a little hesitant to push for its full implementation.

More specifically, Pritzker’s executive order will direct Illinois Department of Central Management and Services (CMS) to see to it that each and every state insurance plan is in compliance with the so-called HB40 by July 1. It further instructs the said department to zero in on where healthcare coverage isn’t compliant with the abortion law.

Interestingly, this is the first and perhaps the only noteworthy pro-choice law enacted anywhere at the state level since Governor Jerry Brown signed off on a similar piece of legislation in the state of California.

“The thing is, [we will] make sure that everyone, every woman, working in the state government has the coverage that she deserves,” states Governor J.B. Pritzker, adding that Illinois “will be the most progressive state in the nation” on abortion.

Delivering on His Campaign Promise

On his campaign trail, J.B. Pritzker wasn’t afraid to voice his stand on abortion rights, gun control, wage improvement for state union workers, and an array of other changes to state insurance plans and healthcare in general.

True to his word, Governor Pritzker has signed a gun dealer licensing bill, reinstated stepwise pay-rise plans for state union workers, and unsurprisingly enforced HB40, all of which were roundly opposed by the incumbent Republican Governor Rauner’s administration.

The House Bill No. 40 (HB40 for short) is a piece of legislation that was signed into law by Rauner in September 2017. The law was put in place to make sure that abortion stays legal and safe in the Prairie State even if the US Supreme Court overturns the legendary Roe vs. Wade ruling. This essentially means that Illinois will always remain a pro-choice state no matter what. The law further allows women with the state insurance plan and/or Medicaid to take advantage of their coverage to procure a legal abortion. While it guarantees women the right over their reproductive health, some naysayers say that the law is redundant because abortions would not actually be banned even if Roe vs. Wade were to be overturned by the federal government. In their mind, the bill was all about extending health insurance coverage for women employed by state government.

State workers have already been informed in the past few weeks that abortion is currently covered through Medicaid or their health insurance, according to a report by the American Civil Liberties Union (ACLU) of Illinois. There was a huge sigh of relief in the outfit as well as among its members because the former administration wasn’t really serious about enforcing HB40.

“We were concerned and are concerned that the leadership that Gov. Rauner had in place wasn’t, in fact, making sure that it was enforced for state government employees,” reiterates Governor Elect Pritzker.

The move by Pritzker is seen by the ACLU of Illinois as a sign that the governor is willing to walk the talk, unlike his predecessor. After all, it’s something that he had promised ACLU during his campaigns. Moreover, Pritzker has made it clear that he plans to expand the reach and impact of HB40 in his tenure as the governor, something which has rubbed State Representative David McSweeney (R-Barrington Hills) the wrong way. Of course, individuals that are pro-choice lauded the governor’s action.

So, what can we (read: healthcare sector) learn from Governor Pritzker’s executive order and bold move to implement HB40?