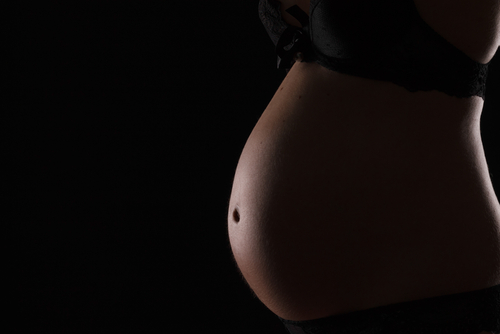 Released Thursday, Oct.19th, by the Illinois Department of Public Health (IDPH), the study looked at records of 93 women who died in 2015 while pregnant or within one year of pregnancy. Researchers found an average of 73 Illinois women die within one year of giving birth.

This is in stark contrast to the 11 percent of white and the 24 percent of hispanic women who die from pregnancy-related issues. Since 2008 in Illinois, more than 650 women, mostly black, have died of pregnancy-associated deaths.

“Going into this, we knew there was a disparity, but seeing the numbers is alarming,” said Shannon Lightner, deputy director of the Health Department’s Office of Women’s Health and Family Services.

Perhaps the most shocking finding is that the majority of the pregnancy-related deaths (72 percent) were preventable. Deaths as a result of blood clots, heart failure, hemorrhages, sepsis, and mental health conditions could have been avoided, says the report.

Overall, obesity was the main culprit for pregnancy-related deaths in Illinois between 2008-2018. Around 44 percent of pregnant women died because they were severely overweight. What’s more, 33 percent of complications can occur anywhere between 43 and 364 days after delivery.

One example mentioned in the study is that of a black woman in her 20s’ referred to as “Jasmine.” Soon after delivering a healthy baby, Jasmine started having blood clotting issues.

As a result of doctors’ bias though, her condition was misdiagnosed as back pain. Jasmine was screened for drug use with negative results. Still, “providers appear to have misinterpreted her pain as “drug-seeking behavior,” notes the report. Previous research showed that racism is the reason why many black women are not taking seriously when they complain of pain.

The committee of officials, health care providers, and advocates who compiled the research suggested a handful of solutions that could help hospitals minimize pregnancy-related deaths.

Here are a couple:

Other recommendations include raising public awareness about the importance of prenatal care and expanding Medicaid eligibility from 60 days postpartum to one year.

Illinois is not the only state struggling with this issue. Maternal death rates in the U.S. are among the highest for developed countries. California is the one place where the maternal death rate fell 50% between 2008 and 2013 thanks to “safety bundles” of childbirth safety practices.

Healthcare leaders in Illinois are currently working on strategies to change these grim statistics. One of them is providing universal home visits to all mothers within three weeks of giving birth. “It’s one of the most crucial methods of preventative care and we’re working to make it available to every mother and baby in the state of Illinois,” said Illinois First Lady Diana Rauner.

Thanks to a collaboration with the University of Illinois at Chicago, the state is also the only that analyzes both maternal deaths and severe pregnancy complications.

Another partnership with Administrative Perinatal Centers is bringing better hemorrhage training to new obstetric staff. About 125,000 American women a year are affected by postpartum hemorrhage (PPH), which can lead to death by renal failure and cardiovascular collapse.