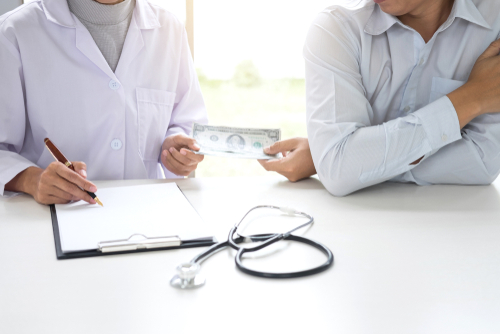 Outgoing Illinois Governor Bruce Rauner has claimed victory in the fight against health care fraud, with the latest report of a task force he set up showing that the state had successfully avoided or recouped $218 million in wasteful or fraudulent Medicaid spending.

The Department of Healthcare and Family Services (DHFS) Office of Inspector General (OIG) saved or recouped an estimated $190 million in the 2018 financial year. Since it was set up in 2016, Rauner’s task force said it had saved Illinois more than $665 million.

Rauner, who is set to relinquish office in January, said the state had a responsibility to ensure that taxpayers’ money was spent on health care rather than on “lining criminals’ pockets.”

“The state of Illinois dedicates a tremendous amount of resources to health care programs, and it is our responsibility to make sure those taxpayer dollars are spent on care instead of lining criminals’ pockets. The Health Care Fraud Elimination Task Force plays a crucial role in ensuring that state dollars are distributed both efficiently and fairly,” Rauner said.

The governor estimated that Illinois makes $1 billion in improper Medicaid payments. “This costs taxpayers money and it hurts health care services to our most vulnerable residents,” he said.

Rauner set up the task force to develop and coordinate a comprehensive effort to prevent and eliminate health care fraud, waste, and abuse in State-administered health care programs using a cross-agency, data-driven approach.

Since its formation, the task force has focused on reducing wasteful spending and fraud in Medicaid, Worker’s Compensation, and State Employee Group Insurance.

Executive Inspector General Susan Haling, who chairs the task force, said their aim was to develop and coordinate a comprehensive plan to prevent and eliminate health care fraud, waste and abuse by deploying a cross-agency, data-driven approach.

Haling described health care fraud as an enormous problem in Illinois. She said she was “very proud of the task force’s efforts to eliminate fraud in the state. While there is much work still to be done, the task force has demonstrated that cooperation between government agencies produces results.”

Rauner was particularly impressed by the cross-agency approach to dealing with health insurance fraud, saying that by working together with the Department of Justice, the Health Care Fraud Elimination Task Force had ensured that state funds are used responsibly. He added that the work of the task force was illustrative of his administration’s emphasis on making state agencies more effective and efficient.

Illinois State Police Lieutenant David Roll, who is part of the task force, said the state’s Police Medicaid Fraud Control Bureau was honoured to be part of an initiative that has “has served to enhance the cooperative efforts of all the involved agencies who are committed to combating fraud, waste and abuse of the Medicaid program in the State of Illinois.”

In its report, the task force, which is made up of 12 members, underscored the importance of the cross-agency approach, saying while individual state agencies had scored impressive successes, there was potential to secure additional savings through collaborative work to improve efficiency and fraud prevention.