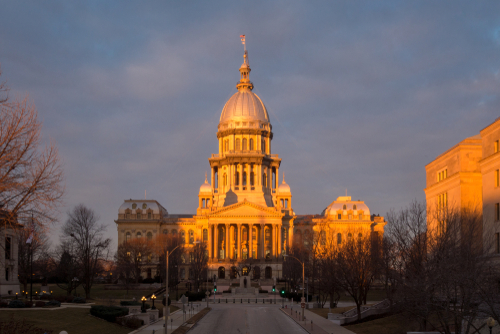 Eagleson, Executive Director of the Office of Medicaid Innovation at the University of Illinois system since 2014, will now be responsible for HFS, which administers Medicaid and child support services in the state.

HFS has a budget of $23 billion, with a sixth of that being public money. The department is in charge of the healthcare costs of more than 3.2 million people.

Eagleson brings a wealth of experience to the department

A 15-year veteran of the Illinois’ health system, Eagleson previously served as Medicaid director for Illinois and as deputy administrator for the Division of Medical Programs. She also held positions in former governor, Jim Edgar’s administration, where she served as a health and human services policy adviser and senior budget analyst, State Journal Register reported.

With her appointment, Eagleson will be managing the largest health insurer in Illinois. Among the new administration’s top priorities will be to combat, fraud and abuse in the Illinois Medical Assistance program. Waste and fraud have been identified as inflating the state’s healthcare bill.

Prior to her latest appointment, Eagleson served on Pritzker’s transition teams, where she was named as a member of the Healthy Children Families committee.

During her tenure as administrator of the Division of Medical Programs for Illinois’ Medicaid agency, Eagleson put in place an Integrated Care Pilot program in Illinois’ suburban Cook county and surrounding counties, for the elderly and disabled population, which she described then as the “first move toward integrated care.”

The pilot program was part of major Medicaid reform legislation, which was meant to save Illinois up to $774 million in five years.

Eagleson replaces Patricia Bellock, a former Republican representative, who was picked for the job last year. Her appointment is pending confirmation by the Illinois senate, a statement from Pritzker’s office said.

As Pritzker begins his term of office, he has listed healthcare as one of his priorities, pledging to bring efficiencies to state government. “Inexpensive healthcare prevention programs were decimated, causing higher spending to treat diseases that could have been cured,” he said in his inauguration speech.

In addition to Eagleson, Pritzker announced more cabinet appointments, including more women and showing a bipartisan approach with his picks. Pritzker picked two of his predecessor Republican Governor Bruce Rauner’s agency directors to stay in their jobs. Heidi Mueller and Matt Perez will keep their positions as Director of the Department of Juvenile Justice and State Fire Marshal, respectively.

The new appointments, a statement said, were part of Pritzker and Lieutenant Governor-elect Juliana Stratton’s efforts to continue building a strong team to lead the state.

Pritzker’s latest appointments come a few days after the house approved his plans to offer members of his new cabinet a 15 percent salary increase. The plan was approved with a 68-37 vote. The move was meant to ensure that the new governor has leeway to lure the best talent into his administration.

Before the increase, WIPR website reported that salaries ranged from $104,000 for the head of the Illinois Power Agency to $150,000 for the Transportation and Corrections departments, which Pritzker’s administration described as not competitive.

To illustrate the difference in salaries, Christian Mitchell of Chicago, who was sponsoring the plan pointed out that the Illinois Transportation and Corrections department jobs pay $150,000 and would go to $172,500. The state police director is paid $140,000 and would get a raise to bring his salary to $161,000. However, prison directors in California and Texas get about $265,000, while the Texas transportation chief makes $300,000. New York is increasing five cabinet-level salaries to $190,000, the WIFR website said.