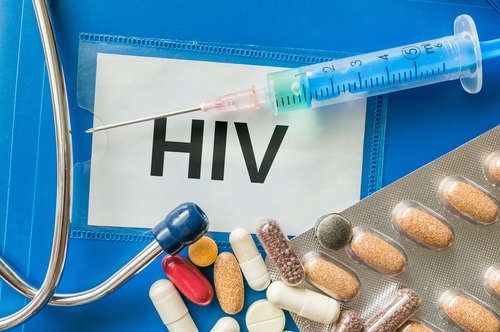 Good news for those living with HIV and for the general populace, concerned about infection risks.

Illinois Governor J.B. Pritzker chose Rockford as the February signing site for an executive order to fund treatment for HIV. This initiative was very well received by those committed to fight the disease and prevent further infection.

As it is the case with many epidemics, costs for treating patients are more elevated than those necessary to prevent the infection. The lifetime cost of treating HIV infections is more than $400,000. By helping HIV prevention, Governor Pritzker says his recent order will save taxpayers money in the long run.

Recently sworn in to represent the 67th District, Representative Maurice West (D) applauded the governor’s actions, saying that “with HIV affecting so many communities across the state, I’m glad that Gov. Pritzker is combating this epidemic head-on and ensuring Illinoisans living with HIV have access to the health care they depend on”. “While the state hasn’t always been a good partner, the governor is turning the page and writing a new future when it comes to ending the HIV epidemic once and for all”, he added.

The HIV numbers are still grim for Illinois residents

Governor Pritzker gave a few reasons for his executive action, presenting some statistics about HIV in Illinois, while surrounded by healthcare providers and HIV prevention advocates at the Winnebago County Health Department. He promised to strengthen the state’s commitment to end the HIV epidemic that has afflicted almost 40,000 Illinois residents.

“While 1,375 people were newly diagnosed with HIV in 2017 alone and unacceptable health disparities in communities of color continue, over the past few years we’ve seen HIV prevention funding dry up, HIV testing rates go down, and HIV prevention and treatment agencies lay off staff,” said Governor JB Pritzker. “Now is not the time to back down from this fight. Now is the time to double down. This executive order defines the state’s commitment to the HIV epidemic and serves as a first step in ensuring the state is good partner in this fight.”

Out of the 40,000 people already mentioned, in 2017 24,000 were covered for their treatments by Medicaid, state officials stated. Pritzker says a disproportionate number of minorities is affected.

Departments of Public Health and Healthcare and Family Services are directed, by the same order, to work closely with Medicaid managed care organizations. The aim of this collaboration is to put in place a data-sharing plan that will allow the state to ensure that all Illinois residents living with HIV receive proper health care.

Over the past four years, the State of Illinois did not fully partner with organizations or advocates endeavouring to end the HIV epidemic. HIV prevention and care agencies all over the state were forced to lay off staff, when budgets were cut. Health disparities in HIV were already increasing, and the lack of funding contributed to worsen the situation.

With this new executive order, there is hope of improvement both for existing patients, but also, equally important, for prevention and a better future.

The Executive Order 2019-08 that Governor Pritzker signed, commits to ending the HIV epidemic, and will institute at least two direct effects:

The Executive Order is very well received by healthcare organizations

It is not the first measure the governor has taken in health related issues. On January 22nd,  J.B. Pritzker signed an executive order he claims would see the Land of Lincoln become “the most progressive state” for abortion rights. As expected, the news of this recent order was encouraging for representatives of private health organizations fighting HIV, but also for state health officials.

“The AIDS Foundation is proud to see the state of Illinois taking critical steps to end the HIV epidemic,” said John Peller, President of the AIDS Foundation of Chicago. “With a partner like Gov. Pritzker in the governor’s office, Illinois can eliminate health disparities and improve health outcomes for people living with HIV by holding Medicaid accountable for tracking and reporting viral suppression.”

“I thank Gov. Pritzker for coming to Rockford during his first week in office and commend his commitment to partnering with localities to keep our residents healthy,” said Rockford Mayor Tom McNamara. “Cities and counties across Illinois have experienced a painful stretch of disinvestment from the state, but Gov. Pritzker has already shown he’s a different type of leader that cares about every region of the state.”