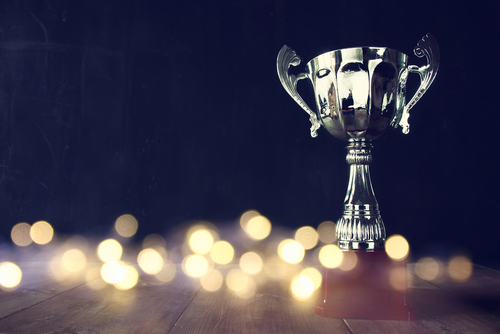 Seven Illinois Hospitals Named Among Best In The U.S. In Leapfrog Awards

Seven Illinois hospitals have been named among the best in the United States, up from five in 2017, according to a new list published by independent watchdog, Leapfrog Group.

Illinois hospitals that were awarded

Capping off the list was OSF Holy Medical Center (Monmouth), which was named among the best rural hospitals.

Leapfrog grades the top 118 hospitals based on national standards of “patient safety, quality, efficiency and management structures that prevent errors, providing the most comprehensive picture of how patients fare at individual institutions.”

The group further said: “Performance across many areas of hospital care is considered for the competitive award, including preventing infections, reducing C-sections, use of technology to ensure safer care and leadership policies and practices.”

Leapfrog’s President and Chief Executive Officer, Leah Binder, said they were “encouraged by the hard work of top hospitals, as well as all of the hospitals that compete for this award. Their transparency and determination delivers the best possible care in their communities.”

“Hospitals that are eligible to receive a Leapfrog Hospital Safety Grade have received an A in the most recent round of scoring to be eligible. The award is not given to a set number of hospitals, but rather, to all urban, rural, and children’s hospitals that meet the high standards defined in each year’s Top Hospitals Methodology,” a statement said.

The University of Chicago was named to the Leapfrog list for being among the best teaching hospitals for the third consecutive year, with Executive Vice President for Medical Affairs Kenneth Polonsky saying this was in recognition of “our long-standing achievements in patient quality and safety as well as our commitment to training the next generation of health care providers.”

Northwestern Memorial President Julie Creamer said the recognition as a top teaching hospital was “a reflection of our hospital’s commitment to providing high quality, patient-centered care in the safest healthcare environment possible. As a teaching hospital, we are training next generation of physicians, nurses and other providers to instill this culture of safety into the patient care they provide as they grow in their careers.”

Maureen Bryant, President of the Northwestern Medicine Delnor Hospital, which was named among the top general hospitals, expressed her pride and gratitude to physicians, nurses and staff for delivering safe and high quality care to patients.

“To be named a Leapfrog Group Top Hospital for the second time in three years is a testament to our hospital’s ongoing commitment to patient engagement, safety, transparency and accountability. We are honored to bring to high level of care to the patients in the western suburbs,” Bryant said.

However, there were surprise omissions.  Rush University Medical Center and Lurie Children’s Hospital, surprisingly, did not make the list this year, although the two institutions were included in 2017 and 2016, respectively.

Rush University Medical Center reportedly dropped to a B grade, ruling it out of the top hospitals list, which must earn an A grade.

The Chicago Tribune reported that Rush had made errors in the submission of its data. Its spokesperson, Charlie Jolie said they were “confident we will be back on the top hospitals list in the near future.”

On the other hand, Lurie Children’s Hospital spokeswoman, Julie Pesch said they would continue to participate in the Leapfrog awards because it helped them improve their quality and safety. However, Pesch bemoaned the awards’ methodology saying it tended to focus “more on adult hospitals than pediatric hospitals.”