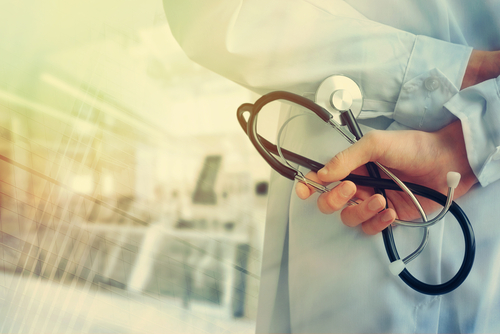 How were the hospitals in the study evaluated?

According to a spokesperson for Vizient, 99 academic medical centers, 100 complex teaching medical centers and 93 community hospitals were included in the 13th annual Quality & Accountability Study, Rush University Medical Center was among those evaluated.

Criteria for evaluating the hospitals were such clinical measures as safety, efficiency and patient-centeredness, according to a statement. The point was ensure fairness when studying comparable points, taking into consideration basic different hospitals.

“One of the challenges in health care is trying to sort out what quality is,” said Dr. Omar Lateef, Senior Vice-President and Chief Medical Officer at Rush. “If you think about what it’s like to be a patient, all the variables that are involved in your care are so tremendous that the idea that you could simplify it into some sort of ranking is very difficult.” (https://youtu.be/yNuungmbx7g)

The study was first enacted in 2005 by the University HealthSystem Consortium, now part of Vizient. This year was the sixth consecutive, and the 10th time that Rush has been ranked in the top five among participating academic medical centers in the annual Quality and Accountability Study. It also ranked second in 2015, but fell to 4th place last year.  The quick return to 2nd place is proof of its consistent efforts towards better, safer patient care.

The only academic center in Illinois to receive the Bernard A. Birnbaum M.D. quality award

Vizient announced the recipients of the Bernard A. Birnbaum M.D. Quality Leadership Award October 7th, during the 2018 Vizient Connections Summit in Las Vegas. The award is named after a prominent NYU Langone Medical Center leader, who died in 2015. This year, that medical center ranked 3rd on the list.

“Being ranked so highly again among so many of our peer institutions in Vizient’s survey shows once more that the patient care Rush provides is among the best in the nation,” said Dr. Larry Goodman, CEO of the Rush system and of Rush University Medical Center.

“It’s just as important that we so consistently have been ranked among the top five participating medical centers, demonstrating the consistent excellence of the care Rush provides, year after year.”

Rush also improved in the efficiency of care and effectiveness domain.

The secret of this accomplishment partially resides in a recent collaboration among physicians, nurses and case managers towards a very particular goal: to determine, early in their hospital stay, what needs patients could potentially have upon being discharged from the hospital.

Whether patients needed home care or rehabilitation upon discharge, could be determined early on, and arrangements made, so that patients weren’t kept in the hospital for extra days only because these things needed to be arranged. The early assessment ensured patients could begin the process of returning home sooner. Also, the hospital could focus in administering help to new patients, while those ready to go home were taken care of accordingly.

Using data to improve patient care, but also to cut costs, is a trend supported by many decisive factors in the healthcare system, including the insurers. Data can even be that obtained from patients themselves.

“If you know up front the patient is going to have additional needs  after hospitalization, you can start making plans and involving the family members, which can shave days off their length of stay,” said Dr. Brian Stein, Associate Chief Medical Officer. “Reducing unneeded days spent in the hospital, and getting home sooner, is always a good thing for patients.”

“The extraordinary physicians, nurses and staff at all levels of Rush are at the heart of why we are routinely recognized through such objective quality rankings,” said Michael Dandorph, President of the Rush System and Rush University Medical Center.

This year has really been a good one for Rush.  In August, U.S. News & World Report ranked seven specialty care programs at Rush University Medical Center among the best in the country in the annual “Best Hospitals” issue.

Patients in Illinois and neighbouring states were happy to learn Rush’s orthopedics program, the highest ranked in Illinois for this specialty, was ranked fourth in the U.S. Also ranked first in the state were Rush otorhinolaryngology and nephrology.

The following Rush programs were included in the rankings:

“This year’s recognition of both our nationally ranked and high-performing programs again shows that Rush’s excellence isn’t confined to a few areas, it’s widespread throughout Rush. Excellence is a fundamental aspect of the care we provide, and it’s also evident in our thriving research efforts,” said Dr. Larry Goodman, CEO of the Rush system and of Rush University Medical Center. “I congratulate and thank everyone at the Medical Center for this recognition.”

Rush is an academic health system whose mission is to improve the health of the patients and the diverse communities it serves with nationally recognized health care, education, research and a commitment to community partnerships. The Rush system comprises Rush University Medical Center, Rush University, Rush-Copley Medical Center and Rush Oak Park Hospital, as well as numerous outpatient care facilities. Rush University, with more than 2,500 students, is a health sciences university that comprises Rush Medical College, the College of Nursing, the College of Health Sciences and the Graduate College.