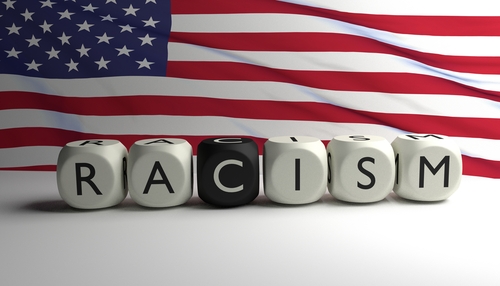 The fallout from racially charged remarks that led to the resignation of Illinois Primary Health Care Association’s CEO Bruce Johnson intensified this week, with Illinois lawmakers suggesting widespread bias in the IPHCA group and calling for an investigation into its practices.

Bruce Johnson resigned as president and CEO of IPHCA on June 16 after he admitted to making offensive comments during a meeting with Raul Garza, CEO of Aunt Martha’s, an IPHCA member and private nonprofit agency that provides medical and child welfare services to low-income patients across Illinois.

Aunt Martha’s has called for an investigation into the group, and Illinois Latino lawmakers are stepping up to support its mission. 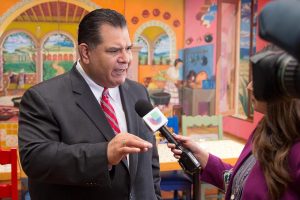 Sandoval believes that Johnson’s racist comments hint at a bigger issue. “This was a sustained campaign of intimidation by not just Bruce Johnson but several members of the [IPHCA] executive board.”

Sandoval plans to file a resolution to conduct an audit of the IPHCA’s adherence to its contracts with the state of Illinois. “This type of discourse will no longer be tolerated,” he added.

More state and local elected officials called for the resignation of leadership and reform of the IPHCA.

“I think the General Assembly should hold their feet to the fire,” said 12th Ward Alderman George Cardenas.

Cook County Commissioner Jesus “Chuy” Garcia also commented: “The one thing I haven’t heard, first and foremost, is an apology.”

Soon after Johnson’s resignation, IPHCA announced the formation of a Diversity and Inclusion Committee. Gordon Eggers, chair of the association’s board, said in a memo to members that they “are committed to taking additional steps to ensure this never happens again.”

For some, this decision was seen as a “band-Aid on a festering wound.”

In a recent interview, Garza said he welcomed Johnson’s resignation, but will continue to seek a full investigation and “root out the blatant racism that exists within the IPHCA’s leadership.” Garza pointed out that while more than one-third of the patients IPHCA members serve are Latino, no Latinos serve in a leadership capacity within the association.

Johnson’s behavior came to light on July 14, when Garza sent a memo to IPHCA members. According to Garza, during a June 20 meeting, Johnson made “insufficiently veiled threats toward Aunt Martha’s.”

Garza, a U.S.-born citizen of Mexican descent and a 12-year veteran of the United States Air Force, also said that Johnson asked “if Trump lets me back into the country when I travel to Mexico.”

Meanwhile, is believed that Johnson, who worked for the IPHCA for nearly 30 years, was tipped off by an executive committee member. Johnson attempted an apology via voicemail, saying he “really didn’t mean to be racist.”

In his memo, Garza, argued that “The Executive Committee has acted with defiance toward the victim and sympathy for the accused, graciously allowing Mr. Johnson to retire a full 13 months from now, the same date on which many of you have known he’d planned to step down even before this incident came to light.”

By joining their efforts, lawmakers, health care leaders and Aunt Martha hope to nudge IPHCA’s Assembly of Delegates into ensuring that new leadership reflects the populations served by its membership.

On one hand, health executives are reminded that partnering with other organizations comes with challenges.

The health care landscape is becoming more consumer-centric, and companies that  leverage the power of partnerships will be able to really ramp up patient engagement and, thus, profits.

On the other hand, it’s reassuring to see that Illinois lawmakers were quick to react against the abuse of power of such an established organization as IPHCA.

Strengthening relationships with local representatives is the first step towards reform in health care.

Illinois Healthcare News
All the Major Hospitals in Chicago Have Mandated COVID-19 Vaccination for Staff
September 5, 2021
33