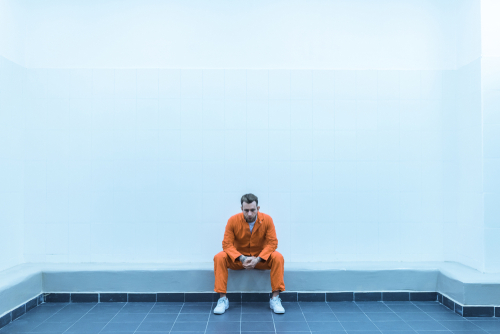 Tens of thousands Illinois inmates will soon get access to better quality medical care thanks to a recent agreement between the Illinois Department of Corrections and the state of Illinois, which puts an end to an eight-year-old lawsuit contesting the quality of care in the prison system.

Now, as part of the agreement, Illinois prisons are expecting to see an upgrade in healthcare equipment, increased staffing specialized in infection control, as well as a new electronic medical records system.

The settlement is not yet final and still needs court approval, pointed out Patty Schuh, a spokeswoman for Gov. Bruce Rauner.

“I’m thrilled that my clients, the prisoners throughout the state of Illinois, will finally get the medical care that is constitutionally mandated,” said Alan Mills, executive director of the Uptown People’s Law Center, which represents inmates. The state, Mills added, has “terrible medical care” for prisoners, which he compared to a “slow-motion death penalty.”

Reviews by court-appointed experts in 2014 and 2018 support Mills’ theory.

“Based on record reviews, we found that clinical care was extremely poor and resulted in preventable morbidity and mortality,” said one 2018 report filed by a team of five medical experts.

The report found that 12 out of 33 deaths in Illinois prisons were preventable and another seven “possibly” preventable.
Doctors analyzed records of a 24-year-old, mentally ill inmate who died three months after swallowing two sporks. Although he complained to several staff members and medical personnel, a nurse “documented that the patient ‘will have no complication from swallowing a foreign object.”

While his death was ultimately attributed to a gastrointestinal bleed from lacerations caused by a foreign body, the Illinois Department of Corrections own review “found no problems with medical care.”

An older report, from 2014, reveals that a 26-year-old inmate at Illinois River Correctional Center told clinical staffers he had a heart condition called atrial fibrillation. The inmate didn’t get proper meditation and suffered a stroke. “Had clinical staff listened to the patient and reviewed his jail record,” the report stated, “they would have learned that he should have been on blood thinners to reduce the chances of this devastating event.”

A shortage of medical professionals in prisons

State news outlets and non-profit foundations have been documenting these issues for years.

Last October, for instance, a report on state prison healthcare across America by Pew Charitable Trusts found that Illinois spends per inmate, $2,000 less for health care services than the national average ($3,600 versus $5,700). Close to 60% of Illinois inmates are African-American, state data shows.

The state falls short when it comes to full-time healthcare workers too.

While the average state corrections system employs 40 full-time healthcare workers for every 1,000 prisoners, Illinois has less than half that number.

The high rate of turnover for Illinois prison medical staff only aggravates the problem.

Illinois Department of Corrections hires an outside contractor, Wexford Health Sources, to provide prison healthcare. Only half of the 33 doctors employed in 2014 by Wexford were still working there last year, shows the 2018 report.

What’s more, the team of experts concluded that Wexford has a “grave inadequacy” in providing healthcare. One example: there are no trained obstetricians available for the ten pregnant inmates at the Logan Correctional Center in Lincoln, Illinois.

To ensure accountability and transparency, the overhaul of healthcare for Illinois prison inmates will be overseen by a federal monitor.

“The state of Illinois will now be bound by a court-enforceable agreement with specific benchmarks and structure for measuring success,” said Camille Bennett, senior staff attorney at the American Civil Liberties Union of Illinois.

Bennett added this is a victory “for 40,000 men and women across Illinois who have suffered because of this inadequate health care system — some of whom have died.”

This new agreement is also part of a bigger strategy to improve the state’s prison health system, which kicked off two months ago, when a judge ordered that the state’s Corrections Department develop training on transgender issues for all staff statewide.