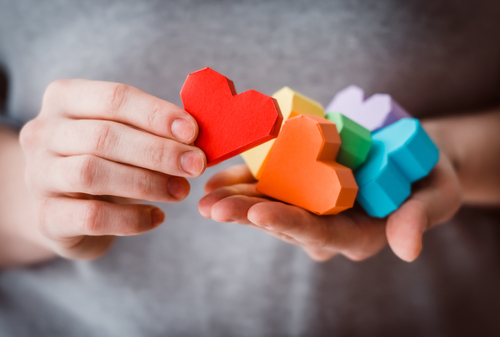 Chicago’s population of young adults who live on the streets or couch surf is growing. As it grows, so does the need for mental health services.

A handful of non-profit organizations in Chicago are trying to fill a gap in the healthcare system to help homeless LGBTQ youth navigate the mental issues associated with homelessness. These range from anxiety to depression with a host of other issues.

For many teens, the transition into adulthood can be a stressful and emotionally charged time of life. For LGBTQ youth, there is the added risk of housing instability.

A recent study by Chapin Hall at the University of Chicago found that one in ten young adults ages 18-25, and at least one in thirty adolescents ages 13-17, experience some form of homelessness over the course of a year. LGBT youth had a 120 percent higher risk of reporting homelessness compared to their non-LGBTQ peers.

The main reason for this disparity? Many teens who publicly disclose their sexual orientation are kicked out of their homes by their own families.

LGBTQ teens are also more prone to sexual violence, harassment as well as violence at home, said Héctor Torres, PsyD, Chief Program Officer at the Center on Halsted, a LGBTQ community center. The center is one of a handful of Chicago non-profit organizations offering housing and support services for homeless youth.

Torres explained that trauma can set youth on a destructive path.

The anxiety of being thrown out of your home by those closest to you makes it hard to focus on school or a job.

Lindsey is a 19-year-old whose family told her to leave home after they learned she was a lesbian. “I knew how they felt. Most of my family is very religious and they believe it’s wrong and I’m condemning myself,” she said.

Thanks to Teen Living Programs, Lindsey is now living in a housing community in Chicago’s Bronzeville neighborhood. Teen Living Programs is another Chicago non-profit that helps homeless youth with everything from housing to job training and mental health care.

For Lindsey, the support of a therapist mattered just as much, if not more, as having a rooftop over her head: “I would come from the sessions much better because I let all the things that were bothering me out.”

Not all homeless youth are as receptive to counseling as Lindsey.

Jeri Lynch Linas, CEO of Teen Living Programs explained that it can be hard for them to open up to a therapist after being let down by most adults in their lives.

By helping these youth get back on their feet, nonprofits are also helping the state save millions of dollars.

When teens have access to mental health services and affordable housing, they increase their chances of entering the workforce and becoming taxpayers.  What’s more, investing in these individuals will also benefit the healthcare system. LGBT teens without a home have a 16 times greater risk of getting HIV and STDs or developing a drug addiction.

According to the Illinois Department of Public Health, every new case of HIV costs over $400,000 in lifetime medical care. Around 43,500 Illinois residents are living with HIV; many of them are African American and Latino gay men.

Investing in housing and health services for this group of youth will also translate in fewer incarcerations. In Illinois, statistics show that the average cost per inmate is over $33,000 per year.

“We know that if we stop youth homelessness early, this prevents deeper homelessness and reduces public costs in the future. With new evidence in hand, Congress can support action,” said Matthew Morton, PhD, a research fellow at Chapin Hall who oversaw the study.

Some states have been making strides in getting mental health services to more people. However, Illinois was the only state to receive an A rating for complying with the Federal Parity Law, which stipulates that mental health and substance use disorders be treated like other illnesses. Illinois HIV Care Connect, a statewide healthcare network for people living with this disease recently released quiz to educate HIV-positive Illinois residents.