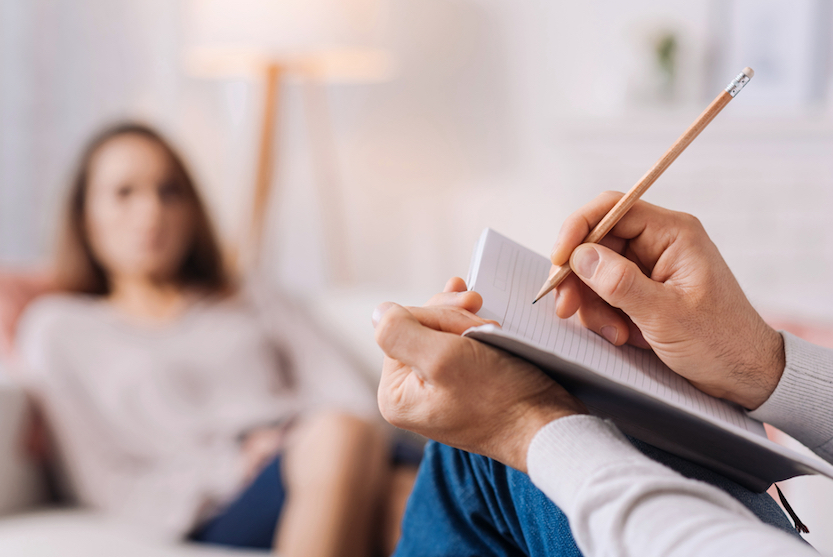 Local schools in Illinois could have more state mandates in the near future, after a plan requiring classes on mental health was approved by an Illinois House panel.

Why is helping young people with mental illness important?

Mental health is extremely important, and legislators understood the need to give youths the necessary tools to recognize and fight mental illnesses.

18 percent of the population or almost 1 in 5 U.S. adults live with a mental illness, according to the National Institute of Mental Health. The numbers are significantly higher in adolescents, 49 percent of them are suffering, and 22 percent are severely impaired by mental illness. The need to help young patients is growing.  According to the Centers for Disease Control, between 1999 and 2016, suicide rates went up in all states, except Nevada.

“Unrecognized, untreated, and late-treated mental illness elevates the risk of mental health crises such as suicide and self-injury. Early treatment enhances the potential for recovery and also diminishes negative coping behaviors such as substance abuse,” Glenn Liebman, CEO of the Mental Health Association in New York State, said in a press release. “Empowering young people with knowledge will have a powerful impact in helping them protect and preserve mental health and wellness for themselves and their peers.”

Personal experience, behind the will to lobby for change in policy

This was the case of Amina Henderson-Redwan who, while a senior in high school, was leading a peace circle at Gage Park High School on Chicago’s Southwest Side when she realized she was going to have an anxiety attack.

Trying to walk away, she got into a conflict with a school security guard. Subsequently  arrested, she was detained for roughly five hours and then taken to a juvenile detention center.

Three years later, Henderson-Redawn was one of the people lobbying with the Voice of Youth in Chicago Education for legislation to provide grants to fund mental health professionals in Illinois public schools. House Bill 4208 by state Rep. Emanuel “Chris” Welch, D-Westchester, aims to do that.

“This bill is important because what I needed at that moment in time was a counselor. Someone who I could actually talk to, not be put in handcuffs while having an anxiety attack and feeling as though I couldn’t breathe,” Henderson-Redawn said. “I’m passionate about this bill because too many youth feel like their mental health is being ignored.”

The aim of the bill was to create the Safe Schools Healthy Learning Environment grant for statewide schools to apply for funds and allocate them to hire needed personnel, be it school psychologists, social workers for after-school activities.

Time has passed and change becomes more possible by the minute. On January 1st, a bill amending the School Code became effective in Illinois. It requires school boards to adopt and implement a policy on how to recognize mental health issues and how to properly address them. The bill states that a school board shall require in-service training of licensed school personnel and administrators to include special training at least once every 2 years. This training will have to contain the current best practices for identifying mental health issues and which courses of action school personnel should choose to take.

Other states already implemented this change

“A student once said ‘Ms. Villa, I finally know what’s wrong with me. I have depression,’ And he just was in tears. He said ‘I need you to call my parents and I need you to tell them what I have,’ ” Villa told the panel. “This is the voice of what this bill will be able to do.”

Students in Virginia and New York were already required to participate in mental-health education as part of their health and physical education courses since they returned to school last fall. The change occurred after specific bills passed in both states.

In March 2018, Virginia Governor Ralph Northam signed a bill into law requiring a mental health curriculum for 9th and 10th graders. In consultation with mental health experts, the Virginia Board of Education was to review and update its Health Standards of Learning to reflect the new law.

New York Governor Andrew Cuomo signed a similar bill in September 2016, but it did not become effective until July 1 of last year. The law requires schools to address mental health in health education programs for students in grades K-12.

Now, the bill creates a plan for immediate action

It is time for Illinois to implement change regarding mental health awareness and understanding from an early age.

According to State Rep. Deb Conroy, D-Villa Park, teaching the youth about their emotional and mental health is equally important as teaching them about their physical health.

“Our youth need to grow up understanding that their brain health is as important as their heart, their lungs, their liver,” Conroy said. “And they need to take care of it.”

Lawmakers were behind the idea, although in Springfield there are reservations towards these plans. Local districts have been against additional state mandates, especially if they come with added costs, but no additional state funding.

It remains to be seen how things will develop, especially since the problem of mental health in young people is extremely sensitive and affects the state’s future.

Katherine Cowan, director of communication for the National Association of School Psychologists, said mental health professionals in schools play a critical role in children’s well-being. It often happens that students with trauma are thought to need special education, when what they really need is mental health services. Licensed psychologists in schools can help identify these cases, Cowan added.