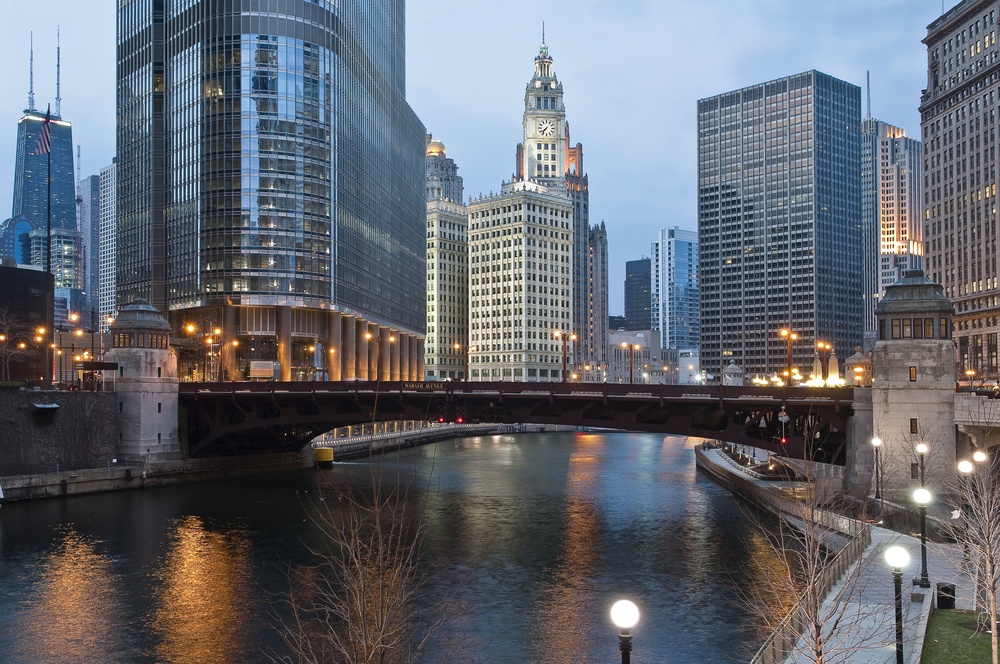 Chicago Mayor Lori Lightfoot’s transition team recently unveiled an ambitious plan her administration aspires to turn into reality over the next four years. Besides the policy regarding school security, two points on the mayor’s agenda are directly related to the health of Chicago’s inhabitants: more care for uninsured patients and affordable water for low-income families.

Lightfoot was inaugurated, May 20th, as Chicago’s first black woman mayor. More than 400 people participated in roundtable discussions to craft her transition plan. The 100-page report released Friday, May 17th, was the result of an effort to include many people in the decision-making process so citizens don’t feel estranged from their government, as Mayor Lightfoot put it. “People have felt estranged and distant from their government — government isn’t legitimate in the eyes of way too many people,” she said.

The report was then presented by the leaders of the 10 committees, at a breakfast held at Malcolm X College on the city’s Near West Side.

First of all, the Mayor and her team intend to make hospitals provide more free care to patients.

That’s one idea Lightfoot’s transition team intends to make possible, thereby creating better access to care for people who do not have health insurance.

To put it mildly, the idea would not appeal to Chicago-area hospital CEOs, but a solution needs to be found to ensure a fair distribution of the uninsured population needing healthcare between the public and the private hospitals. As a WBEZ investigation found last year, the Cook County-run health system has provided more free care in the county over the last several years than other public and private hospitals.

The WBEZ analysis found that the county’s two public hospitals provided nearly half of all free care in Cook County in 2016, far more than any other hospitals.

Even more troublesome, Dr. Jay Shannon, CEO of the county health system, told WBEZ he thought hospitals were sending even more uninsured patients towards the public care system.  This was particularly true when patients needed expensive surgery or cancer treatment.

Could City Hall force local hospitals to provide their “fair share” of free medical care to patients? How will authorities encourage corporations to fund medical treatments? These are questions which remain unanswered for now.

According to the report, Chicago needs to have its own chief of Medicaid. This person could advocate for the inclusion of more services in the government-run health insurance program for low-income and disabled people. Thus, hospitals and doctors could be paid more for the services they provide within the program. “We believe Chicago can follow the path of New York and San Francisco,” David Munar, one of the transition committee members, said. “Really close the gap to make sure everyone has access to care.”

No more water shut-offs in Chicago

Another issue related to public health the new mayor intends to tackle is that of water shut-offs. Lightfoot announced she wants to stop the city’s controversial practice of cutting off water from residents who can’t pay their respective bills.

L.Anton Seals Jr., executive director of Grow Greater Englewood, who was part of Lightfoot’s environment transitional team, told the mayor-elect a top priority was to restore water for residents who can’t afford it. “Water is a human right,” Seals said.

Since the cost of water tripled in Chicago over the last ten years, according to an investigation earlier this year by WBEZ and American Public Media, the poor were the first ones to pay the price. The story found nearly 40 percent of water shut-offs were mainly concentrated in five  mostly black and Latino neighborhoods on the South and West Sides.

On May 20th,  in one of her first acts in office, new Chicago Mayor Lori Lightfoot promised to halt all water shutoffs of vulnerable city residents. She said she has instructed the water commissioner to stop shutting the water off for residents who can’t afford to cover their bills, and she ordered a full audit of the Chicago’s Department of Water Management.

“I was disturbed, like many of you were, to learn that people in our city were being deprived of water,” Lightfoot said. “Water is a basic human right, and when you cut someone off from water, you’re effectively evicting them and putting them on the street.”

On top of increasing prices, the people who could not pay were charged additional sums. Since 2007, the water department has charged almost $7 million in fines and fees, mostly concentrated in poor, black and Latino neighborhoods.

A Food & Water Watch survey found that Chicago disconnected water service to more than 6,000 households in 2016 for nonpayment. A 2019 investigation from WBEZ and American Public Media revealed that more than 150,000 water shut-off notices have been issued by Chicago’s water department since 2007, these being disproportionately sent to low-income communities. Chicago is not the only city suffering in this affordability-of-water crisis. According to a Food & Water Watch survey, water affordability  has become an increasingly larger national crisis.

All interested parties hope the mayor will find a solution for Chicago dwellers.

“Mayor Lightfoot has begun her tenure with a bold move to recognize water justice in Chicago where water bills have tripled over the last decade,” said Jenya Polozova, Midwest organizer for Food & Water Watch. “We urge her to tackle the city’s growing water affordability crisis head-on by ordering the Water Management Department to adopt an income-based water affordability program. Every person living in Chicago deserves access to safe, affordable water.”

The idea is to let low-income households pay a bill that can go up only to a pre-established level, according to a Food & Water Watch supported Water-for-All Ordinance introduced by Alderman Carlos Ramirez-Rosa in 2017.

A usual water bill is already impossible to pay for 17 percent of Chicago households in which the income is lower than $15,000 a year, according to the United Nation’s affordability standard.

“Lightfoot’s declaration of an end to water shutoffs in Chicago is a huge victory for low-income communities,” said Ab Weeks, lead organizer with SOUL in Action (Southsiders Organized for Unity and Liberation). “Right now, in Chicago, 17% of families cannot afford their water bills. This issue disproportionately affects black and brown communities in the city who pay on average 20% percent more for their water than predominantly white communities in the city. In order to ensure water remains a basic human right we need to pass the Water-for-All Ordinance in Chicago.”

If the situation progresses the same way as before, more and more Chicago residents won’t be able to pay their water bills. No water means less hygiene, less hygiene means more exposure to illnesses and increased risks to public health. Something needs to be done, and quick.