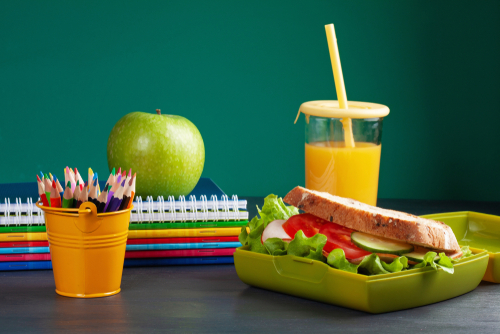 The Alliance for a Healthier Generation, a nonprofit founded by the American Heart Association and the Clinton Foundation, recently released its 2018 list of America’s Healthiest Schools.

A total of 461 schools, from 26 states and the District of Columbia made the list; 15 of those were in Illinois.

To earn this distinction, schools had to meet a set of criteria.

Among other things, these institutions had to prove they are serving nutritional meals and snacks, offering a daily breakfast, have students moving at least 60 minutes per week and are encouraging school leaders to be healthy role models.

Based on the standards achieved, each school received Bronze, Silver or Gold medals.

The Illinois school awarded a gold medal has fundraisers without food

Eight Berwyn schools, along with four others in Piano, Sandwich and Summit, received Bronze medals. Two Chicago-based schools got Silver. Only one school was awarded a Gold medal: Northeast Elementary Magnet School in Danville.

Gold medals made a rare appearance on the list. Just 13 institutions in the United States received this distinction, which is three more than in 2017.

Northeast earned its medal thanks to a combination of strategies developed over the years. The school has a “no outside vendor food” policy and uses “My Plate” as a guide to serve well-balanced meals. Unlike other schools, annual fundraisers are centered around physical activities. There are no food or drinks sold or given as prizes at Northeast’s three fundraising events – Football Frenzy, Walk-A-Thon and Colorburst 5K.

“This is just the culture that has been set in this building and so the kids know that we are a health and wellness school,” said Northeast’s Principal Markesha Parker.

With a record of 67 schools on the list of America’s Healthiest Schools, the Los Angeles Unified School District (LAUSD) has a similar approach.

Lou Mardesich, Principal of Harry Bridges Span School in LA, said his school redefined fundraisers to set a healthy example for kids. Instead of cupcakes, a staple of school events, parents were asked to bring books and pencils for donation.

“It wasn’t an easy shift,” Mardesich admitted, but organizers made sure to equip participating schools with valuable tools such as nutritional databases and online trainings. Schools also got access to tens of health and education professionals.

Watch this video to see what a healthy school looks like, according to the Alliance.

These schools’ efforts are meant to create a more significant impact, beyond food and exercise. Several studies show that poor nutrition and sedentarism lead to low grades, and higher rates of absenteeism.

Children who suffer hunger in the first five years of life are more likely to lag behind for years to come. In contrast, children who eat a good breakfast do better in school, especially in math, and exhibit fewer behavior problems.

Children from low-income families are especially at risk.

More than 13 million children in the United States live in “food insecure” homes that fall below the poverty line. For them, school meals can make the difference between getting ahead in life and remaining stuck in poverty. Well-fed kids reach higher academic achievements which will later translate into better job opportunities, housing situations, and access to health care.

The fact that Illinois schools were recognized as some of the healthiest in the country helps offset the recent news about retired teachers.

The state can also boast about two more recent accomplishments regarding its students’ health.

Thanks to a new bill signed last year by Illinois Governor Bruce Rauner, students are now able to eat fresh fruits and vegetables grown right on their own campus. State Rep. Emanuel “Chris” Welch is trying to pass a bill that will provide grants to fund mental health professionals in Illinois public schools.