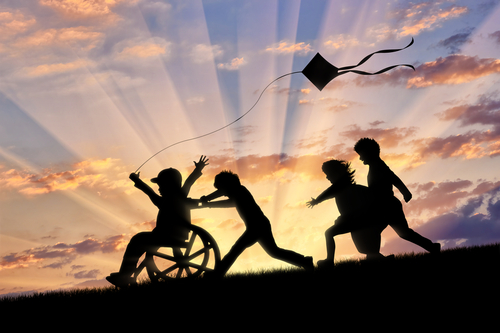 Illinois governor Bruce Rauner has signed a bill that will give better Medicaid coverage to children with severe disabilities, who require expensive technology to survive.

The HB 4736 bill is aimed at children considered “medically fragile, technology dependent.” These are children who rely on special medical devices to stay alive. Most of them are ventilator-dependent, have tracheostomies, or have central IV lines, and require extensive care.

With the new bill, these children will be exempt from enrolling in Medicaid Managed Care Organizations (MCO). MCO’s are networks of Medicaid providers such as physicians and hospitals who help the state of Illinois cut costs through better pricing arrangements for prescriptions and preventative care by evaluating a patient’s care needs on a case-by-case basis, before starting a treatment. Currently, managed care handles 80 percent of the state’s 3.2 million Medicaid cases.


For severely ill children depending on life-saving technology, going through an MCO meant wasting precious time. Families complained that MCOs are often slow to connect them with medical specialists. Not to mention, only certain physicians can prescribe the  unique equipment they need or refer them in-home nurses.

With this change, they will be able to get proper care directly through their fee-for-service Medicaid insurance, without needing the approval of a third party.

The bill was co-sponsored by State Rep. Patricia Bellock, who has recently accepted Gov. Bruce Rauner’s appointment to serve as director of the Illinois Department of Healthcare and Family Services (DHFS). Bellock has been advocating for children’s health for decades and helped pass the Omnibus Medicaid bill, which created an advisory council to set criteria and standards for managing children with special needs.

After passing the House and Senate in June, the new bill was sent to Rauner for his signature. Since then, advocates of families who care for medically fragile kids have pushed to see the bill become law.

MFTD Waiver Families, for instance, an Illinois alliance made of about 100 families with children in the MFTD Waiver program, posted a call-to-action on their website page. “We ask you to consider sending an e-mail to Governor Rauner urging him to sign HB 4736 into law when he receives it,” read the announcement.

Severely disabled children are approved under the Medically Fragile Technology Dependent (MFTD) Waiver Program when it is determined cost-effective to keep the child at home rather than in an institution.

Normally, children are eligible for Medicaid while living in a hospital or skilled nursing facility, but not once they return home. In order to extend their coverage, families must qualify financially for Medicaid. The MFTD Waiver is a federal-state partnership that allows children under 21 who require medical technology to receive both Medicaid coverage and private duty nursing. Children who have private insurance only receive supplemental Medicaid coverage, while uninsured children can receive full coverage.

The waiver also saves Illinois a lot of money: if it weren’t for this program, 95% of these children would require permanent costly hospitalization. It is three times cheaper to care for these children at home than in hospitals and institutions, according to MFTD Waiver Families.

On the other hand, Rauner wasn’t as receptive to the cause of paramedics and emergency medical technicians. On Sunday, August 19th, the governor vetoed legislation to expand benefit rights for this group and refused to grant them firefighter status.

Rauner has gained a reputation for taking controversial stands on sensitive healthcare bills. In 2017 he vetoed several bills, including the state spending transparency bill. In an attempt to lower expenses, Rauner also vetoed a measure that allowed those who care for people with disabilities to work overtime.

An even more controversial move made by Rauner last year, was the signing of an abortion bill. The new law expanded taxpayer-subsidized abortions for women covered by Medicaid beyond critical cases such as a rape, incest, or when a mother’s heath is in danger.