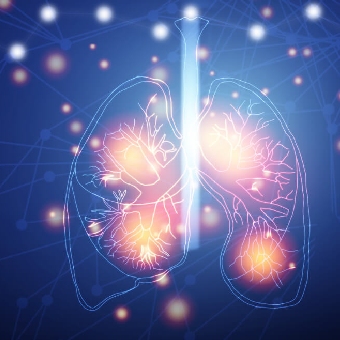 The FDA recently approved Jazz Pharmaceutical’s new drug for advanced small cell lung cancer. The treatment is allowed to be marketed based on less data than usually required to expedite the path to market.

Last December, Madrid-based PharmaMar, the developer of Zepzelca (lurbinectedin), licensed its US commercial rights to Jazz Pharmaceuticals, based in Dublin, Ireland.

Now Jazz, which has substantial operations in Philadelphia and Silicon Valley, is preparing to offer lurbinectedin as a treatment to adults whose small cell lung cancer has metastasized to other parts of the body. The drug will also be available to treat small cell lung cancer that has not or is no longer responding to chemotherapy. As it stands, there are few treatment options available to these cancer patients.

Lung cancer is a Leading Cause of Death

The FDA’s speedy approval of lurbinectedin, like several others recently, came early. The FDA’s initial deadline was set for August 16.

The FDA’s fast review was based on the Phase 2 open-label trial with 105 patients. The data showed that 35% of patients had an overall response rate, which means their tumor size shrank by a predetermined minimum amount for a predefined amount of time. Furthermore, that response lasted for a median of 5.3 months. However, an independent review committee found that only 30% of patients showed a response and that the median duration was only 5.1 months.

Tumor response data, which doesn’t necessarily correspond to survival, are included with the indirect signs of clinical benefits that are considered when the FDA reviews drugs for fast-track approval.

However, for Jazz to maintain its permission to market lurbinectedin, it’s required by the FDA to conduct additional testing to verify that it has clinical benefit.

During the trial, the drug was delivered every three weeks during an hour-long infusion. Lurbinectedin is classified as an alkylating drug; it picks apart DNA in a way that disrupts the growth and division of cancer cells.

The infusion of the drug was stopped in nearly 2% of patients due to the severity of the side effects. Likewise, continued treatment delayed by more than 30% due to side effects. Finally, the side effects prompted a reduced dose for 25% of the study’s participants.

Jazz Pharmaceutical anticipates lurbinectedin will be available in the US by early July.

Besides lurbinectedin, Jazz’s cancer drugs are leukemia treatments. The most recent addition to the Jazz portfolio was Vyxeos, a reformulation of cytarabine and daunorubicin, a chemotherapy combination. Jazz added Vyxeos after it acquired Celator Pharmaceuticals in 2016 for $1.5 billion.

This year the company expects revenue from its hematology and cancer drugs to reach up to $510 million. That’s assuming lurbinectedin launches in the third quarter. The company recently lowered that estimate from up to $580 million, due to uncertainties related to the novel coronavirus pandemic.

Lurbinectedin is also being studied in combination with the chemotherapy drug doxorubicin in Phase 3 randomized trials funded by PharmaMar. PharmaMar could also receive additional fees if the drug is approved for other uses. Recently, Jazz Research and Development chief Rob Iannone said the company is considering advancing lurbinectedin as a first choice for treating small cell lung cancer patients.