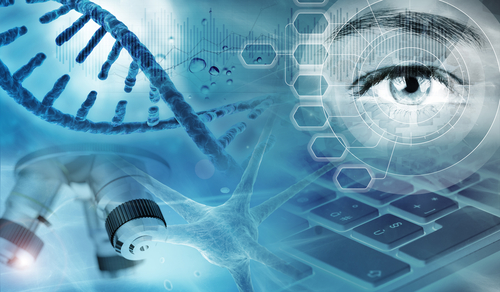 Northwestern Medicine scientists made a discovery that could pave the way for future therapies to treat glaucoma, a complex disease that causes irreversible damage to the eye’s optic nerve and can lead to blindness.

Northwestern partnered with the University of Wisconsin-Madison (UW) to find out what causes glaucoma. Their research led them to identify a gene that causes this devastating disease in children.

“This work shows us how a genetic mutation causes a severe form of glaucoma called primary congenital glaucoma, which afflicts a significant portion of children enrolled in institutions for the blind worldwide,” said principal investigator Dr. Susan Quaggin, chief of nephrology and hypertension at the Northwestern University Feinberg School of Medicine.

Primary congenital or infantile glaucoma occurs in the first year of life. While the disease is extremely rare, affecting 1 out of 10,000 children, it has a debilitating effect on patients’ lives.

Left untreated, infantile glaucoma results in blindness in roughly 10 percent of cases and reduced vision (worse than 20/50) in about half of all cases, according to EyeWiki, an online platform managed by ophthalmologists.

Researchers have yet to find what causes it, however, there are various conditions which can be associated with childhood glaucoma including Axenfeld-Reiger Syndome, Sturge-Weber Syndrome, neurofibromatosis, or chronic steroid use. The risk of developing glaucoma is also higher for children who have previously undergone cataract surgery.

About 10% of infantile glaucoma cases are inherited.

Northwestern scientists have been focusing their efforts on identifying the specific gene mutation linked to this disease and came across a gene called TEK. TEK is a gene that plays an important role in the development of a vessel in the eye called Schlemm’s canal, which drains fluid from the anterior portion of the eye.

In patients with glaucoma, Schlemm’s canal is either damaged or missing. Without anywhere to go, fluid builds up creating pressure and damaging the optic nerve. Currently, treatment plans are limited to medication and drainage implants. Doctors also recommend surgery as a first line of treatment but there’s a high chance of failure and not all children are eligible candidates.

TEK, the gene that holds a potential cure

Quaggin’s findings confirm an older theory. Two years ago, her team deleted the TEK gene in mouse models which had led them to develop glaucoma.

That first discovery piqued the interest of ophthalmologists and geneticists from around the world and later led to collaborations with Northwestern. The scientists, however, didn’t know how humans were affected by the mutations impairing the gene. Until now.

Foreign experts, Quaggin said, identified more mutations in this gene in children with this form of glaucoma. “It was one of those eureka moments that sometimes happens in science.” Quaggin’s colleagues found a total of 10 TEK mutations in 10 families with children suffering from primary congenital glaucoma. None of the children had mutations in other genes linked to glaucoma.

Studies found that TEK mutations identified in children behave the same as they do in mice, impairing the vascular signaling pathway which is vital for Schlemm’s canal development. “With TEK, we know exactly what’s going wrong,” Quaggin said.  It’s rare for studies on animal models and humans to have the same results. This eye vessel though, seems to function similarly in mice and humans.

Northwestern’s discovery represents a huge medical breakthrough. It could lead to new therapeutic targets for the treatment of severe glaucoma and other more common forms of the disease.

Other Northwestern researchers are also working on finding a safer treatment for breast cancer. They are currently recruiting patients for the clinical trial of  Tamoxifen gel, which is designed to treat breast cancer with little to no side effects. Scientists hope the topical gel version of Tamoxifen will prove to be equally effective and safer.