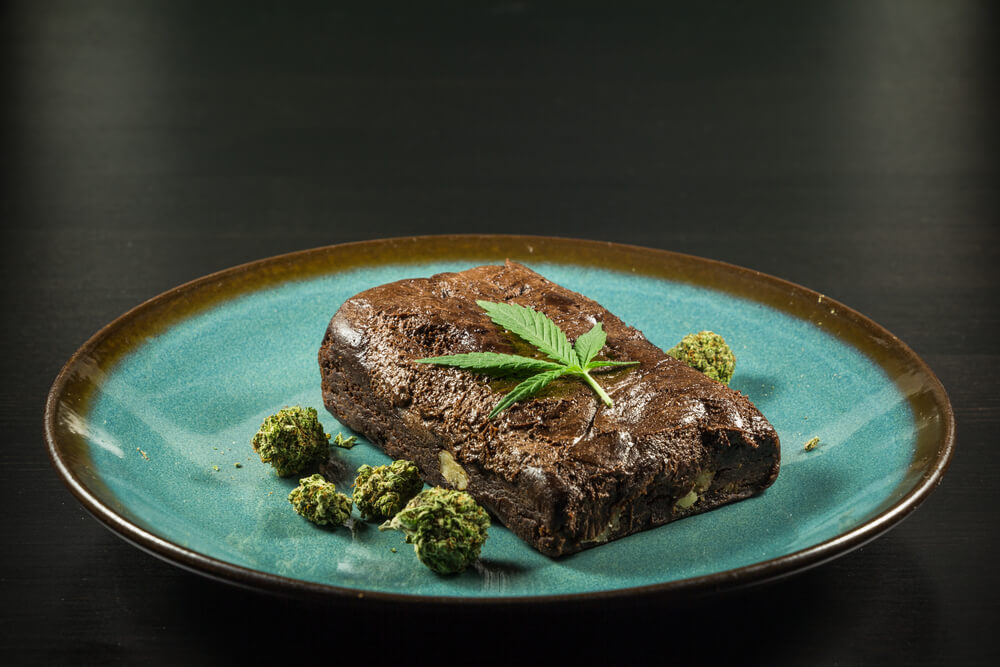 Pot Brownies Are Growing in Popularity: Here’s Why

How to Choose a Suitable Diet for Your Lifestyle
#Nqaba Matshazi

Marijuana and Senior Use: What You Need to Know
#Adam Mace

Onnit’s Nootropic “Alpha Brain”: 5 Things You Did Not Know About This Supplement
#Erica Young

Different Types of Face Masks and Their Effectiveness
#Nqaba Matshazi

Whether you’ve been using weed for years already, or remain relatively new to the scene, it is a fact universally acknowledged that edibles exist in a league of their own. Not only do they offer a welcome – and more discrete – alternative to smoking, but they are able to offer a high that no joint, bong, or pipe could ever pull off.

Yes, they may be slow to get going – most edibles, for instance, take around an hour or so to work their way through our digestive system before we begin to feel anything at all – but once they begin to kick in, the head-to-toe high is unlike anything devout smokers have ever experienced before.

That said, many of us still feel limited to that time-honoured pot brownie recipe we have been carting from house to house for the past decade or so – and, given how many incredible, edible creations cannabis lends itself to, that seems like a waste. More on that below.

Not all Highs are Created Equal

Many of us value edibles for their ability to create a profound, full body high that differs significantly from the high induced by a joint, bong, or vape. Of course, every positive comes with its own setbacks and, on the whole, users feel they have to sacrifice that immediate, knock-your-socks-off hit for the slow-burning effects of edibles.

At this point in time, there are not scientific facts to reinforce this claim, but plenty of anecdotal evidence would suggest that consuming cannabis needn’t necessitate a waiting game.

It Needn’t be an Indulgence

Few things hit the spot like a rich, fudgy brownie – unless, of course, it’s a rich, fudgy pot brownie. The thing is, the vast majority of are at least attempting to make our lives and diets that bit healthier and, unfortunately, the terms ‘rich’ and ‘fudgy’ are rarely used to describe good that is, objectively speaking, good for us.

Fortunately, ensuring that your body is getting the nutrients it needs while exploring your love of culinary cannabis is easier than ever before – a fact which will no doubt prove a blessing to those of us who thought edibles ought to be reserved to those rare cheat days.

Healthier edible recipes – whether you’re looking for something sugar-free, gluten-free, vegan or paleo – are continuously growing in number and popularity, thanks to the increasingly positive attention cannabis is garnering across the US.

Master the Basics, and the Sky’s Your Limit

Pot brownies have been a stereotype of so-called ‘weed culture’ since the 1960s, when Alice B. Tolkas published her friend’s recipe for ‘hashish fudge’ in her eponymous cookbook. Of course, what perpetuated the prominence of the humble brownie throughout amateur cannabis kitchens around the world is the fact that brownies are an incredibly quick, easy – and delicious – thing to bake.

Still, anyone who sticks to that same old recipe for brownies is missing out on a whole world of baked goods – literally. All it requires is for you to master a tried-and-trusted base for baked goods, in the form of cannabis-infused butter – known colloquially as ‘Cannabutter’.

By infusing your butter, you always have a kitchen staple to fall back on when you want to whip up a batch of something warm, sweet and delicious. Making a good Cannabutter does mean learning how to decarboxylate your cannabis but, once you have that mastered, you’ll be free to explore a whole new world of baking.

Of course, that’s not to say that you have to erase pot brownies from your culinary repertoire, but that exploring the full potential cannabis holds for obtaining that unforgettable high that only comes from edibles needn’t be restricted to just a single, decades-old page of your recipe book anymore.