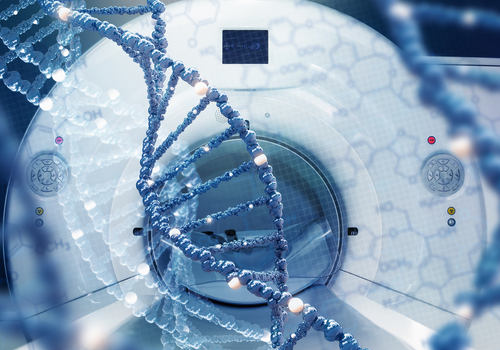 A Cambridge Massachusetts based immuno-oncology startup, RootPath, has raised $7 million in a seed funding round, as it enters a crowded field of new firms working on next generation T-Cell therapy.

Sequoia China led the funding round for this 2017-launched company.  Other participants were Volcanics Venture, BV (Baidu Ventures) and Nest.Bio Ventures.

“It [RootPath] is currently developing next generation technologies to precisely monitor, modulate and steer the immune system for a revolution in the diagnosis and treatment of cancer,” the website said.

RootPath Seeks To Carve Its Own Niche

RootPath CEO, Xi Chen said they were “developing a novel proprietary approach to immunotherapy that will overcome these limitations, and we are proud to have the support of Sequoia China and our other investors as we move towards the clinic.”

RootPath seeks to differentiate itself from other players in the field by concentrating on the scope, potency and speed of its therapy.

Chen explained that even “the best immunotherapies today are challenged by the complexities of the immune system, the scope and speed at which cells need to be analyzed and manipulated, and the targeted specificity that can be achieved in different disease settings.”

With the investment, RootPath is expected to further its immuno-oncology programs and get key data on accuracy, efficacy and safety from animal models.

Chen said they had nailed down the blueprint for the company’s lead program and they were now developing the technology, which could take three to six months.

In an ambitious roll out program the startup, founded with investment from Nest.Bio Ventures, says adding animal studies to its therapy will take six months, with investigational new drug (IND) studies expected to take a further six to twelve months.

The company hopes to carry out testing in humans within the next two years.

RootPath, which was founded by scientists and bioengineers instrumental in the development of synthetic biology, gene editing and single-cell sequencing technologies, says its next generation “technologies allow us to precisely monitor, modulate and steer the immune system for a revolution in the diagnosis and treatment of cancer.”

The startup was incubated in Nest.Bio Labs in both Cambridge, Massachusetts and Hangzhou, China.

Sequoia China Managing Director, Cyber Cao said there was need to dissect and engineer the immune system at a single-cell level and that he believes “RootPath’s approach is geared to solving that problem.”

Hingge Hsu of Nest.Bio Ventures said they were encouraged by the technological advances RootPath had made.  “The company’s novel approach in precision immunotherapy will undoubtedly pave the way for more targeted and more powerful therapies in various human cancers,” he said.

Cell therapies work by turning a patient’s own immune cells into a cancer therapy.

The BioSpace website explained that most immune-based therapies have a problem distinguishing between disease-causing immune cells, bystander immune cells, and immune cells that fight disease. This can result in toxic side effects and ineffective therapies.

“Part of RootPath’s approach is a deeper understanding of the sequences of individual immune cell receptors, their specific functions, and understanding how the various types of immune cells behave at any given time. RootPath uses single-cell analysis and manipulation at a high-throughput level while still keeping single-cell resolution,” the website states.

According to the XConomy website, there has been marked investor interest in companies that seek to make cell therapies less toxic and more effective. In the last two years, the U.S. Food and Drug Administration has approved two cell therapies for blood cancer.

Although cell therapies hold promise for blood cancers, there is yet work to be done to find successful applications on solid tumors. Such therapies have been reported to cause dangerous side effects in some cases.