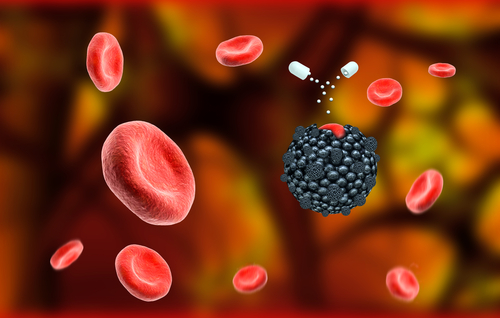 The U.S. Food and Drug Administration (FDA) has lifted a partial clinical hold on  Epizyme’s tazemetostat trials, a move that brings hope to thousands of patients with rare forms of cancer.

Epizyme is a Massachusetts-based biotech company developing novel epigenetic therapies. Its lead product candidate, tazemetostat, a small molecule EZH2 inhibitor, holds the promise for treating cancers that affect the blood and lymph system such as leukemia, lymphoma, and multiple myeloma.

In April, the FDA paused enrollment of new patients in clinical trials of tazemetostat, after one child who’s been participating in a pediatric study for 15 months developed lymphoblastic leukemia.

“More than 750 patients have been treated with tazemetostat to date, and this is the only case of secondary lymphoma,” the company said at the time.

Epizyme’s went to great lengths to get the hold lifted within five months.

The company brought comprehensive evidence that tazemetostat won’t lead to secondary lymphomas and had an independent group of scientific and medical experts validating the cancer drug’s efficacy and safety.

A glimmer of hope for cancer patients

Now, Epizyme is getting ready to advance tazemetostat into the New Drug Application (NDA) stage for treatment of epithelioid sarcomas. Once the application is submitted, the FDA has 60 days to decide whether to file it for review or reject it.

Sarcoma is a rare and difficult to cure cancerous tumor of the connective tissues. It is most commonly diagnosed in young adults between 20-40 years old and is often fatal. Median overall survival from the initial diagnosis is 30 months. Currently, there are few available therapeutic options including surgery, radiation therapy, and chemotherapy, all of which have challenging side effects for patients. Besides, patients with sarcoma are typically resistant to chemotherapy. Over 5,000 Americans are expected to die of soft tissue sarcomas in 2018 and another 13,000 new patients will be diagnosed with this cancer, according to recent estimates from The American Cancer Society.

For these people, any tazemetostat advancements bring a glimmer of hope for survival.

Data from 31 patients in the initial study group conducted in 2017 showed that tazemetostat treatment resulted in a 32 percent disease control rate (DCR).    Tazemetostat is still under partial clinical holds in France and Germany, two major trial sites for Epizyme. Seven of the 32 sites where Epizyme is conducting sarcoma phase 2 trials are in those countries.

“We remain steadfast in our commitment to bringing this potential therapeutic option to cancer patients in need of safe and effective new treatments,” Robert Bazemore, president and chief executive officer of Epizyme, said in a press release.

The FDA’s announcement was immediately reflected in stock prices. Shares in Epizyme rose 25% in premarket trade, a much needed comeback after Epizyme’s stock price fell more than 40% as a result of the hold.

The hold lift on tazemetostat is part of the FDA’s bigger effort to accelerate approvals for breakthrough drugs. The agency’s four expedited review and approval programs – Breakthrough Therapy, Priority Review, Accelerated Approval, and Fast Track – are now drawing more submissions than ever before.

Nearly two-thirds of the 38 new drugs approved in 2017 through mid-November were filed under one of these four programs. Of the four programs, 14 drugs were approved under Breakthrough Therapies.

In recent months, the agency has started to approve therapies that once seemed futuristic. Take for instance, Biotronik’s PK Papyrus stent. Meant to treat acute coronary artery perforation, a rare heart complication, the stent is the first FDA approved device of its kind in 17 years. This is a massive gain for the field of interventional cardiology and precision medicine. Coronary stent procedures have managed to replace open heart surgery and stents are now being used as vehicles for stem cells, to treat heart failure.

In its quest to fight the country’s opioid addiction, the agency has recently launched a one-of-a kind program to drive innovation of medtech devices targeting opioid addiction. Manufacturers were invited to submit applications for products in any stage of development, from diagnostic tests to mobile medical apps or software.

The FDA’s commitment to keep up with technological innovation was best showcased in July, at AcademyHealth’s 2018 Health Datapalooza. Commissioner Scott Gottlieb announced more efficient regulatory processes for companies working on artificial intelligence powered devices, so they can get their products to patients and providers faster.

Lastly, the agency has become more receptive to wearable devices. Apple’s new watch featuring an electrocardiogram (ECG) app, as well as another company’s smartwatch for Parkinson’s disease got the green light from FDA.