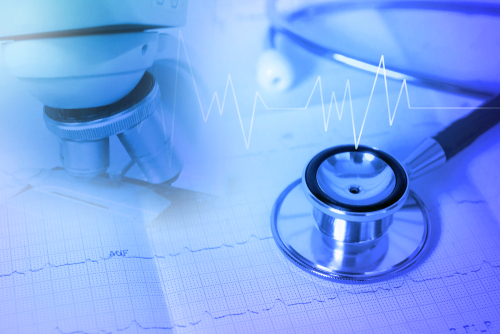 Governor names Public Health and Veterans’ Affairs directors, among others

Governor J.B. Pritzker continues to strengthen his team, naming a Cook County pediatrician and an Army combat veteran to lead the state’s public health and veterans’ affairs departments. These nominations come after the new governor already took steps towards ensuring better healthcare throughout the state, by signing an executive order to reinforce abortion rights followed by another to fund HIV treatments.

On January 31st, the new governor named Dr. Ngozi Ezike as director of public health, while army Lt. Col. Jaime Martinez will become the head of Veterans’ Affairs, after being the executive director of Joining Forces, a statewide nonprofit focused on serving military veterans.

Both appointments require confirmation by the Illinois Senate.

Who is the new Head of Public Health?

Dr. Ngozi Ezike will serve as Director of the Illinois Department of Public Health (IDPH).

Dr. Ezike comes from Cook County Health, where she has served for over 15 years. She is a board-certified internist and pediatrician, now serving as medical director of the largest juvenile detention facility in the country at the Cook County Juvenile Detention Center.

Before that, Dr. Ezike actively worked with the Austin community through health programs concerning obesity, diabetes, and breastfeeding, as medical director for the Austin Health Center.

She has also delivered primary and preventive care within community and school-based clinics, as well as inpatient care at Stroger Hospital.

Dr. Ezike has many other qualities which recommend her for the position to which she has been named. She holds a management certificate from Harvard Business School and is an assistant professor in the Department of Pediatrics at Rush University.

She is a national policy advisor on juvenile correctional health topics, and has taken part in  many local and national conferences for medical professionals, having given presentations for doctors and youth audiences alike.

She received her Doctor in Medicine title from University of California-San Diego and her Bachelor of Arts in chemistry from Harvard University.

Who will lead the Veterans’ Affairs Department?

Jaime E. Martinez will serve as Director of the Illinois Department of Veterans’ Affairs (IDVA).*  Martinez now serves as executive director of Illinois Joining Forces, a nationally-recognized statewide nonprofit and public-private partnership that brings services and support to veterans at the community level.

He received his Master of Arts in Law and Economics, his Juris Doctorate from the George Mason School of Law and his Bachelor of Arts in political science from Eastern Illinois University. Martinez was also a distinguished graduate of the United States Marine Corps Command and Staff College.

He made a  medical retirement from the Fort Belvoir Wounded Warrior Battalion in 2010. Since then, he basically has worked in benefit of veterans, while serving as a staff attorney for veteran legal aid clinics, general counsel to the Illinois Department of Veteran Affairs, senior counsel to Student Veterans of America (National), supervising attorney to the Illinois Armed Forces Legal Aid Network (IL-AFLAN), and as the executive director of the Illinois Joining Forces Foundation.

Two other new staff members of the Governor’s Office

Governor J.B. Pritzker also appointed two more members of his staff. Choosing the first of them further confirms the governor’s dedication to putting an end to the HIV epidemic.

Ramon Gardenhire, who will serve as Deputy Chief of Staff for Policy in the Office of the Governor, is currently the vice president of policy for the AIDS Foundation of Chicago, overseeing AFC’s advocacy and policy work at the federal, state and local level.

Before that, from 2011 to 2013, Gardenhire was the AFC’s director of government relations. In this capacity, he worked to expand Medicaid coverage for half a million Illinois residents. He also helped enact comprehensive sexual health education for Illinois students.

Previously, Gardenhire has worked at the SEIU Healthcare Illinois-Indiana, Federation for Community Schools, Young Democrats of America, National Democratic Committee, The American Academy of Child and Adolescent Psychiatry and the American Academy of Physician Assistants, where he worked on state level political and legislative initiatives. He received his Juris Doctorate from Wayne State University Law School and his bachelor’s degree from Slippery Rock University.

The second person nominated to have a position in gov. Pritzker’s office is Pat Collier, who will serve as Deputy Chief of Staff for Federal Affairs. Collier, who received his Juris Doctore from Washington University School of Law in St. Louis and his Bachelor of Arts in government from the University of Virginia, previously served as policy director on Governor Pritzker’s campaign. Before that, he was the director of government affairs for the Center for American Progress, a progressive Washington think tank. For several years, Collier was policy counsel to Senate Majority Leader Harry Reid and Minority Leader Chuck Schumer on the U.S. Senate Democratic Policy Committee. He also served as a regional political director for Obama for America in 2008.