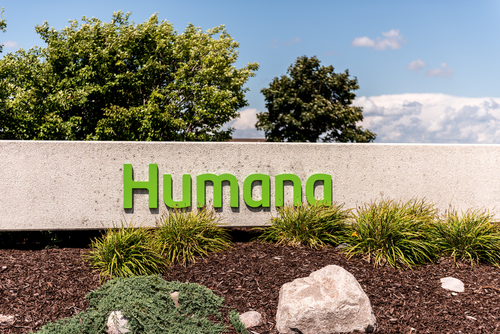 The generic drug manufacturers are accused of fixing prices and dividing the market to cripple competition.

Humana filed the complaint in the United States District Court for the Eastern District of Pennsylvania on August 3rd claiming conspiracy by the firms to ‘obstruct generic competition.’

The giant health insurer claimed that it spent more than $1.7 billion on generic drugs listed in the complaint, which were bought at “grossly inflated prices.”

30 pharmaceutical companies targeted in the lawsuit

According to the lawsuit, close to 30 pharmaceutical companies conspired with generic drug manufacturers to allocate markets among themselves and obstruct generic competition.

“Humana brings this action to recover damages it incurred from egregious overcharges it paid for certain widely-used generic drugs, arising from a far reaching conspiracy among defendants and others to blatantly fix the price of such drugs,” says the court application.

It argued that the alleged price fixing increased the drug firms’ profits at the expense of consumers, the government and health insurers.

The manipulation of prices was allegedly done through secret communications and meetings.

The insurer says the manufacturers conspired to “obstruct generic competition….(and) fix, increase, stabilise and/or maintain the price of (specific) drugs.”

Humana said the illegal activities were conducted through meetings held by the Generic Pharmaceutical Association, Efficient Collaborative Retail Marketing and the National Pharmacy Forum, among others.

“The United States is a venue ripe for illegal anti-competitive exploitation of prescription drug prices due to laws that regulate how prescription drugs are prescribed and how the prescriptions can be filled,” the complaint said.

The U.S. Justice Department has several ongoing investigations into generic drug companies in nearly every state.  The Humana lawsuit seeks to build on the large scale probe.

In its complaint, the Delaware-headquartered Humana said some of its allegations were based on information made public during the ongoing government investigations of generic drug companies, including those cited in its lawsuit.

An investigation into suspected price fixing by generic drug companies started during the Obama administration in 2014.

The probe followed a congressional hearing that was prompted by a National Community Pharmacists Association letter to the Senate Committee on Health, Education, Labor and Pensions and the House Energy and Commerce Committee.  The letter complained about a spike in prices of generic drugs throughout the country.

Over one thousand pharmacists included in a survey by the two committees reported increases in prices of essential generic drugs exceeding 1000%.

Major generic-drug manufacturers such as Mylan and Teva Pharmaceutical Industries Ltd were initially targeted in the investigation, which has spread to cover the entire industry.

A year later, a lawsuit brought by the attorneys general of 45 states and the District of Columbia targeted 18 companies and subsidiaries involved in the alleged price fixing of at least 15 medicines.

Mylan NV Executive Director and President Rajiv Malik and Satish Mehta, the managing director and CEO of Emcure Chemicals from India were also targeted in the investigation.

At the time, Mylan said it had found no evidence of price fixing by the company or any of its employees.

The company vowed to defend itself vigorously against the price fixing allegations.

Humana is the second largest Medicare advantage organization in the United States. It has several subsidiaries across the country, which it says were affected by the price fixing conspiracy.

In the U.S., the production of generic drugs is regulated through the Hatch-Waxman Act of 1984 that encourages “the production and sale of cheaper generic drugs by simplifying the regulatory hurdles that generic pharmaceutical manufacturers must clear to market and sell their drug products.”

Humana said the U.S generic drug market was susceptible to collusion because of a high level of concentration characterised by a small number of competitors that controlled nearly 100% of the market for each of the drugs that were a subject of its ground breaking lawsuit.

It also cited several barriers to entry such as the high costs of “manufacturing, developing, testing (and) securing regulatory approval and oversight.”

The insurer argued that pharmaceutical companies “used their memberships in numerous trade organisations to facilitate conspiratorial communication and implement their anticompetitive scheme to raise, maintain and stabilise prices, rig bids, and engage in market and customer allocation.”