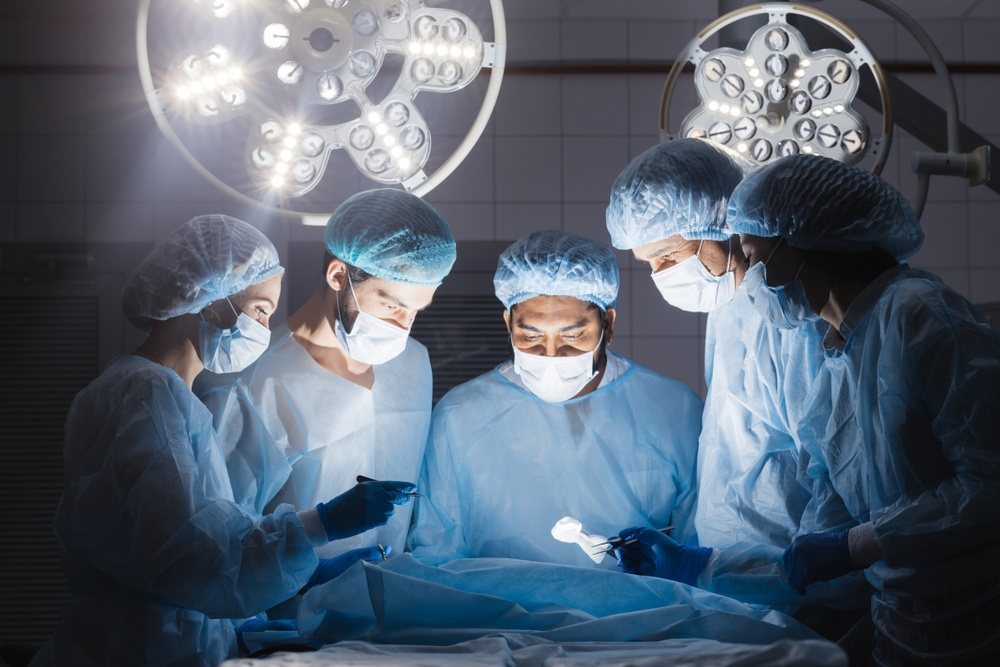 Reasons for the Increase in Obesity Worldwide
#Marina Turea

Results of a new survey show that one in five surgeons in the U.S. plans to retire early due to the physical strain that their bodies go through when conducting certain medical operations.

The surgeons said conducting laparoscopic surgery was literally back-breaking work. Of those who responded to the survey, 78 percent said they had experienced muscular or back pain while performing laparoscopic surgery. To illustrate the problem, 13 percent of surgeons in the U.S. said they have had to consult with a healthcare professional due to musculoskeletal injuries.

The survey, by CMR Surgical, presents somewhat of a dilemma for the medical profession. Minimal access surgery has markedly improved patient outcomes. However, the arduous nature of keyhole surgery could force 20 percent of surgeons to retire early.

Minimal access surgery “can be difficult to conduct and physically grueling for a surgeon to do, where the surgeon stands in physically difficult positions to conduct procedures including hysterectomy, hernia-repair, and colectomy,” a statement accompanying the report said.

What was particularly disconcerting for the surgeons is that they had to take awkward positions when conducting minimal access surgery.

How does the U.S. compare with UK and Germany

It is not just U.S. surgeons, though, who are planning early retirement. The survey showed that 20 percent of their counterparts in the United Kingdom are also thinking of retiring early. Germany fares slightly better, with 15 percent of surgeons in that country planning to retire early due to the physical impact of conducting keyhole laparoscopic surgery.

In addition, the report revealed that the most common areas of discomfort are the back, neck, and shoulders for surgeons. It said that surgeons who perform colorectal surgery are significantly more likely to consider early retirement than those who perform gynecological surgery.

It said surgeons who are under 5 ft 3” or over 6 ft 1” are most likely to experience muscular or back pain during, or as a result of, surgery.

CMR Surgical surveyed more than 450 general, gynecological and colorectal surgeons across the U.S. and Europe.

“Surgeons of all stripes are reporting musculoskeletal pain and injuries as a result of going to work every day. It is hard to imagine that those responsible for any other workplace, let alone one where the stakes are so high, such as in surgery, would tolerate rates of worker injury such as are now being reported by surgeons. Surgeons need to be supported to conduct minimal access procedures sustainably in order to protect the future of the surgical workforce, for the benefit of surgeons, hospitals and most importantly, patients,” Adrian Park, Professor of Surgery and Chairman at Anne Arundel Health System, Johns Hopkins University School of Medicine, said.

Mark Slack, Chief Medical Officer at CMR Surgical, said it was unacceptable to conduct laparoscopic surgery and offer its benefits to patients and healthcare providers, while neglecting the impact this technique had on the surgical workforce.

The CMR Surgical report further sheds light on the problems the medical sector is facing. While the advances in technology have had an immeasurable impact on patients, a report by the Harvard T.H. Chan School of Public Health, the Harvard Global Health Institute, the Massachusetts Medical Society and the Massachusetts Health and Hospital Association (MHA) said burnout has become widespread and is driven by rapid changes in health care and in the doctors’ professional environment.

This is further compounded by projections that the U.S. will have a deficit of more than 7,000 general surgeons by 2050.

In addition, the Association of American Medical Colleges predict the U.S. will see a shortage of up to 122,000 physicians by 2032. Among specialists, the report projected a shortage of between 14,300 and 23,400 surgeons.

“This is really no longer a surgeons’ issue. The data is clear that while the workload of surgeons is increasing, the workforce is decreasing or static at best. To meet this need, the last thing society as a whole can afford is shortened surgical careers,” Park advised.