Sign up for Digital Strategy Newsletter
Home › 29 percent of U.S. doctors are born outside the U.S., new study shows 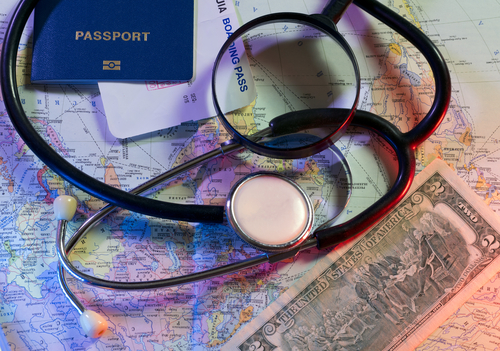 29 percent of U.S. doctors are born outside the U.S., new study shows

The American healthcare system increasingly relies on immigrants, and the population’s growing health related needs will put an even greater strain on the health sector in the near future. More than one in four doctors now working in the United States were not born here and, according to the new study, this is also the case for many nurses, dentists, pharmacists, and home health aides.

An older population, in need of more healthcare professionals

An aging population with a parallel projected rise in chronic illnesses is expected to put pressure on the healthcare system in the next few years, especially if a steady influx of trained personnel  to fill those jobs can’t be maintained.

In order to face the ever growing needs in the system, healthcare industry employment is expected to grow 18 percent, or by 2.4 million jobs, in the next eight years, according to the Bureau of Labor Statistics.

Some of these new positions will have to be filled by foreigners.

A closer look at the data, broken down into 25 different medical specialties, shows just how much the U.S. healthcare system already relies on immigrants.

Almost five percent of healthcare professionals are not U.S. citizens

National estimates of the proportion of current healthcare professionals, including physicians, who are non–US-born or noncitizens is unknown. These proportions may be significant. For example, non–US-born medical graduates comprise approximately one-fifth of practicing US physicians, and among non–US-born medical graduates who match into residency positions in the United States, approximately 60 percent are not US citizens. Using data from the US Census, this study estimated the proportion of non–US-born and noncitizen health care professionals in the United States in 2016.

According to the researcher’s analysis of U.S. census data for 164,000 healthcare professionals, almost 17 percent of these were born outside U.S. borders, and almost five percent were not US citizens.

The new study results show that about 29 percent of physicians were born in other countries and that almost seven percent are not U.S. citizens. The numbers reveal that the dynamics of healthcare professionals are different, depending on their level of studies, with more physicians coming from abroad than any other of the healthcare professions.

Only 16 percent of the registered nurses are foreign, and only three percent are non-US citizens.

In between these two categories, there are dentists, of whom roughly 24 percent are immigrants to the US, and four percent were not citizens. Very close percentage-wise are home health, psychiatric and nursing aides, with slightly more than 23 percent born outside the US, and almost nine percent still not citizens, according to the study.

Next in line were pharmacists. Of these, 20 percent were born elsewhere and almost four percent are not US citizens.

Where do these foreign professionals come from?

The survey was conducted in 2016, using mail, phone, and personal interviews conducted by the US Census Bureau.

The authors think it is possible that some of the professionals included in the survey might not have disclosed their immigration or citizenship status, so in fact the proportion of workers in the industry who were born outside the U.S. might have been underestimated.

Even so, according to the available data, it is easy to notice most foreign healthcare professionals in the US come from Asia; they comprise about six percent of the total workforce, with Mexico, Central America and the Caribbean accounting for about five percent of health workers. The percent of foreign-born physicians in the U.S. has remained fairly steady for a decade, author Anupam Jena said.

According to the Association of American Medical Colleges, the demand for foreign-trained doctors will only increase in the US as the growing need for accessible, affordable healthcare in the United States continues to increase. They found that the country will continue to need more doctors than it can train in time to replace a large number of professionals retiring in the next few years. The projected shortfall is of between 46,100 and 90,400 doctors by 2025, mostly in primary care.

The Association believes that U.S. immigration policies limit foreign doctors from immigrating to and practicing in the United States. It could become a very difficult to find a solution to this situation since, while policy-makers are trying to decide which course of action is in the country’s best interest, foreign-trained doctors are already becoming the lead caregivers in many communities across the United States. Since some of these communities are in already underserved areas, an increased doctor shortage will make things even more difficult.

The healthcare system has to find solutions not only for remote areas, but also to compensate for healthcare professionals who decide to work fewer hours than before, in order to avoid overstressing and burnout syndrome.

Plus, as the general population becomes ever more diverse, there is a real need for the healthcare system to reflect this reality. “There are also advantages for patients when the health care workforce mirrors the diverse languages and cultures of the population as a whole”, said Dr. Vineet Arora of the University of Chicago Pritzker School of Medicine.

‘Certain patients, such as immigrants or those who speak a different language, may prefer or do better with doctors born outside the U.S. due to cultural or language factors.’

Insights
New Study Highlights the Potential Benefits of Gaming for the Brain
February 9, 2022
870