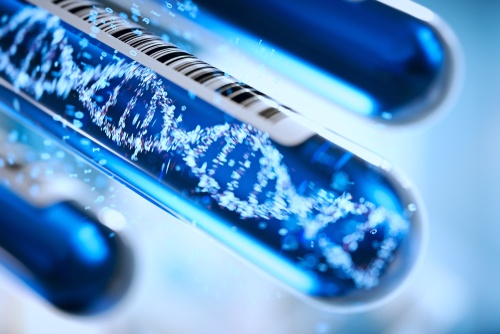 uBiome, a start-up that sells health tests, said on Monday, May 6th, that it is suspending clinical operations for its health tests, including SmartGut and SmartJane.

The decision follows news that FBI agents conducted a search of uBiome’s offices on April 26th. The FBI confirmed that it had visited the address, as part of an ongoing investigation into the start-up’s billing practices.

Last week, the company announced that its founders, Jessica Richman and Zac Apte, are on “administrative leave”. John Rakow, its general counsel, is now the interim CEO.

The specifics of the company’s billing practices remain unclear for now, although insurance companies like Aetna, Anthem and Regence Blue Cross Blue Shield are also said to be looking into uBiome’s billing habits. A source from the insurance industry, who remains unnamed, told the Wall Street Journal that uBiome had billed some patients with private Medicare plans. A patient complained to California’s Medical Board that tests based on a uBiome checklist were approved by doctors without contacting him.

In the months before the FBI search, the company often billed insurance companies multiple times for its tests without patient consent, insiders told CNBC.

This was a common practice at uBiome, according to inside sources, who say overbilling serviced an aggressive growth plan focused on increasing the number of billable tests served. uBiome was billing patients multiple times without their consent, and insurance plans started to refuse payments. The company also pressured its doctors to approve tests with minimal oversight, according to insiders and internal documents seen by CNBC.

One customer, Marc Harris, told CNBC that he sent in two samples, but the $2,970 test was billed to his insurance five times. Harris, who is in his mid-50s, started receiving ads from uBiome last year. Harris has a rare gastrointestinal disorder and often searches for new information on this subject. Believing uBiome targeted him based on his search history, Harris ordered the SmartGut test from uBiome, which promised to provide new insights into the bacterial makeup of his gut, which would have helped improve his health. Harris was expecting to receive one test. Instead uBiome sent six kits in the mail, with an email noting the company would track his “microbiome changes over time”.

After that, Harris said, uBiome sent him more than three emails every week pushing him to send back the samples. He ended up returning two, and received an Amazon gift card in return. He didn’t finish the full six. His doctor thought the test was not valuable, and Harris did not receive any new information regarding his disease.

In the end, Harris was surprised to see the test billed to his insurance five times, with the cost amounting to $2,970 per test. He gave CNBC a copy of his insurance claims history, as well as more emails from uBiome.

The e-mail sent to customers explained the situation

As stated, uBiome sent an e-mail to customers detailing some of the recent events, as well as measures taken following the FBI search.

The company noted that it would continue to sell Explorer, its direct-to-consumer product.

uBiome said it was fully cooperating with the federal authorities.

Co-CEOs, Jessica Richman and Zac Apte, are currently on administrative leave while an independent firm conducts an investigation into the company’s billing practices with oversight by a Special Committee of the Board. “Once complete, we will take any corrective actions that are needed to ensure we can become a stronger company better able to serve patients and healthcare providers”, the message stated.

Company chief Jessica Richman said the company didn’t bill government customers. Meanwhile, uBiome said in a statement that it didn’t have control over doctor billing and that any “improper” billing wasn’t tied to its own practices.

Any SmartGut or SmartJane request or order that is pending on a customer’s account has been canceled, the e-mail said. Any out of pocket upfront payments will be refunded within 3-5 business days. Clinical reports will not be released, samples will not be processed, all billing and shipping of kits will cease, at this time.

The company says it is only a suspension

Despite these legal problems, the science and technology behind uBiome seem to be sound. Even though we don’t yet clearly know how useful microbiome data really is, DNA sequencing tests like uBiome’s SmartGut should at least provide accurate data.

This is only a suspension, or at least this is what the company said in the cited e-mail. “This does not mean we will not offer clinical products in the future, nor does this insinuate a lack of value or utility in our products. There is significant clinical evidence that demonstrates the utility and value of uBiome’s products as important tools for patients, healthcare providers, and our commercial partners”, the e-mail also stated.