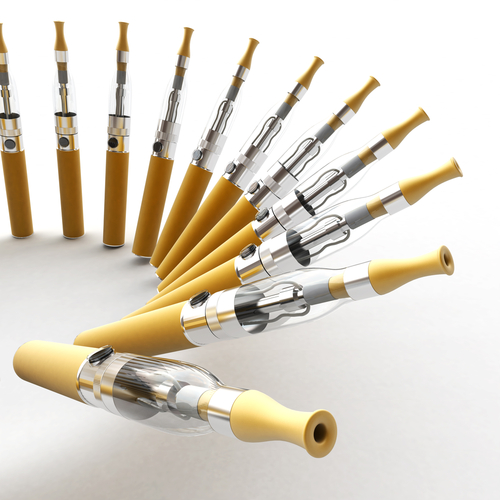 When Technology Doesn’t Solve a Problem: Use of E-Cigarettes Can Nearly Double the Risk of Heart Attacks (Study)

How to Measure the ROI of Digital Healthcare Innovation
#Marina Turea

Technology is the driving force behind innovation in healthcare.  That is reflected not only inside an organization, but also in the smart devices that can go wherever the patients go.

Most are build on the premise of encouraging users to trade a bad habit for a good one. “Get off the couch and get your steps in.” “Nix the burger. You could be eating a wholesome meal for the same amount of calories.” “Your sleep cycles are out of whack. Make sure to rest more.”

Electronic cigarettes and vaporizers have a similar selling point.

Manufacturers say they are safer than conventional cigarettes because they deliver a nicotine aerosol by heating a liquid versus inhalation of burning tobacco.  For this reason, manufacturers claim vaporizers represent a healthier alternative to keep nicotine cravings at bay.

E-cigarette companies are banking on customers choosing the lesser of the two evils. It seems to be working. The global vapor products market is expected to cross $43 billion by 2023, according to recent reports.

There are currently more than 460 different e-cigarette brands offering a variety of products resembling pens, pipes or USB memory sticks. Easy to use, e-cigs come in different flavors and have less nicotine than regular cigarettes. For instance, some brands contain 5 percent nicotine, equivalent to a pack of cigarettes.

At first glance, these products are just another example of health enhancing technology.

Studies on the negative effects of e-cigarettes on health are scarce.

A recent analysis based on a survey of nearly 70,000 people however, brings evidence that the health gains touted by e-cigarette companies could be nothing more than smoke and mirrors.

Vaping your way to a heart attack

Use of e-cigarettes every day can nearly double the odds of a heart attack, UCSF researchers found. Published in the American Journal of Preventive Medicine on August 22, the study also shows that switching between e-cigarettes and conventional cigarettes on a daily basis – a common practice among users – raises the heart attack risk up to five times more compared to people who don’t use either product.

Contrary to popular belief, most adults who use e-cigarettes continue to smoke normal cigarettes, said lead author Stanton Glantz, a professor of medicine at the University of California, San Francisco.

“While people may think they are reducing their health risks, we found that the heart attack risk of e-cigarettes adds to the risk of smoking cigarettes,” Glantz said.

The analysis was based on combined data from two national surveys of almost 70,000 people carried out in 2014 and 2016.

“Those looking to transition from conventional cigarettes to e-cigarettes should be aware of the risk of myocardial infarction,” Dr. Will Cole, one of the top 50 functional-medicine and integrative doctors in the nation, said to Healthcare Weekly. “Using cigarettes and e-cigarettes interchangeably is actually more detrimental to your health than just sticking to one form or the other.”

Dr. Cole said the best option for someone trying to quit cigarettes, is to stop smoking altogether. In fact, e-cigarettes  are not currently approved by the FDA as an aid to quit smoking.

“The data from this survey further supports our position that e-cigarettes should not be used recreationally or as an aide for smoking cessation,” Dr. Lynne Braun, President-Elect of the American Heart Association Midwest Affiliate Board of Directors told Healthcare Weekly.

E-cigarettes, Braun explained, can cause changes to the inside lining of the arteries such as plaque buildup, blot clot formation and plaque rupture, all common culprits of heart attacks. “They are harmful to smokers and those around them, and they must be included in all smoke free and tobacco control ordinances,” Braun said about e-cigs.

Smoke-free laws created by the American Cancer Society Cancer Action Network (ACS CAN) and adopted by all states, prohibit the use of electronic cigarettes and hookahs in all public places, including non-hospitality workplaces, restaurants and bars.

According to Food and Drug Administration (FDA) regulations, minors can no longer buy e-cigarettes in stores or online.

Teens are at risk of “heart distress”

The study has a silver lining: the risk of heart attack starts to drop immediately after people stop using e-cigarettes. As opposed to former smokers, former e-cig users don’t appear to have the “lasting effect” of myocardial infarction risk.

Still, Glantz warned that “the only way to substantially reduce the risk of a heart attack is to stop using tobacco.”

Although, this is the first study to examine the link between e-cigarette use and heart attacks, the Centers for Disease Control and Prevention (CDC) has been trying to warn consumers about the potential dangers of these devices for years.

On one hand, it’s true that e-cigarettes contain lower levels of carcinogens than conventional cigarettes, the CDC said.  The flipside is that they deliver many toxins that have been linked to increased cardiovascular and non-cancer lung disease risks. Harmful substances found in e-cigarette aerosol include ultrafine particles that can be inhaled deep into the lungs, flavorings such as diacetyl, a chemical causing serious lung disease plus heavy metals such as nickel and tin.

Despite these warnings and regulations, e-cigs have become increasingly popular among teenagers. In 2016, more than 2 million American middle and high school students reported using e-cigarettes in the past month. Their go-to device? The Juul, which can be disguised as a USB drive.

Juuls become such a phenomenon that the leading e-cig maker introduced lower nicotine options for some of its flavor pods as a result of mounting public scrutiny.

Studies show that young people who use nicotine products, including e-cigarettes, are harming the brain circuits responsible for attention and learning. They are also at risk for developing heart issues.

Released in 2016, the Surgeon General’s Report on E-cigarette Use Among Youth and Young Adults , clearly states that chemicals and ultrafine particles found in e-cigs can cause “heart distress.”

The rise of these devices only adds to the nation’s epidemic of heart failure.

The AHA estimates that one in five adults will develop heart failure after the age of 40. As with everything else, when it comes to the human heart, technology turns out to be a double-edged sword.

With this new study, Glantz and his team opened the door for more research on e-cigarettes. Meanwhile, through innovative technologies and procedures such as angioplasty, stents or stem cell therapy doctors are treating heart disease.