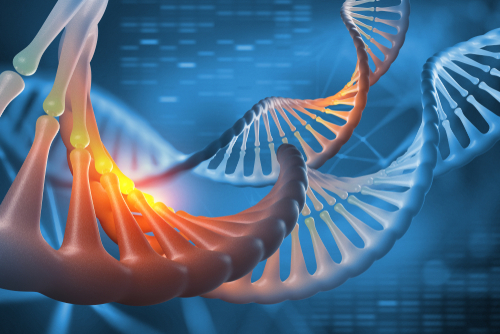 Drug discovery is a long and tedious enterprise. According to Tufts Center for the Study of Drug Development, it costs 1.3 billion dollars to take a drug through the R&D phase and the FDA approval phase.

One startup believes it can streamline this process significantly.

With this round, Emily Melton of DFJ  will join Verge Genomics’ Board of Directors. New biotech investors WuXi AppTec’s Corporate Venture Fund, ALS Investment Fund, Agent Capital, and OS Fund also participated in the round. This brings Verge’s total funding raised to-date to more than $36 million.


“We wanted our investor syndicate to reflect the same interdisciplinary mindset and are excited to bring together top investors from both the biotech and technology sectors. This funding will allow us to advance our most promising drug candidates towards the clinic”, Alice Zhang, Co-founder and CEO of Verge Genomics, said.

How does Verge Genomics work?

The founders’ vision is that Verge will become the first pharmaceutical company that automates its drug discovery process.

Verge is using automated data gathering and analysis to tackle main problems in drug discovery. In other words, they are taking an algorithmic approach to map out hundreds of genes that play complex roles in brain diseases like Alzheimer’s, Parkinson’s or ALS.

Verge’s hypothesis is that gathering & analyzing gene data will positively impact the drug discovery phase starting with the preclinical trials.

The idea is that Verge can use AI to monitor the impact that specific drug treatments have on the human brain starting with the preclinical phase. As a result, drug manufacturers can get a better picture early on about the effectiveness of a drug on human cells.

If this AI-driven approach works, it will shorten the drug development process for developing multiple lifesaving treatments for diseases like Alzheimer’s disease, ALS, and Parkinson’s disease, all currently incurable diseases.

Can the future of treating incurable diseases be shaped by AI? Some experts think so!

According to the Verge Genomics CEO,  tedious screening of millions of drugs will be replaced by a computational prediction of which drugs might actually work, saving big pharma billions of dollars and increasing the speed to market for certain drugs.

“By vertically integrating machine learning and drug development capabilities under one roof, we have been able to quickly identify dozens of promising new therapeutic opportunities for devastating diseases such as ALS and Parkinson’s Disease,” said Alice Zhang.

As ambitious as this statement may be, Doctor Zhang does not stand alone. In fact, executives from different companies are getting really excited about the potential applications of Verge Genomics’ innovative approach to pre-clinical trials.

“Verge has built one of the most comprehensive datasets that we have worked with for disease understanding, machine learning, and artificial intelligence,” said Mr. Edward Hu, Chief Financial Officer and Chief Investment Officer of WuXi AppTec.

The team behind Verge Genomics

According to Alice Zhang, the founders started their company due to their pure frustration with the huge amounts of time & money needed to develop new treatments.

Currently, it takes 12 years and $2.6 billion to get a single drug to market, with the drug discovery and development process costing $1.4 billion for each new drug.

The team of Verge Genomics might be confident in their approach – and clearly so are their investors – but is it enough for the company to succeed? Naturally, there are many skeptics.

Ash Jogalekar, a scientist and science writer based in the San Francisco Bay Area who has been blogging for the “Curious Wavefunction” for the last ten years, addressed the issue on Twitter. Without naming the company, Jogalekar said,

“If a start-up company is saying they are going to find the cure for diseases like Alzheimer’s, ALS or IBS using computation, that should make you very skeptical.”

Similarly, Derek Lowe writing for Science Translational Medicine believes that it is dangerous to think you can do too much, too soon.

“If you can create a new device with new functions and have it adopted by millions of people as part of their everyday lives, you have indeed accomplished something. But that accomplishment might give you an exaggerated idea of your overall ability to affect reality as well. That’s not because fabricating new chip designs and writing good code are easy: no, those things are hard. But drug discovery and medical advances, sadly, are even harder “, states Lowe, wishing Verge Genomics good luck in tackling all problems.

We agree the fight is huge, and Verge Genomics might seem like David amongst the Goliaths of the pharma industry.

But at least they have more than rocks to throw in the game.

Who are Verge Genomics’ founders?

Alice Zhang, 29, left school in 2015, three months shy of defending her Ph.D. at the University of California-Los Angeles, to start Verge Genomics with Jason Chen. Ms. Zhang has been at the forefront of systems biology research for over seven years, at the National Cancer Institute and the Lewis-Sigler Institute for Integrative Genomics at Princeton University.  During her tenure, she has co-authored four peer-reviewed papers in high profile journals including peer-reviewed journals like Cell and Neuron. She graduated from Princeton University magna cum laude with high honors in Molecular Biology and is a 2012 recipient of the prestigious Paul & Daisy Soros Fellowship for New Americans. In 2010, she began training in the UCLA-Caltech MD/Ph.D. program, with a focus in neuroscience, where she spent five years investigating gene networks involved in neuro-regeneration.

Digital Disruption Digital Transformation
The ultimate guide to telemedicine – one of the greatest health innovations of the 21st century
May 19, 2022
312