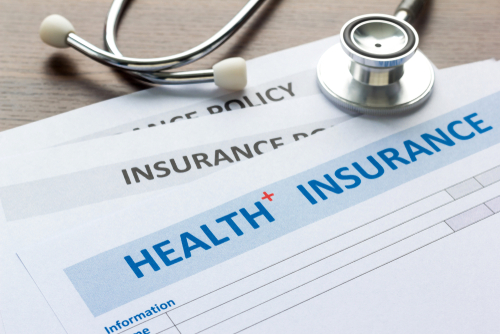 According to the report, in order to reach that goal, the state would first have to implement an individual insurance mandate and by doing this, Illinois would remove the Affordable Care Act’s (ACA) penalty for not having health insurance.

The results would be nothing less than impressive as close to 143,000 residents would receive insurance, an 11.5 percent increase in the current rate. And they would pay over 12 percent less for it, too.

The good and the bad

Currently, the ACA gives people two choices. Either they enroll in an insurance plan or they pay a penalty. This rule was meant to convince healthy people to purchase – and stay enrolled – in a health plan, thus stabilizing the insurance market.

A tax reform bill (the Tax Cut and Jobs Act of 2017) passed last year by Republicans eliminated this penalty, a decision which will become effective as of January 2019.

Without a basic understanding of how the health insurance market works, the news might be received by some with a sigh of relief.

But the Congressional Budget Office’s predictions are nothing to celebrate – the penalty repeal is projected to reduce coverage by about 8.6 million people. As a result,  premiums will increase by 10 percent each year.

One way states, including Illinois, could tip the balance in the favor of its residents is by implementing an individual insurance mandate.

The Commonwealth Fund report examined what would happen if all states enacted a mandate – “states can exercise their own authorities to reduce the number of uninsured and make insurance more affordable for their residents,” explained David Blumenthal, M.D., Commonwealth Fund President.

Blumenthal and his team found out that if all states adopted an individual mandate, nearly 4 million people would gain insurance by 2019, and marketplace premiums would fall by an average of 11.8 percent.

This percentage would vary from state to state based on a multitude of factors. New Mexico, for instance, might see the biggest difference, with premiums decreasing by more than 20 percent. In states like Kentucky, Nevada, North Dakota, or Washington the mandate would make premiums drop by 15 percent or more.

The more people insured, the bigger the savings for state governments.

Under new state mandates, demand for uncompensated care would fall by $11.4 billion nationally, the new report finds. Depending on each state, uncompensated care costs would drop anywhere from $500 million to more than $1 billion.

Insurers are also supportive of the individual insurance mandate. Without it, they will lose healthy enrollees, leaving them with a potentially smaller and sicker risk pool. Providence Health Plan in Oregon, expressed concerns that the administration’s proposed rule will “result in market segmentation and increased morbidity in ACA markets.”

So far, only two states have adopted the mandate.

Massachusetts took the jump in 2006, and New Jersey passed a state-level mandate that takes effect in 2019. Vermont passed a mandate that will take effect in 2020 and the District of Columbia also has a bill pending.

One of the biggest sources of state revenue brought by this switch would come in the form of penalties paid by those who don’t comply with the law. Right now, almost 9 million American families fall into that category. Penalties collected from these people, ranging from a low of $630 to a high of $1,270 per family, would amount to $7.4 billion.

On the flip side, many of these families may retain insurance coverage precisely to avoid the penalty. This would cause a positive ripple effect: with enough healthy people staying in the insurance pool, premiums would be lower, which in turn will make coverage appealing to more customers.

But there’s a catch.

Some states would have to develop new financial structures to collect those penalties, the authors of this study point out. And not all governors and state policymakers are fully on board with the changes.

Even so, the states who took the jump could serve as a model for Illinois. Better yet, experts on health policy suggest using ACA as a template, then customizing the program to better fit each state’s residents.

Illinois could find inspiration in Maryland, a state which has yet to adopt the mandate, but has a proposal pending.

To increase enrollment, for instance, this state might allow people to “use their penalty payment as a “down payment” toward purchasing health insurance.”

Such plans, called “junk insurance” by some Democrats, were the reason why four cities recently sued the Trump administration. All recent state mandate proposals ensure that short-term insurance doesn’t count as qualifying coverage.

An individual state mandate would be challenging to implement. Still, Illinois has the advantage of innovative and bipartisan health policymakers who have proven that they would go to great lengths to serve its residents.