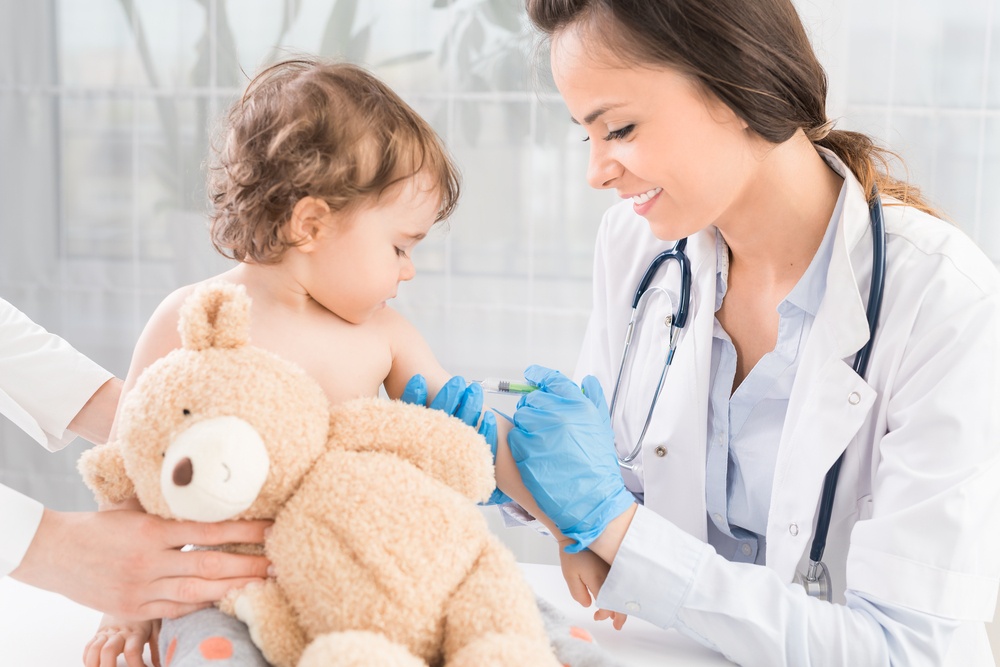 Illinois Governor J.B. Pritzker’s administration has stepped up a drive to ensure that vaccines are available to low-income children in an effort to improve vaccination rates in the state.

Officials hope acquiring vaccines for CHIP-eligible children through the VFC program will increase the number of providers for these vital services and help ensure vaccines are more readily available for low-income children.

“Illinois is committed to every child being vaccinated. The U.S. is seeing the greatest number of measles cases since 1992 despite the fact that measles was declared eliminated in 2000. Vaccination is the safest and most effective way to help prevent measles cases and outbreaks and we are continuing to take aggressive action to ensure that all children continue to have access to vaccines,” IDPH Director, Ngozi Ezike, said in a statement.

HFS Director Theresa Eagleson said it was crucial for children to receive their vaccinations at the most convenient time and that they should not have to travel long distances for them.

“With this important step, we are enhancing vital access to health care and helping to keep the people of Illinois safe and healthy,” Eagleson said.

In May, Pritzker announced that his administration was scaling up efforts to have more children vaccinated against measles. This followed an outcry from Illinois pediatricians who were alarmed that there was a group of children at risk of triggering the outbreak. The children are covered by the Illinois-run CHIP program, which had enrolled up to 324,000 children by 2017.

Due to a policy shift by the previous administration, children covered by CHIP were no longer being vaccinated, as the exercise became too expensive for doctors.

The VFC program is a federally funded program that provides vaccines for children whose parents or guardians may not be able to afford them, a statement explained. The VFC program is open to children below the age of 19 and who are either Medicaid-eligible, uninsured, underinsured, or Native American or Alaska Native.

CHIP is a partnership between the federal and state governments that provides low-cost health coverage to children in families that earn too much money to qualify for Medicaid. Families with children under age 19 who meet insurance and income requirements are eligible.

Former Illinois Governor Bruce Rauner’s administration separated the two in 2016. Vaccines for children covered by CHIP were no longer able to be ordered through the VFC program. Under the new administration, HFS and IDPH have been working together to rejoin the programs and increase provider participation so that all children in Illinois will be able to receive needed vaccines.

“It is essential to protect children against serious illness by having them vaccinated before they are exposed to potentially life-threatening diseases,” the statement said.

Under the newly rejoined program, providers will be able to obtain vaccines for CHIP children via the VFC program without having to buy vaccines from private sources at market cost and be reimbursed later. The Pritzker administration hopes that if vaccines are more accessible to children covered under CHIP, the state will be able to reach its target of ensuring that 100 percent of children in Illinois are vaccinated.

Jump in religious objections to vaccinations

So far, nine measles cases have been reported in Illinois: four in Champaign, two in DeKalb, one in Chicago, one each in Cook (suburban) and Kane counties.

The increase in the number of recorded cases in Illinois comes as more parents are raising religious objections as reasons for their children to skip vaccines. A total of 19,169 children were not vaccinated during the 2018 and 2019 school year, a massive jump from 9,528 in the 2010 and 2011 school year, with their parents citing religious reasons.

To get around such objections, the American Medical Association (AMA) voted to support state policies that allow “mature minors” to override their parents’ refusal of vaccinations. The AMA said it believed that allowing mature minors to provide informed consent to vaccinations could help stem the number of new measles cases.

Across the country, more than 1,000 cases of measles have been recorded; the highest number since 1992, when 2,126 cases were reported. The U.S. declared measles eliminated at the turn of the millennium, but the disease seems to be making a return.