Drug maker Akorn Inc. announced, January 9th, it had received a warning letter from the U.S. Food and Drug Administration following an inspection of the company’s Decatur, Illinois manufacturing plant last year. After announcing that it received said letter, Akorn’s stock took a hit. Shares of the company, which failed to salvage its takeover deal with Germany’s Fresenius SE & Co KGaA in April, fell 8.8 percent to $3.59 in early trading.

Akorn has had a very difficult 2018

This is not the first hit Akorn has taken. The company has faced other setbacks over the past year.

Early in December 2018, the company lost a court case in Delaware. The Delaware Supreme Court upheld a lower court’s decision to allow Fresenius to walk away from its over $4 billion acquisition. This legal loss caused the shares of Akorn Inc. to take a plunge.  It was subsequently announced that Raj Rai, the company’s CEO, will step down.

Losing the Fresenius deal has proven to be very detrimental to Akorn, which can’t afford any more losses, after the company’s shares plummeted roughly 90% in the last 12 months.

Interesting to note, the reasons Fresenius invoked when pulling out of the merger deal seem to be related to the issues the FDA letter now addresses.

Fresenius cited “material breaches” of FDA data integrity requirements, a problem the agency brings up in the warning letter. The FDA asked for a comprehensive investigation into inaccuracies in data, as well as a risk assessment of “the observed failures on the quality of your drugs.”

The mentioned letter, dated January 4th, cites violations observed during an inspection of Akorn’s Decatur facility, between April 9th and May 16th.

According to the FDA letter, the violations of current good manufacturing practice regulations include inadequate facility design, the potential for contamination, and poor environmental and personnel monitoring.

Also, the Lake Forest, Illinois-based company did not follow “appropriate written procedures” to prevent microbiological contamination of the drugs being produced at the plant, according to the letter.

It was further noted that foreign fibers and other contaminants were found on gloves that should have been sterile.

The FDA said the company’s response to its Form 483, which lists observations from the inspection in April and May, was inadequate, according to the FDA.

Resolving all the issues could take 18 to 36 months

The company is obliged to provide to the FDA with a detailed plan including timelines on how noted violations will be resolved, and submit a list of all contamination hazards related to the plant’s aseptic processes and equipment.

However, the violations are not so easy to correct, and the whole compliance process could take up to 3 years. The most immediate consequence of the January 4th letter is that the FDA can put on hold approval of any New Drug Applications until Akorn has corrected the noted issues accordingly. Fully resolving the issues could take 18 to 36 months, as Raymond James analyst Elliot Wilbur estimated, meanwhile holding “the vast majority of Akorn’s injectable pipeline hostage.”

Time will not be the only thing needed corrections will demand. The remediation will take several years and will likely cost more than $40 million, Moody’s analysts estimated.

Akorn is already undergoing some actions to fix problems related to data integrity.

In its recent letter, the FDA also stated Akorn did not follow a program to test stability characteristics of drugs manufactured at the plant and failed to observe some procedures needed to prevent microbiological contamination of products.

The Decatur plant isn’t the only one under FDA scrutiny. In May, the company got a lengthy inspection report detailing quality control issues at its Somerset, New Jersey facility.

Since many of the issues found at the Decatur facility are systemic, the latest warning also increases the risk of the FDA being more stringent in future inspections at any Akorn plant, as  Raymond James’ Wilbur stated in a January 9th note to investors.

Consequences if Akorn does not comply with FDA instructions and fails to correct these violations may be legal action and preventing other federal agencies from awarding contracts, the agency said. 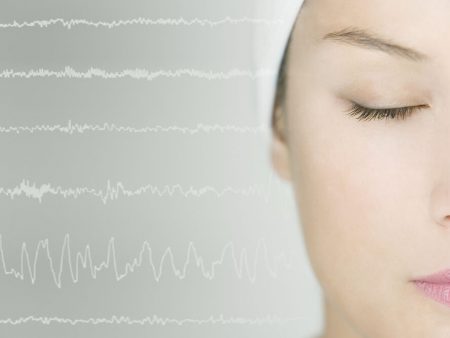