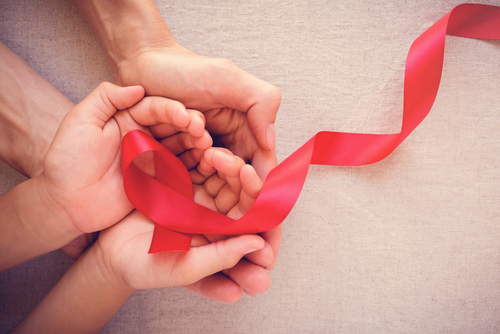 An Online Quiz is Raising HIV Awareness Among Illinois Residents

Illinois HIV Care Connect just released a one of a kind quiz to educate HIV-positive Illinois residents. The “Good Health Is More Than Health Care” quiz is part of bigger campaign designed to reinforce the importance of good mental health among the state’s residents affected by this immunodeficiency virus.

The 11-question quiz uncovers some hard truths. For instance, one in eight people with HIV lack consistent access to enough food. After taking the test, people are given the correct answers and directed to additional learning resources

With the launch of this campaign, the organization’s website and social media channels also got a revamp. There’s now more information available on everything from prevention to treatment and mental health care.

The organization shares little-known facts about HIV and offers guidance on sensitive topics such as how to break the news about your diagnosis to a partner or how to practice safe sex. More importantly, patients can learn how to navigate health coverage options and reduce their out-of-pocket spending for innovative medicines.

“I’ve been helped with food vouchers, I was sent to better doctors; It has impacted my life greatly,” Louis Hobson, a Naperville resident who has been living with HIV for 19 year, recalls in one of the videos.

For people like Hobson, Illinois HIV Care Connect represents a vital resource. There are 45,000 HIV-positive Illinois residents; 13% of them unaware they are infected.

The statewide network provides support services to people living with HIV in eight Illinois regions with offices in areas like Rockford, Peoria, Springfield and Chicago.

Those with HIV who enroll in Illinois HIV Care Connect may qualify for programs that offer life-saving services including mental and oral health care, food banks, legal assistance, medical transportation or housing. Among these programs are Medicaid, Medicare, the ADAP Medication Assistance Program (MAP), Housing Opportunities for Persons with AIDS (HOPWA), and many more.

“By enrolling in Illinois HIV Care Connect, people living with HIV gain access to the benefits of all of these programs at once,” said Jeffery Erdman, assistant director of programs for the Illinois Public Health Association.

In addition to proper treatment, mental health care plays an essential role in these patients’ well-being. People with HIV are particularly susceptible to mental health disorders such as depression because the virus enters and resides in the brain, affecting the nervous system. Going through physical changes, dealing with isolation, having trouble getting treatment, and facing discrimination are all social and economical stressors that can lead to depression.

While HIV infection rates are down 18 percent nationwide, Illinois has room for improvement. There were 12.9 cases per 100,000 population in 2016 – higher than the overall rate in the Midwest, according to a recent CDC report.

In the recent months, Illinois has made great leaps towards helping its HIV-positive residents.

In August, the Howard G. Buffett Foundation announced plans to invest $30 million in social services programs in Decatur, aimed at fighting drug addiction. Substance use has been linked to the spread of HIV. In fact, the state’s high-risk groups include injectable drug users along with African-American women and young gay and bisexual men (age 13-24).

Another culprit ramping up HIV infections? The opioid epidemic. “The opioid epidemic in our country is jeopardizing the dramatic progress we’ve made in reducing HIV among people who inject drugs,” said Dr. Jonathan Mermin, director of the agency’s National Center for HIV.

Illinois’ new plan to fight the opioid crisis and improve treatment for mental care entails telehealth technology. A new law that goes into effect at the beginning of 2019 will give Medicaid patients access to tele-mental healthcare.

Creating more online resources for patients and embracing technology as a way of improving and saving lives is a telltale sign that the state is getting ready to step into a digital healthcare era.