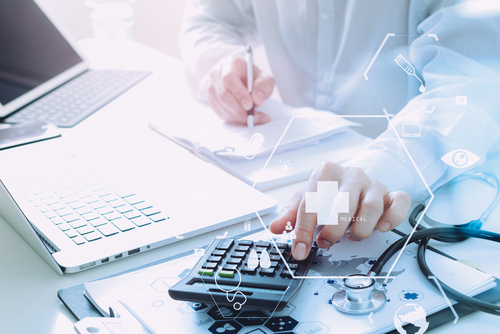 As patients and doctors joined President Donald Trump in the White House on Wednesday to share their experiences with surprise medical bills, Trump spoke out against surprise medical bills that patients often cannot afford, highlighting an issue that has received bipartisan concern in Congress. The 10 guests each shared their stories of unexpected bills.

With patients and other guests who were invited to the White House to share personal accounts of unexpected and outrageous bills, Trump presented his health secretary, Alex Azar, and labor secretary, Alex Acosta, with the task of working on a solution.

“The pricing is hurting patients, and we’ve stopped a lot of it, but we’re going to stop all of it,” Trump said during a roundtable discussion when reporters were briefly allowed into the otherwise closed-door meeting.

“Patients should know … the real price and what’s going on with the real prices of procedures. Because they don’t know,” Trump said. “They go in, they have a procedure, and then all of a sudden, they can’t afford it. They had no idea it was so bad.”

What can the administration do, while waiting for Congress to change the law?

Congress is the one with the authority to address the issue of surprise billing. Still, the administration — specifically, the Department of Labor — could take a few measures. A recent Brookings brief outlined the department’s options:

Davis said White House officials made it clear that price transparency is a “high priority” for Trump and, although they did not see eye-to-eye on every subject, he said he was struck by their sincerity.

“These people seemed earnest in wanting to do something constructive to fix this,” Davis said.

Dr. Martin Makary, a surgeon and health policy expert at Johns Hopkins University who has written about transparency in health care and attended the meeting, said it was a good opportunity for the White House to hear firsthand about a serious and widespread issue.

At the meeting in the White House, David Silverstein, the founder of a Colorado-based nonprofit called Broken Healthcare said Trump used an aggressive tone, calling for a solution with “the biggest teeth you can find.”

Who is most affected by hidden costs in healthcare?

All patients are exposed when it comes to surprise medical bills, but some are more affected than others.

The worst case is that of uninsured patients. In the fourth quarter of 2018, the uninsured rate in the United States landed at 13.7 percent, the highest level since the first quarter of 2014. According to Gallup, while still below the uninsured rate of 18 percent prior to the implementation of the Affordable Care Act’s individual mandate, the rate was still well above the 10.9 percent mark in 2016. The increase represents about 17 million people without health insurance.

Even insured patients can have unpleasant surprises, such as when the insurer won’t cover some procedures or pay for certain drugs. In some cases, physicians who are not in a patient’s network are called in to assist during surgery, or treat patients in the trauma unit. Sometimes the patients are under anesthesia and are thus not able to agree or disagree to the matter.

How big can surprise medical bills get?

Attendees of the White House meeting said each of the 10 participants — patients, but also doctors, all of them with stories of unexpected bills — had an opportunity to talk, even though President Trump did not remain in the room until the end of the meeting.

One of the stories is that of Paul Davis, a retired doctor from Findlay, Ohio, who’s daughter was asked to pay $17,850 for a urine test, their story was detailed in a KHN-NPR “Bill of the Month” feature last year.

Davis’ daughter, Elizabeth Moreno, a college student, had spinal surgery, which went well. After the surgery however, she was asked to provide a urine sample. Tests done on the sample later filled said bill with staggering prices. Usually, according to experts, such tests do not cost more than $200, far from the $17,850 an independent lab in Houston, TX charged Moreno and her insurance company. Since he did not want his daughter’s credit to be affected, Davis paid the lab $5,000. He then filed a complaint with the Texas attorney general’s office, for “price gouging of staggering proportions.”

Davis said he was struck by the sincerity of White House officials, who made it clear price transparency is a “high priority” for Trump.

“These people seemed earnest in wanting to do something constructive to fix this,” Davis said.

Since unexpected medical bills are one of the things Americans fear the most, according to a report published last September, this subject has the elements of a perfect campaign issue, for both Republicans and Democrats.

Trump has often spoken against high prescription drug prices, but addressed other issues concerning the healthcare system less. In October, just before the midterm elections, he unveiled a proposal to correlate the prices Medicare pays for some drugs to the ones paid for them overseas, for instance.

In this latest meeting with discontented patients and doctors, Trump, Azar and Acosta said positive results of the efforts to control costs in healthcare could already be seen. They  pointedly talked about the expansion of association health plans and the new requirement for hospitals to post their list prices online. The President also said the recent increase in generic drug approvals, for which he took credit, would lower drug prices.

However, as STAT pointed out in a recent fact check, the report behind that claim said “growth in relative drug prices has slowed since January 2017,” not that an overall decrease in prices was registered.

Since pharmaceutical companies have not produced as many blockbuster drugs, annual increases in overall drug spending have leveled off. Drug producers are careful about increasing  prices because of growing political pressure.

This month, now that the Democrats control the House of Representatives, party leaders have announced investigations and scheduled hearings on issues related to healthcare, especially drug costs and protections for patients suffering with preexisting conditions.

It remains to be seen whether the recent preoccupation of both President Trump, and his political opponents, to implement real change within the healthcare system is a genuine endeavour, or merely a way to win votes.