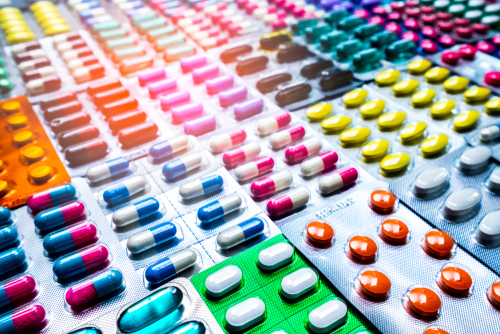 Several major drugmakers have increased their drug prices, contributing to the trend of rising pharmaceutical costs.

Drugmakers, such as Allergan, Eli Lilly and many more have hiked up their prices on a number of drugs, contributing to the growing price hikes in the drug industry.

Recent criticism from lawmakers and President of the United States, Donald Trump, caused other major drugmakers to pause their plans to hike up their medication prices. However, several drugmakers, including Pfizer, decided to ignore this criticism and continue with price hike plans.

Pfizer said it would postpone hikes until January 2019 to support the administration due to the new pricing policies which induced similar industry peers, such as Bayer, Allergan, Amgen and others to follow Pfizer. However, Pfizer announced that it will continue to hike the prices on 41 of its drugs in mid-January, and other pharmaceutical companies are following suit.

The Rise in Pharmaceutical Drugs

Many pharmaceutical companies have created a 10% threshold that the manufacturers have set as a self-imposed upper bound for annual increases. Allergan, a global pharmaceutical company, has increased the list price of Linzess (a medication that helps relieve symptoms associated with Irritable Bowel Syndrome with Constipation (IBS-C)), Lo Loestrin (a form of a birth control pill that provides effective pregnancy prevention) and 25 other medicines by 9.5%.

On the other lower end of the spectrum, Biogen, one of the world’s first global biotechnology companies, has increased the price of Tecfidera (multiple sclerosis drug) by 6%. Many drugmakers have emphasized that the net prices have either fallen or are growing slowly, despite the increase in list prices.

These drug price hikes have posed a new challenge to President Donald Trump who had pledged to lower the costs of prescribed medications.

Drug prices are soaring across the board and drug companies are blaming pharmacy benefit managers (PBMs), third-party administrators of the prescription drug programs. PBMs are designed for commercial health plans, state government employee plans, and self-insured employers plans. PBMs are responsible for providing prescription benefits and are the connectors between employers, drug wholesalers, pharmacies, and drug companies who want to facilitate the best possible health outcomes for their patients.

PBMs negotiate prices with a large network of retailers to offer patients and employers greater access to medications in the competing industry. PBMs are being blamed by drug companies for the skyrocketing prices.

Donald Trump said in a tweet, “Pfizer & others should be ashamed that they have raised drug prices for no reason. They are merely taking advantage of the poor & others unable to defend themselves…”. Pfizer walked back its previous planned price increases this past summer after being under pressure from President Donald Trump. Despite pressure from Trump, Pfizer still plans to hike the U.S. prices on 41 of its medicines, effective January 15th.

READ
UChicago startup, on cusp of developing a drug to prevent kidney stones

Drugmakers that are Reliant on Price Increases

Many drug manufacturing companies have become very reliant on price increases in order to increase their revenues and drive their earnings growth. By increasing prices, companies are able to expand their saturation points and stop them from reaching their limit.

Below are some companies that rely on price increases to stop their earnings from dropping:

President Donald Trump has suggested many plans to lower drug prices in America by deregulating the FDA and allowing customers to buy pharmaceutical drugs overseas (lower prices). Lowering prescription drug prices was a top priority in Trump’s presidential campaign. However, big pharmaceutical companies such as Pfizer, Allergan, Biogen and others are going against this by increasing their drug prices. Drugmakers have increased the cost of over 100 medications. These increases have many individuals worried as they rely on pharmaceutical drugs to keep themselves healthy and alive.

For many large pharma companies, growth is a key factor of their businesses. Removing the price increases that are currently taking place from the equation, can reveal how delicate is the position of some companies in the pharmaceutical industry.