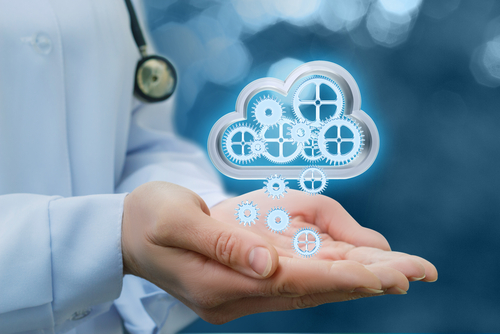 Healthera, a British digital health platform has closed a £3 million Series A round, led by ADV with participation from Cambridge Enterprise, putting the company on track to triple its commercial force in the UK. Healthera Ltd., formerly known as Serket Technology Ltd., was founded in 2015, in Cambridge, UK, and changed its name in May 2016.

In 2016, Healthera obtained a patent for a Prescription Processing Engine that compiles data from patient prescriptions and processes it for subsequent recommendations concerning their intake schedule.

Who is behind Healthera’s success?

The startup offers one digital end-to-end solution connecting patients to a network of NHS General Practitioners (GPs), which enables them to order and track their prescriptions, access medical services, and monitor their medication intake.

Healthera was co-founded in 2015 by three University of Cambridge alumni, Quintus Liu, Martin Hao and Jin Dai, in their last year of study. Soon after, the startup raised pre-Seed funding and was incubated by Silicon Valley entrepreneurs through Founder.org. Healthera later raised a Seed round from Cambridge Enterprise.

Until now, the start-up has been funded by Cambridge Enterprise, with support from NHS and government money.

Commenting on the news of this new funding, Liu, the CEO at Healthera, said: “Over the past months, Healthera’s platform has won the confidence of the market as shown by the speed of adoption among patients, healthcare professionals, and NHS organisations.”

How does Healthera’s solution work?

Healthera’s clients are pharmacies and GPs, as well as tens of thousands of patients. The company has formed a strong partnership with NHS local authorities (CCG).

Healthera’s solution is already listed in the NHS Digital Apps Library, connecting, according to  businessweekly.co.uk more than 800 pharmacies and GPs across the country since its commercial launch last year. Connecting healthcare givers or solution providers pays off in the system, as another company, 23andMe, learned when GSK paid $300 million for exclusive access to its data, which was obtained through a direct connection to its clients.

Going back to Healthera’s app, this helps patients save time and money, since it only takes them a few minutes to place their prescription request on the app and track its progress.

Every order consists of three simple steps: selecting the patient’s’ usual GP, then a favorite pharmacy, and ordering the medicine. The orders are then reviewed, under a scheme called Prescription Ordering Direct, by a team of NHS medicine coordinators. Once the prescriptions are filled, the pharmacy will notify the patient to come collect them or opt for delivery.

The solution is useful to pharmacists, GP’s and other healthcare providers

As of September 3, the new approach  by Healthera and DGS CCG was going to replace traditional methods of ordering via a pharmacy or GP.

The Healthera system is integrated with the Prescription Ordering Direct workflow and its cloud platform solution is available to all pharmacies in the region. This allows access to over 60 sites,  including national chains and independent pharmacies.

This allows all 135,000 patients registered with 16 surgeries to digitally access their preferred local pharmacy.

Pharmacies will have full visibility of the prescriptions during the ordering process and will be able to instantly communicate with patients.

Healthera also provides records and analytics that can be used to help patients manage their medications. People can also order on behalf of family members, using a caregiver mode of the app.

According to https://tech.eu, nearly half of all adults take long-term medication to treat their illnesses, which leads to over 1 billion items being prescripted annually in the UK alone. Before Healthera’s solution was launched, patients relied mostly on manual methods to obtain prescriptions from their healthcare providers. These often implied heavy paperwork and many  actual visits to the doctor’s office and/or the pharmacy.

“Following successful product trials we are confident that Healthera is leading a new era of connected digital health by turning pharmacies into digital ‘personal healthcare hubs’ and empowering patients to make informed decisions about their medicine,” said Quintus Liu, Chief Executive of Healthera, when the product was announced in 2016. “This is great news for pharmacists and patients, carers and GPs, and the wider healthcare economy.”

What followed gives even higher hopes for the future, since patients and pharmacists, as well as doctors, seem to have received the product very well.

Healthera’s vision is to build the first smart platform to include digital data regarding medicine for 98 percent of patients, local community pharmacies and GPs who previously did not use digital methods of interaction in medical care. This ambitious goal will be followed closely, especially since the impact on the NHS is expected to be quite significant.

This represents a big problem for the NHS, since poor medicines management is thought to result in around £4 billion of medicine wastage.

READ
This Week in Healthtech:
The FDA Speeds Up Innovation in Healthcare

Healthera‘s new end-to-end digital solution might as well be the magic wand to bring the British healthcare system into a new era. Others, the U.S. included, could of course follow, optimizing the overall system by integrating this solution with others, such as the one TraceLink developed to fight counterfeit and otherwise inappropriate drugs.