Sign up for Digital Strategy Newsletter
Home › Illinois Fighting Illini: How Peters’ Shoulder Injury Affected more Than His Own Team 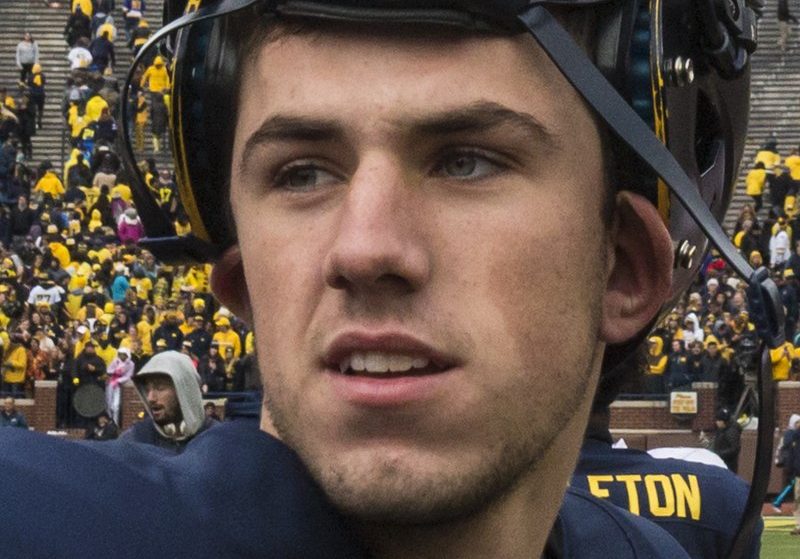 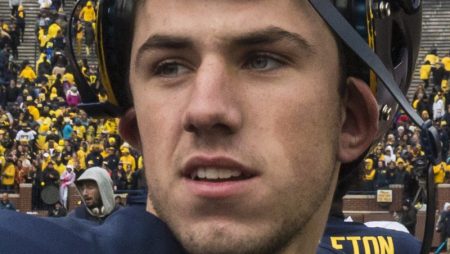 Illinois Fighting Illini: How Peters’ Shoulder Injury Affected more Than His Own Team

Peters’ suffered the injury in the team’s season opener against the Nebraska Cornhuskers on Aug. 30, a 30-22 victory. Backup Artur Sitkowski performed admirably well, completing 12 of 15 pass attempts for 124 yards and two passing touchdowns.

The Fighting Illini greatly struggled in the two full games without Peters. They fell 37-30 to the UTSA Roadrunners at home in Week 2, before getting blown out 42-14 on the road by the Virginia Cavaliers in Week 3.

Once again, Sitkowski played very well in place of Peters. In the loss to UTSA, he was 20 of 32 32 for 280 yards and a touchdown. Against Virginia, he completed 24 passes for 221 yards, a touchdown and one pick.

Unfortunately, Peters’ return didn’t do much to help reverse Illinois’ fortunes. He struggled in what turned out to be the team’s third straight loss (a 20-17 contest at home to Maryland), and again on Sept. 25 against Purdue (a 13-19 road loss).

To say that expectations are low for the Fighting Illini for the 2022 season would be a massive understatement. They are a long shot to win next year’s National Championship in Illinois sports betting, with extremely low +40000 odds.

Without Peters For Three Games, Other Teams Took Advantage

As previously mentioned, UTSA just narrowly got past the Fighting Illini in the second game of the season. The Roadrunners finished 12-2 on the season and defeated Western Kentucky in the Conference USA Championship Game 49-41. Their season ended with a 38-24 loss to San Diego State in the Frisco Bowl.

Had Peters been healthy for that game, there’s a very good chance that Illinois would have pulled off the victory. And who knows how that would have affected UTSA’s season, final ranking and bowl eligibility?

As previously mentioned, Peters returned for the team’s fourth game of the season against the Maryland Terrapins. But there was some rust from Peters, who completed less than half his pass attempts (10 of 26) for 185 yards, no touchdowns and an interception.

Maryland finished 7-6 and qualified for the Pinstripe Bowl, where they routed Virginia Tech 54-10. Had Peters not been injured in the first game of the season? Perhaps there’s no rust against the Terrapins, and just maybe they don’t lose to Taulia Tagovailoa and company by a field goal.

Peters’ injury and performance after his return didn’t do much to boost his NFL draft stock. The Fighting Illini played a shortened eight-game 2020 season because of the ongoing COVID-19 pandemic.

But the 2019 campaign —Peters’ first with Illinois after transferring from Michigan — was filled with promise and excitement. Peters completed 55.3 pass attempts for 1,884 yards and 818 touchdowns against eight picks. He also posted 213 yards on the ground as well as three rushing TDs.

Back in 2020, Peters was viewed by Pro Football Network as a potential sleeper for the 2021 NFL Draft. But he’s now 24 years of age, which isn’t exactly young for a QB prospect.

Peters may be a mid-to-late-round draft selection, but keep in mind that this isn’t considered a deep QB draft class. Many scouts and experts don’t view any QB as a worthy top 10 or 15 draft selection.

A largely disappointing season for the football team will have only hurt his draft stock.

Illinois Healthcare News
All the Major Hospitals in Chicago Have Mandated COVID-19 Vaccination for Staff
September 5, 2021
160