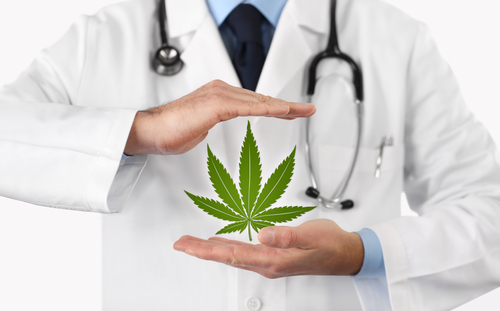 Governor Bruce Rauner has signed into law a bill that markedly changes the state of Illinois’ medical marijuana policy in an effort to reduce opioid addiction, which remains a major headache for the state.

After recently signing the new law, known as the Alternative to Opioid Act, Rauner said “it’s clear that medical marijuana treats pain effectively and is less addictive and disruptive than opioids.”

Rauner said opioid abuse was destroying families across Illinois.  He further declared that “We’ve got to do everything we can to stop this vicious epidemic, and today, I’m proud to sign a bill that helps us stop this epidemic.”

Perhaps significantly, Rauner signed the bill into law at the Chicago Recovery Alliance, a nonprofit group that provides addiction services–including needle exchange programs and the distribution of naloxone, a drug that can reverse the effects of an opioid overdose.

Suzanne Carlberg-Racich, the director of research at the Chicago Recovery Alliance, described the new law as “a great step in the right direction.”

Senator Don Harmon, a Democrat from Oak Park who sponsored the bill, said the new law “provides an exit ramp for opioid use,” adding that it “makes Illinois a national leader in addressing the opioid crisis.”

With the new law, patients who receive prescriptions for opioids can instead opt for medical marijuana.

The new law waives the need for patients to undergo criminal background checks and have their fingerprints taken as part of qualifying for the new medical marijuana program.

The Alternative to Opioid Act also provides a list of 41 debilitating conditions, including cancer, AIDS and multiple sclerosis, with which a patient must be afflicted in order to qualify for the program.

Illinois legalized medical marijuana in 2013, with the passage of the Compassionate Use of Medical Cannabis Pilot Program Act.

Campaigners now hope Illinois will legalize the use of recreational marijuana in 2019, a measure to which Rauner is opposed.

Although there was a strong lobby for expansion of the medical marijuana program, some feel this could spawn its own health problems, perhaps including addiction.

The president of Smart Approaches to Marijuana, Kevin Sabet, was quoted in the Chicago Tribune saying: “The most comprehensive study on the issue was just published in The Lancet and found marijuana didn’t help with pain, nor did it reduce opioid use.”

Rauner has been opposed to a law that widens access to medical marijuana; critics say his hand may have been forced.  As the gubernatorial election draws closer, polls show the Illinois governor trailing behind his Democrat rival, J.B. Pritzker.

The governor defended the expansion of the medical marijuana program as “not about personal opinions about cannabis. It’s about giving people more control over their own health care and pain-relief options.”

Just three years ago, as the Chicago Sun-Times reported, Rauner vetoed a move that could have seen illnesses such as osteoarthritis and post-traumatic stress disorder being added to the list of debilitating diseases under the medical marijuana program.

Post Traumatic Stress Disorder was later added to the list, following an order by a Cook County judge.

Opioid Epidemic a Headache For Illinois

The opioid epidemic is a concern for Illinois, where 1,946 were killed in 2016. The Illinois Department of Public Health (IDPH) says this is an 82 percent increase from 2013.

(IDPH) said many of the overdose deaths could be attributed to an increase in the use of synthetic opioids, such as fentanyl.

“Synthetic opioids are fast acting and can be hundreds to thousands of times more toxic than heroin. Heroin and other street drugs are often mixed with fentanyl to increase their effects, which can quickly become a lethal combination. Between 2013 and 2016, overdose deaths in Illinois attributable to synthetic opioids increased tenfold,” according the IDPH website.

Opioid addiction is increasingly adding to Illinois’ health burden.  Healthcare Weekly reported that the opioid epidemic has also spawned an increase in the incidence of hepatitis C.

Stakeholders say dealing with opioid addiction first could help the state deal with other health problems that are a result of opioid abuse.