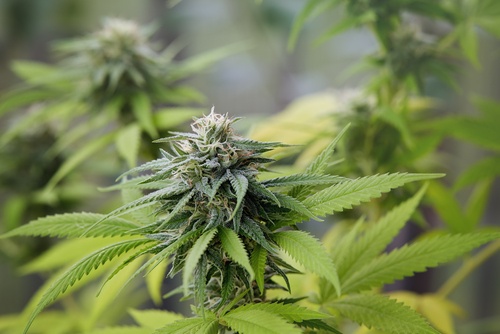 Illinois Moves Step Closer To Legalizing Marijuana For Recreational Us

The legalization of the recreational use of marijuana moved a step closer, with Illinois Governor J.B. Pritzker’s announcement that he had joined key lawmakers and stakeholders to draw up a basic framework for a law that will allow the sale of cannabis to adults above the age of 21.

Under the terms of the law, which is expected to go into effect in early 2020, users will be allowed 30 grams of cannabis flower and 5 grams of cannabis concentrate. Non-residents of the state would be limited to 15 grams.

In a statement, Pritzker said he was making social justice and equity priorities of his administration, saying “approach we’re taking starts righting some historic wrongs and opening up access to this new market with a $20 million loan program that will help qualified applicants from impacted communities.”

The framework for the legalization of marijuana builds on legislation initially put forward by Senator Heather Steans and Representative Kelly Cassidy and six working groups led by the Governor’s Office, that met over the past several weeks to finalize the legislation.

The statement said the proposed framework laid out Pritzker’s key priorities, which are: legalizing the use of cannabis for adults aged 21 and older; promoting equity in ownership and participation in this emerging sector; advancing justice by expunging the records of people with minor cannabis convictions; and reinvesting funding in communities that have suffered the most from discriminatory drug policies.

Pritzker believes that legalizing marijuana is a “step forward in reforming our broken criminal justice system. Criminalizing marijuana hasn’t made our communities safer. What it has done is disproportionately impact black and brown communities.” He added that the criminalization of marijuana was not being enforced fairly and it was time to bring that to an end.

Under the proposed bill, there are plans to use an automated system to expunge up to 800,000 marijuana convictions and allow those with pot convictions to work in the legal cannabis industry.

Cassidy said prohibition of the use of marijuana had not worked and the proposed legislation was “long overdue.”

“We wanted to create a safe, legal and comprehensive regulatory system that protects patient access and allows adults to use cannabis while keeping it out of the hands of children. We wanted to address the years, the decades of unfairness in the ways that our drug laws have been enforced. This bill represents a giant leap in the right direction,” Cassidy said.

Lt. Governor Juliana Stratton said that when the Pritzker administration was inaugurated, it had pledged to make Illinois an equitable state. “This bill advances equity by providing resources and second chances to people and communities that have been harmed by policies such as the failed ‘war on drugs.’ I’m very proud that we’re working in the right direction.”

Taxes and the war on the opioid crisis

Other than correcting “historical wrongs,” Pritzker believes that Illinois stands to benefit from the new bill because the safe use of marijuana could reduce opioid overdoses and bring in tax revenue.

The Chicago Sun Times explained that Pritzker’s proposed budget for the 2020 fiscal year, which begins on July 1, included $170 million in projected revenue from licensing and fees related to legal cannabis.

Under the bill, 25 percent of that revenue would go to areas disproportionately affected by the war on drugs. A new fund called Restoring Our Communities will be created.

In addition, 35 percent of the revenue from legal cannabis would go to the state’s general operating fund; an additional 25 percent would go into a new Restoring Our Communities fund.

Meanwhile, like the rest of the country, Illinois is facing a serious opioid epidemic and is working to introduce measures to halt the crisis. Already, the state has piloted a program in which patients on opioids can switch to medical marijuana.

Not everyone is enamored at the prospect of a bill that legalizes the recreational use of marijuana. There are fears that this could lead to a rise in addictions and mental health issues in the state.

Kevin Sabet, founder and President of Smart Approaches to Marijuana, told the Associated Press that: “The consequences of this bill are far reaching and will have devastating impacts on citizens, communities and youth. Illinois lawmakers must take a smart, commonsense approach, and not welcome in another addiction-for-profit industry into the state.”

Illinois Healthcare News
All the Major Hospitals in Chicago Have Mandated COVID-19 Vaccination for Staff
September 5, 2021
53