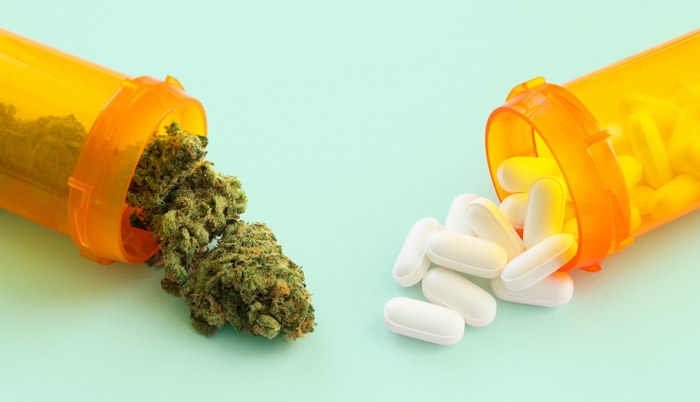 People hoping to be enrolled onto Illinois’ medical marijuana program often had to endure long waiting periods, but now things can move along quicker since a new program allowing patients using opioids to immediately switch to cannabis has kicked in.

The Opioid Alternative Program is an effort to mitigate the effects of the opioid epidemic, which has long been a headache for Illinois. Under the program, patients with a prescription for opioids, or those who would have been prescribed one, are allowed immediate access to medical marijuana.

An alternative to dangerous and addictive opioids

Under the terms of the program, which was signed into law by former governor Bruce Rauner last August, patients have to register either through the Opioid Alternative Pilot Program’s website or at a dispensary or local health department. The patients need a physician’s certification form from their doctor with their opioid prescription.

The Illinois Department of Public Health said patients must be above 21 years old, have a copy of their driver’s license or state-issued identity card and a passport-style photo. Registration costs $10.

“Once approved to the program, patients are able to purchase up to 2.5 ounces of medical cannabis every two weeks. This is valid for 90 days. Physician certifications can be renewed after those 90 days if needed, but patients will need to pay the $10 registration fee again,” the NPR Illinois website reported.

This is first of its kind program in the U.S. is a build up from a pilot program that was rolled out in 2014. The previous program was described as complicated and cumbersome, because of the long waiting periods.

In a statement, Health Central Illinois (HCI) Alternatives, which is among the facilities dispensing medical marijuana, said the program will “open the door to thousands of Illinoisans who don’t want to use dangerously addictive opioids to manage their pain. Our staff is ready to educate new patients about their options and walk them through the process. We have also worked with our cultivation partners to ensure we have enough product to handle the expected patient increase over the next several months.”

HCI Alternatives Chief Executive Officer Chris Stone said he expected an uptick in the number of patients following the Opioid Alternative Pilot Program law “he also hopes to see a decrease in the number of overdose deaths from opioid abuse. Hopefully as they take statistics on this and they see this program over the first 12 months, they will be able to do the data mining and the research and the surveying to hopefully see those deaths go down and the additional cases go down.”

Before the latest expansion, medical patients needed to be diagnosed with one of 40 qualifying conditions to receive cannabis, with advocates calling for the state expand that list and include ailments such as chronic pain. The Chicago Sun Times said the opioid alternative program could be the largest expansion to Illinois’ medical marijuana program. “The last major expansion to the program came after a Cook County judge ordered state health officials to add post-traumatic stress disorder to the list of conditions that qualify for medical cannabis in 2016,” the website reported.

Senator Don Harmon, a Democrat from Oak Park, who advocated for and sponsored the bill that led to the signing of the opioid alternative act, argued that the new law “provides an exit ramp for opioid use,” and it made Illinois a national leader in addressing the opioid crisis.

Opioid addiction is increasingly adding to Illinois’ health burden, with the epidemic also spawning an increase in the incidence of hepatitis C. Stakeholders insist that dealing with opioid addiction first could help the state deal with other health problems that are a result of opioid abuse.

Illinois has been battling an opioid epidemic for sometime now and there is hope that medical marijuana will prove to be a less dangerous and less addictive alternative to opioids. According to state statistics, opioid deaths in Illinois increased 13 percent from 2016 to 2017.