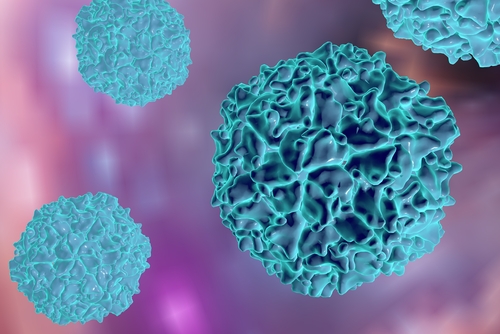 Illinois might be on the brink of an outbreak.

Ten cases of a polio-like illness were reported in Illinois among children, according to The Illinois Department of Public Health (IDPH).

Acute flaccid myelitis (AFM) is a polio-like illness that affects the nervous system of children, weakening their muscles and, in some cases, leading to paralysis.

The news puts a damper on the recent announcement that 15 Illinois schools were named among “America’s Healthiest Schools.”

“The case reports are from individuals younger than 18 years of age and from northern Illinois. Specific location information is not available,” the IDPH said in a statement. Illinois has monitored this syndrome since 2014 when it was first described by CDC.

It starts as a respiratory infection

Illinois Public Health Director Dr. Nirav Shah said all ten patients started with what looked like a respiratory virus. “We’re recommending that parents who’ve had a child that has had a respiratory virus, and then in the days or weeks after that virus experience a rapid onset of limbs going limp, or paralysis, that they immediately go to a health care provider,” Shah said.

Parents who suspect their children might be affected by AFM can also go to the CDC website for more information.

This simple, yet effective infographic shows that people should be on the lookout for symptoms like sudden arm or leg weakness, facial droop, difficulty moving the eyes, difficulty swallowing, or slurred speech.

AFM is a very rare condition; less than one in a million people in the U.S. get it each year. What makes AFM so dangerous though is the lack of a specific treatment.

The short list of therapies recommended by neurologists includes physical therapy for limb weakness or immunoglobulin replacement therapy. The causes of most AFM cases are also a mystery.

Health experts believe some culprits might be environmental toxins, genetic disorders, as well as enteroviruses. Scientists have yet to discover AFM’s long-term implications.

“We know that some patients diagnosed with AFM have recovered quickly, and some continue to have paralysis and require ongoing care,” noted the CDC.

No treatment in sight, but one vaccine might help prevent AFM

However, there are some preventive measures against diseases linked to AFM – the polio vaccination seems to work best.

In Adams County for instance, where no resident has been struck by AFM, health officials credit the vaccine for keeping its locals healthy.

“We’re are getting immunizations, like polio vaccine which most children start when they are two years old, it is believed that a virus like polio or something similar could be one of the root causes,” explained Infectious Disease Supervisor John Campos with The Adams County Health Department.

Other possibly effective steps include, using mosquito repellent and staying indoors at dusk and dawn can protect people from mosquito-borne viruses such as West Nile virus, a common cause of AFM.

Some extra steps recommended by the IPHA, although provided with caution that “we don’t know if it is effective in preventing AFM:”

Illinois is not the only one facing a potential health crisis. So far in 2018, there are 62 confirmed cases of AFM in 22 states across the U.S. This is an alarming increase from 2017, when CDC received information for 33 confirmed cases in 16 states.

Colorado has 14 confirmed cases, more than any other state, followed by Texas which has eight. Some other states that reported confirmed cases are Arizona, Georgia, Indiana, Iowa, Massachusetts, Minnesota, New Jersey, and North Carolina.

While CDC is concerned about a national AFM outbreak, the latest statistics bring glimmers of hope. AFM cases generally peak in the months of September and October. Judging by the patterns observe by CDC, cases of AFM will most probably start to drop back in 2019.