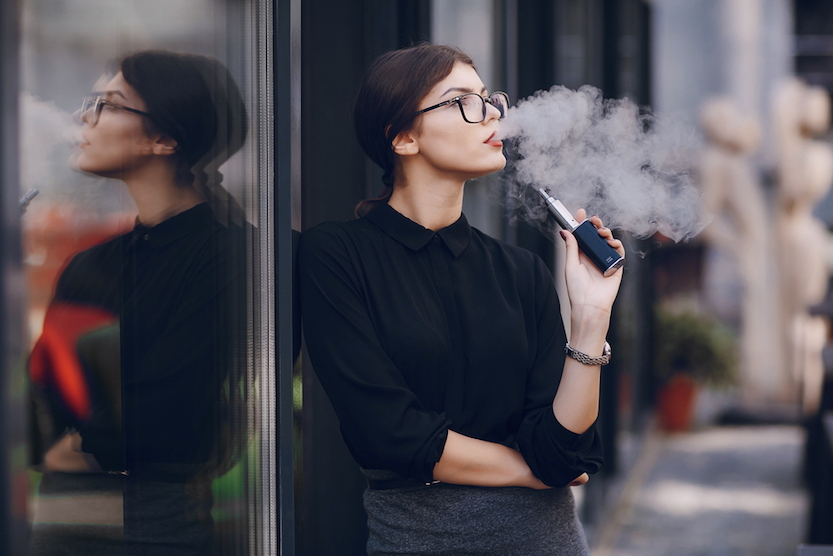 An Illinois senate committee has approved a proposal to raise the minimum age for purchasing cigarettes, e-cigaretes, vapes and chewing tobacco from 18 to 21.

The senate Public Health Committee approved the bill that was sponsored by Democrat Julie Morrison from Deerfield. The senate committee voted eight to four — along party lines — for the bill’s approval.

Approval by the senate committee is the first stage before a bill is adopted into law.

This was the fourth time the bill known as Tobacco 21 had been presented, with former governor Bruce Rauner vetoing it the last time.

Addressing the press shortly before the vote, Morrison, expressed her confidence that the committee would adopt the bill.

“The local communities are behind us, law enforcement is with us, the general public wants to see Tobacco 21, and now it’s our responsibility as a General Assembly to take action,” she was quoted saying.

Speaking in defence of the bill at the hearing before the vote, Julie Morita, a commissioner for the Chicago Department of Public Health, said tobacco was America’s leading cause of preventable disease and death.

“We know the easiest way to reduce tobacco use is to ensure that young people never start in the first place,” she said.

The American Lung Association welcomed the vote by the Public Health Committee, arguing that there was evidence that raising the minimum age for smoking tobacco saved lives.

“With the dramatic rise of e-cigarette use, mostly because of easily concealable products and fruit and candy flavors, Tobacco 21 is important now more than ever. We urge the Illinois House and Senate to follow the lead of the Public Health Committee and support this legislation, which is proven to protect the most vulnerable parts of our population, our children, reduce state health care costs and ultimately save lives,” Kathy Drea, the American Lung Association’s senior director for advocacy, said in a press statement.

It is estimated that last year, 18,000 people in Illinois died from lung and heart diseases that were directly related to smoking.

The American Lung Association argues that Tobacco 21 is an important law because nearly 95 percent of adult smokers report trying their first cigarette before the age of 21 and raising the legal sales age could prevent young people from ever starting. “In fact, Tobacco 21 is proven effective in Illinois, contributing to a 36 percent decline in the use of tobacco products among teens in Chicago after passing Tobacco 21,” the association said.

The bill, which seeks to amend the Prevention of Tobacco Use by Minors and Sale and Distribution of Tobacco Products Act, removes the penalty for possession of a cigar, cigarette, smokeless tobacco, or tobacco in any of its forms by persons under 18 years of age.

Unlike his predecessor, Rauner, Governor J.B Pritzker is expected to sign the bill into law when it comes to his desk, but only if both chambers approve it. Jordan Abudayyeh, spokeswoman for the governor, said Pritzker “looks forward to reviewing the legislation to raise the smoking age.”

However, Republicans questioned the efficacy of the proposed law, since there were no penalties for underage possession of tobacco.

“I just don’t know what the rationale is for stripping away penalties, because if there is not going to be any consequences if [they’re] caught with this stuff, then what do [they] care. I like the idea behind it — I think that as few people smoking as possible is a great thing — but to eliminate the penalties, to me, that’s a real problem,” Steve McClure from Springfield said.

In his testimony against the proposed law, Bill Fleischli, the executive vice president of the Illinois Petroleum Marketers Association and the state’s Association of Convenience Stores, also cited the lack of a penalty for possession of tobacco watering down the law. “How can you have a deterrent if there’s no penalty for possession? It doesn’t work. If possession of alcohol is against the law, why not make tobacco the same?”

In defence of the bill, Morrison said the proposed legislation was meant to shift responsibility to retailers selling tobacco products instead of “the teenagers who actually do then become involved in the criminal justice system at 14, 15, 16 years old. We want to hold people who are actually selling the cigarettes responsible.”

Under current laws, any minor who is caught with a tobacco product could have to take a “smoker’s education or youth diversion program” with parents. Each additional violation results in increased fees and hours of community service, the Herald & Review reported.

Those opposed to the law argue that since 18-year-olds can get credit cards, buy cars and join the military, then they should be able make choices, even if smoking is a “dirty, disgusting habit.”