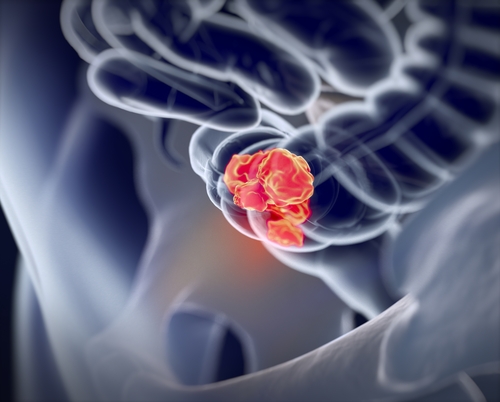 The University of Chicago Medicine’s Center for Asian Health Equity (CAHE) is on a mission to increase colorectal cancer (CRC) screening rates among Illinois’ underserved communities.

CAHE recently joined the National Cancer Institute’s Beau Biden Cancer Moonshot 2020 Initiative, to accelerate the pace of progress in the fight against cancer. Launched in 2016 by former Vice President Joe Biden, the Initiative has an ambitious goal: consolidating ten years of cancer research in five years.

Scientists, oncologists, patient advocates, and representatives of the biopharmaceutical industry are currently working to make that goal a reality.

The problem with screening in Illinois

CAHE’s Director Dr. Karen Kim is now joining their efforts. Kim is one of three grantees nationwide of a program called the Accelerating Colorectal Cancer Screening and Follow-up through Implementation Science (ACCSIS). Kim and her team have been awarded nearly $6 million over five years to test novel ways to improve colorectal cancer or CRC screening and follow-up among Illinois’ vulnerable populations, including people who are uninsured.

Colorectal cancer is the third most common cancer in both men and women.

Unlike other cancers, colorectal cancer is preventable in 90 percent of cases through early detection tools. Screening tests include digital rectal exam and stool blood test. A colonoscopy is by far the most efficient screening test available for this cancer.

During this procedure, Kim explained, a physician can discover and remove precancerous polyps before they turn into cancer, which can take up to 15 years to develop into cancer. The American Cancer Society recommends that people age 45 and over should get screened for the disease even if they don’t have any symptoms. In reality, one in three people in the U.S. in that age group have never been screened.

In Illinois, CRC claims more victims than in other parts of the country. According to the Centers for Disease Control and Prevention, the state has higher rates of CRC than its neighbours Wisconsin, Michigan, and Indiana. About 2,400 of 6,600 Illinoisans diagnosed annually with colorectal cancer, will die from it, mainly because the cancer was discovered too late. The state is in the highest quartile for incidence rates of colorectal cancer in the nation, and the lowest quartile for screening rates. A recent report also showed that Illinois has room for improvement when it comes to pain policies for cancer patients.

Part of the problem is the long waiting time for a colonoscopy.

Making colonoscopies available to everyone

While the procedure doesn’t require an overnight stay in the hospital, in Illinois, the wait for a colonoscopy appointment could be over a year. “We know that a 1-year delay results in a 2-fold increase in colon cancer risk,” said Kim.

This is not the first time University of Chicago Medicine is trying to raise awareness about CRC and increase screening rates. In 2015, the institution received a $3.5 million grant from the CDC to launch Cook County CARES (Colorectal Cancer Alliance to Reinforce and Enhance Screening).

Cook County has one of the highest CRC mortality rates in the state. The county has a large community of African Americans, Hispanics, and Asian Americans and more people living close to of the poverty level than any other county.

The Cook County CARES program allows clinics and hospitals to join a virtual colonoscopy screening website, and navigate a patient through the entire colorectal screening process, from the first clinic visit to the completed colonoscopy at the hospital. The platform also encourages patients to take the Colorectal Cancer Risk Assessment Tool, a test designed by the National Cancer Institute (NCI), which can estimates the risk of CRC over the next years.

Since its launch, the program made great strides.

“In less than two years, we’ve seen multiple benefits working on this project including a 10 percent increase in CRC screening rates for our at risk patients,” said David Freedman, medical director of Heartland Health Systems, one of the federally qualified health centers, which serves uninsured and minority populations, who have low cancer screening rates.

States like Colorado and Michigan are now considering replicating the program.

Healthcare Innovation
Agile Marketing On the Rise in Health and Life Sciences
January 10, 2022
961