Subscribe to our newsletter | [email protected]
Home › Report: Illinois Has Room For Improvement When It Comes to Pain Policies For Cancer Patients 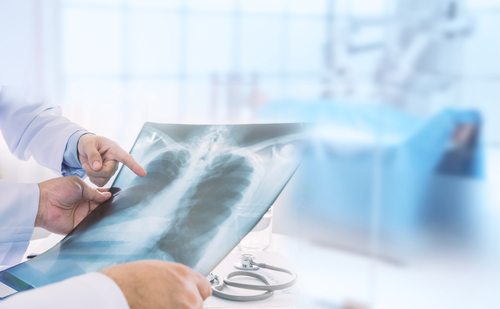 Report: Illinois Has Room For Improvement When It Comes to Pain Policies For Cancer Patients

Illinois is being praised in a new report for increasing access to healthcare through Medicaid and for its smoke-free laws. But the state falls behind when it comes to its palliative care or pain policies.

Now in its 16th year, the report titled “How Do You Measure Up: A Progress Report on State Legislative Activity to Reduce Cancer Incidence and Mortality,” was released Thursday, August 9th, by The American Cancer Society Cancer Action Network (ACS CAN).

A color-coded system is used to classify how well a state is doing in each issue. Green indicates that a state has adopted evidence-based policies and best practices; yellow shows moderate progress toward the benchmark; and red shows where states could use improvement.

Illinois met ACS CAN benchmarks for smoke-free laws and tobacco excise taxes (the state charges $1.98 per cigarette pack – which is higher than the national average of $1.75).

The state bans smoking in all public places, including non-hospitality workplaces, restaurants and bars. The law prohibits the use of electronic cigarettes and hookah as well. This is no small feat considering that secondhand smoke causes nearly 42,000 deaths among nonsmokers.

The state was also labeled as “green” for increased access to health coverage through Medicaid. Illinois has expanded Medicaid eligibility, covering individuals under 138 percent of the federal poverty line ($16,753/year for an individual; $34,638/year for a family of four). Many cancer patients are often unable to work and end up living below the poverty line.The ACS CAN shows Illinois continues to make progress against cancer for these low-income residents who depend on Medicaid for cancer prevention, early detection, diagnostic, treatment and survivorship care services.

It is estimated that nearly 280,000 women will be diagnosed with breast or cervical cancer in 2018. And Illinois is among the few states that allocated generous funds to the Breast and Cervical Cancer Early Detection Program (BCCEDP).

But Illinois health lawmakers should refrain from giving themselves a pat on the back just yet.

It should be noted that Smoke-free laws and Access to Medicaid are also the two most met benchmarks across the country. Nationally, the report finds 34 states have broadened Medicaid eligibility to its residents. And smoke-free legislation is the second-most met benchmark with 25 states who were marked as green in this area. Moreover, what Illinois gained by keeping secondhand smoking at bay in public spaces and by having one of the largest excise taxes in the country, it lost with its lack of policies for tobacco control.

In other words, the state does little to support people who want to quit smoking. And there are few programs meant to prevent kids from getting addicted. The numbers are shocking.

In the fiscal year 2018, Illinois spent a little more than $7 million on tobacco-control programs  – which is $130 millions less than the Centers for Disease Control and Prevention (CDC) recommendation. In this regard, Illinois fits right in line with every other state. Not a single state currently funds tobacco prevention programs at the CDC-recommended level.

The state’s Achilles’ Heel however is represented by its policies directed towards cancer patients.

In the palliative care department, Illinois’ regulations have a lot to catch up on.

To improve the quality of life for its residents suffering from cancer, the state could focus its efforts on palliative services.

In the past couple of years, cancer patients became collateral victims in the war between state governments and the opioid epidemic. Many cancer patients and survivors need pain medication to get through their day-to-day tasks, but the legislation prevents them from accessing the legitimate pain care they need.

“We’ve seen a drastic increase of state legislative proposals related to pain management in recent years – from less than 80 in 2015 to over 470 in 2018,” said Christopher W. Hansen, ACS CAN’s President in a recent statement.

According to the report, “27% of cancer patients and survivors were unable to get their prescription pain medication because a pharmacist would not fill it.”

Non-drug therapies are effective in keeping cancer patients pain at bay, yet opioid medications are the backbone of treatment for moderate to severe chronic pain. Left untreated, this type of pain can hinder recovery, weaken the immune system and impair a patient’s ability to sleep, eat or work.

“In 2018 alone, more than 66,000 Illinoisans will be diagnosed with cancer. We owe it to them and everyone at risk of developing the disease to pass policies that help cancer patients better manage the painful side effects of their diagnosis and treatment,” said Shana Crews, Illinois government relations director for ACS CAN.

A warning hidden in the Pain Policy Report Card

To help states improve their pain policies, ACS CAN added in this year’s report a special section on the Impact of Pain Policy.

The section contains a Pain Policy Report Card developed by ACS CAN in collaboration with the American Cancer Society and the University of Wisconsin (UW) to grade state pain policies as of December 31.

Illinois’ report card sends a red flag to its lawmakers. The state scored four out of the maximum six points for Policy Definitions & Prescription Limits with the mention that “Its policies around addiction, physical dependence and tolerance are ambiguous or Absent.”

Five points were given for Prescription Monitoring Programs (PMP). “Illinois does well in this category […] but needs to require prescribers to check the PMP before initially prescribing pain medications,” the report reads.

On the flip side, Illinois’ weak efforts to educate practitioners on pain treatment were rewarded with only three points and no points at all for the lack of policies that promote “individualized pain care in addition to involving the patient in shared decision making.”

The overall score was 12, the equivalent of a red label given to states that match 50% or less of the model policy.

While ACS CAN’s report pointed out some major shortcomings to Illinois’ healthcare system, it’s not too late for state lawmakers to team up with healthcare leaders as well as ACS CAN staff and volunteers to pass policies that are proven to save more lives from cancer.

As ACS CAN’s President puts it, “the annual report is a reminder to all state and local legislators that the decisions they make can be the difference between life and death for state residents – those already dealing with cancer and everyone at risk of developing the disease.”

For more insights on healthcare legislation in Illinois, read here.