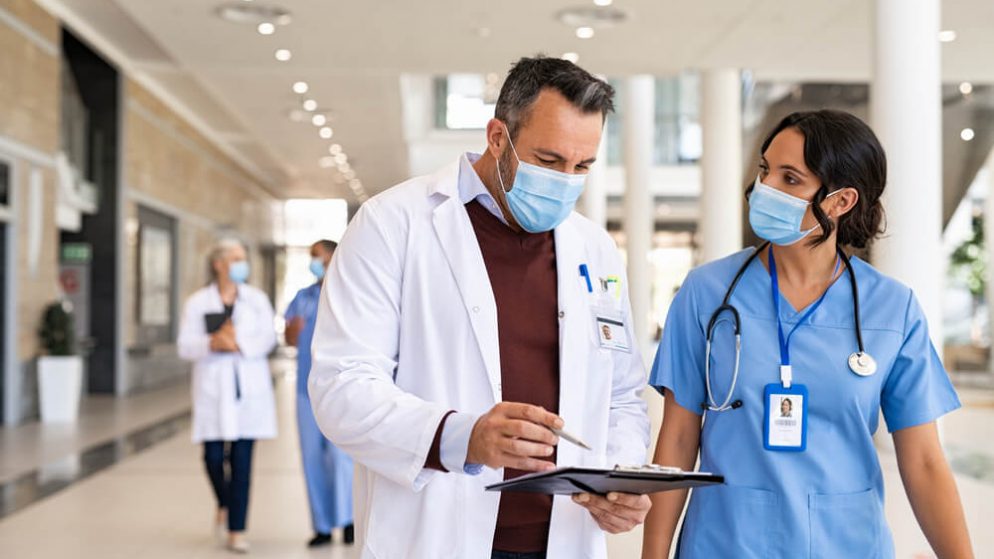 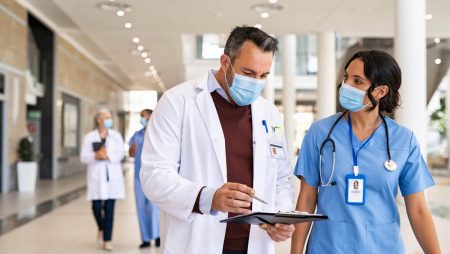 Illinois hospitals are running short on inpatient beds and started keeping more and more patients in their emergency rooms, a situation some doctors feel impacts the quality of care.

As of January 2nd, the most recent state data available, Chicago hospitals had 239 people waiting in beds in ERs for beds elsewhere in the hospital to be available — which is the most since the start of the pandemic. Another 220 people were waiting in ERs in hospitals in suburban Cook County, with more still in the neighboring counties.

The healthcare system throughout America has been brought under great duress multiple times during this pandemic. Last year, the increase in COVID-19 cases was accompanied by the return of flu season. Among the many complications, the supply of medications started decreasing. One of the most important critical situations last winter was the shortage of flu shots needed for elderly individuals.

Then, the healthcare in Illinois suffered personnel shortages due to people getting COVID-19 and not being able to work.

Preparations have been made before the cold season of 2021 started, in an effort to prevent a crisis.

All the major hospital systems in the Chicago area have mandated COVID-19 vaccination for their staff members, Northwestern Medicine being the last one to do so for its 23,000 workers statewide last September.

Nevertheless, the current shortage of inpatient beds is a sign that the strain currently put on the Chicago area’s health care system by a COVID-19 case surge is unprecedented. The public health officials are hoping this is going to peak this month, but we have no insurance this curve is about to bend.

Federal officials do publish data on hospitals, the latest data being from the week ending Dec. 30. Of 24 Chicago hospitals reporting data on their intensive care units, five were almost or completely full: Roseland, Mount Sinai, Holy Cross, St. Bernard, and South Shore. Several others had less than 20% of ICU beds available, which is a state metric of a stressed facility.

Ambulances keep bringing patients into the ER at St. Bernard, on the city’s South Side, which like many hospitals in the area is short on staff and bursting with patients.

“We have not seen a reprieve,” said Yolanda Penny, director of nursing services at St. Bernard Hospital and Health Care Center.

As previously reported, Illinois hospitals were already struggling when this fifth pandemic wave came. Caring for more people, who delayed needed treatments throughout the pandemic,  with less staff, since people were sick with COVID-19, was already a difficult undertaking, but the arrival, in mid-December, of the more easily spread omicron variant has complicated things even more.

Although the new variant is considered milder, the sheer number of infections has sent COVID-19 hospitalizations to record levels, most of them involving unvaccinated residents.

COVID-19 patients numbers going up translates into ERs getting more new patients, without having the necessary beds to admit those who need it.  People are admitted, but they have to wait in ERs for beds to be available, which in turn means ERs can’t function properly, having less room for the new patients who keep on coming. Plus, patients stuck in the ERs do not receive the same type of care they would if admitted to a proper bed elsewhere in the hospital.

ER boarding, a problem which affects the whole emergency system

Boarding patients in ERs is a “quality of care concern and a safety concern,” said Dr. Russell Fiorella, system chief medical officer and vice president of medical affairs for Sinai Chicago, which runs Mount Sinai and Holy Cross hospitals, and lately has been seeing, at times, about 10 to 20 boarders at once across its system. The Illinois Department of Public Health publishes other hospital metrics online, but not boarded data. However, such data were provided to the Chicago Tribune after being collected Sunday, January 2nd, and showed the number of boarded had reached a whooping 719 across the state, with the weekly average being 630.

Even before the pandemic, some hospital ERs would fill sooner than others, which resulted in hospitals in low-income neighborhoods having to provide more care with fewer resources.

Hospitals are trying to make more room by suspending or slowing elective surgeries. They’re also redeploying workers, such as moving those who normally help with elective procedures to critical care.

When a hospital ER becomes too crowded, the management can ask the state to be put on bypass, which means emergencies would be sent to other hospitals until more beds clear.

Like many hospitals, St. Bernard is facing a staffing shortage, because some people got sick with COVID-19 and other preferred staffing agencies that can offer higher-paying work. Since going on bypass was not approved, St. Bernard has asked the state for assistance and was expecting to receive additional staff Friday, January 7th.

The overcrowded hospitals are not the only part of the healthcare system to be stressed. Chicago paramedics are hearing of wait times in Chicago ERs that stretch to 15 hours, said paramedic Anthony Snyder, who directs EMS issues for Chicago Fire Fighters Union Local 2. If, usually, paramedics could wheel a patient into an ER and receive prompt directions from a nurse where to put them, so they could then respond to a new emergency, now thighs move slower. It can take 20 minutes until a nurse has time to talk with paramedics, Snyder said. Often, he added, the nurse directs them to move the patient into a wheelchair to wait for care. If the patient is too sick for that, paramedics must keep them on the gurney, and the wait can extend for an hour, even two, which means they cannot respond to another call.

Illinois Healthcare News
All the Major Hospitals in Chicago Have Mandated COVID-19 Vaccination for Staff
September 5, 2021
232