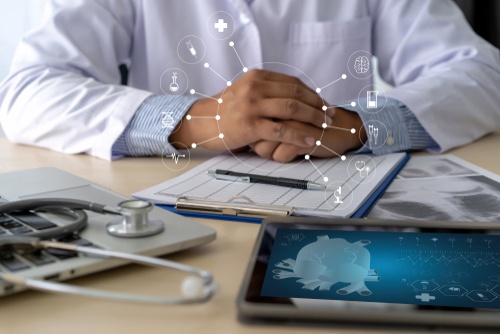 Things are looking up at Pear Therapeutics! The company announced the closure of a $64 million Series C financing barely a month after receiving the thumbs-up from the U.S. Food and Drug Administration (FDA) for reSET-O, its prescription software for the treatment of opioid use-related addiction disorder.

In a statement, Pear Therapeutics said the money will be used to support the global commercialization of the reSET suite of products, fund the company’s clinical-stage pipeline, and opportunistically acquire additional assets. Pear Therapeutics, which was launched in 2013, is also expected to develop products aimed at conditions such as schizophrenia.

The funding round was led by Temasek, with participation from other existing investors such as Novartis, 5AM Ventures, Arboretum Ventures, Jazz Venture Partners, The Bridge Builders Collaborative, and Singapore-based EDBI. A group of new investors — Blue Water Life Science Fund, LP., Trustbridge Partners, and an unnamed major diversified hedge fund — also participated in the Series C financing.

Pear Therapeutics is already looking towards an Initial Public Offering. Its Chief Operating Officer, Chris Guiffre was quoted as saying the round of funding “could be a step toward a public offering as soon as the second half of 2019.”

President and Chief Executive Officer, Corey McCann said they ended 2018 on a high note with multiple major catalysts including commercial launch, product authorization, and pipeline advancement. “Pear now kicks off 2019 with additional capital to bring PDTs (prescription digital therapeutic) to patients. We look forward to establishing PDTs as a widespread modality for directly treating a range of serious diseases,” he said.

Pear works on developing software-based disease treatments by using a biopharmaceutical approach. A PDT is developed based on randomized clinical trials that generate clinical data to demonstrate safety and efficacy. PDTs are dispensed via a clinician’s prescription for use either alone or in combination with pharmaceuticals. They are designed to be reimbursed by insurance providers using pathways traditionally associated with pharmaceuticals and therapeutic medical devices.

Continuing in its statement, the company said that market authorization from the FDA is sought to treat disease based on PDT data.

In addition to two FDA-authorized PDTs, Pear’s pipeline includes development-stage therapeutics across disease areas. “Pear’s lead products, reSET and reSET-O, treat Substance Use Disorder and Opioid Use Disorder, respectively. Pear and its commercial partner Sandoz Inc., a division of Novartis, announced the commercial launch of reSET in November 2018. In December 2018, the FDA granted marketing authorization to Pear for reSET-O. This was the first PDT to receive a Breakthrough Designation by the FDA and is intended to be used in conjunction with buprenorphine and under clinical supervision,” the company said.

Reuters reported that in 2017, Pear’s reSET app became the first software app to be authorized by U.S. regulators for treating any disease. “Pear’s apps can be downloaded on iOS and Android phones using an access code, which is made available to patients on prescription. The apps deliver a form of cognitive behavioral therapy and provide patients with modules that they need to complete, rewarding adherence with nominal incentives like a voucher for a Starbucks coffee,” the news agency reported.

The reSET-O PDT, Novartis explained, is a 12-week cognitive behavioral therapy intended to be used in addition to outpatient treatment. reSET-O includes transmucosal buprenorphine, a commonly used medication to treat opioid addiction, and contingency management designed to provide incentives to reinforce positive behaviors. reSET-O is available by prescription only for patients 18 years or older under the care of a clinician.

Sandoz CEO, Richard Francis said the launch of reSET-O provided “an important technology-based treatment option for patients with Opioid Use Disorder and may fundamentally change how they interact with their therapies. At Sandoz, we are proud and excited to push the frontiers of medical innovation.”

The cost of the opioid crisis

It is estimated that each day approximately 115 Americans die after overdosing on opioids. The U.S. is in the throes of an opioid crisis, characterized by the misuse of and addiction to opioids-including prescription pain relievers, heroin, and synthetic opioids.  It is a serious national crisis affecting public health as well as social and economic welfare. The Centers for Disease Control and Prevention estimates that the total “economic burden” of prescription opioid misuse alone in the United States is $78.5 billion a year, including the costs of healthcare, lost productivity, addiction treatment, and criminal justice involvement.

States across the nation are coming up with innovative laws to address the opioid epidemic. Illinois, for example, has introduced a raft of new laws that expand telehealth services for patients on Medicaid. The state also introduced the Opioid Alternative Program to mitigate the effects of the opioid epidemic. Under the program, patients with a prescription for opioids, or those who would have been prescribed one, are allowed immediate access to medical marijuana.