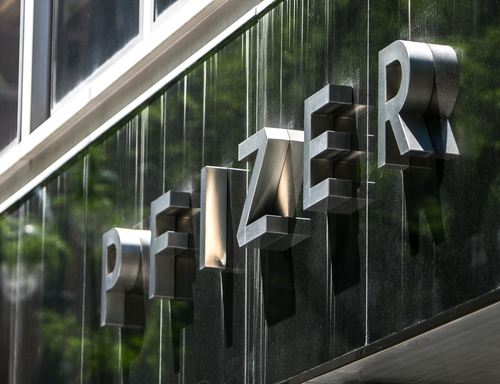 Patients suffering from Duchenne muscular dystrophy (DMD) and their families received disappointing news recently, when Pfizer Inc. announced  it is putting a stop to clinical studies for domagrozumab (PF-06252616), a possible treatment for DMD.

The decision has been made for two ongoing studies, one about safety and efficacy (B5161002), the other, an open-label extension study (B5161004)

Unsatisfactory results, after one year of testing

It was not a question of safety, the company stated, but of efficacy.

The phase 2 double-blind, placebo-controlled, multicenter clinical trial of domagrozumab investigated the drug’s efficacy and safety when administered in monthly IV doses to 121 boys aged 6 to 15 with DMD, regardless of the gene mutation they presented.

The clinical trial was supposed to continue for a second year, after the one year analysis. All subjects received corticosteroids as their main therapy. Evaluating long-term safety and efficacy of domagrozumab was the purpose of the open-label extension study.

The data gathered after one year of giving patients domagrozumab and a placebo, respectively, proved the medicine was not meeting its primary efficacy goal, which was to demonstrate a difference in the mean change from baseline in 4 Stair Climb (in seconds).

The company was very thorough, evaluating not only the patients included in the one year clinical trial, but also those who participated beyond that period. Decision making wasn’t easy, but it was unavoidable, since the drug wasn’t having the desired effect. That was obvious after analysing the data concerning both the primary and secondary endpoints.

“We are disappointed by these results and while we are not progressing with the studies, the data will contribute to a greater understanding of this disease and we will evaluate the total data set to see if there is a place for this medicine in muscular diseases,” said Seng Cheng, PhD, Senior Vice President and Chief Scientific Officer, of the Pfizer Rare Disease Research Unit. “We are extremely grateful to all those involved with this trial, especially the boys who participated, and their families.”

DMD and who it affects

Duchenne muscular dystrophy (DMD) is a rare genetic disease, which affects children, mainly boys, but also girls, in rare cases. Its main characteristic is progressive muscle degeneration, which leads to weakness and a shorter life expectancy.  The disease is more common than one would expect, 1 in every 3.500 to 5.000 male newborns each year has it. The first symptoms of the illness appear in children 1 to 4 years old. The muscles of the hips, pelvic area, thighs and shoulders are affected first, the skeletal (voluntary) muscles in the arms, legs and trunk afterwards. The calves are often enlarged.

Children have difficulty getting up, they are late walkers, they can’t run or go up the stairs so easily. Then, due to progressive muscle degeneration, those affected completely lose their ability to walk by their early teenage years. Another common affection is cardiomyopathy, which appears due to weakness of the cardiac muscle. Also, when respiratory muscles become affected, patients must use mechanical ventilation to help them breathe.

The lack of dystrophin, a protein that contributes to keeping muscle cells intact, causes DMD.

Pfizer does not abandon the battle against DMD

Since DMD is a very serious and debilitating illness with no known cure so far, the pressure remains high on medical research companies and big pharma to find an efficient treatment as soon as possible.

According to its press release, Pfizer will continue to review the data for any insights they may provide; results will be shared with the scientific and patient community.

The company won’t give up researching DMD and other rare neuromuscular diseases, the purpose being the same: finding therapies for patients who now don’t have any. Pfizer has been working with advocacy associations and patients groups; this partnership is the key to discovering novel treatments for these debilitating diseases. Another of Pfizer DMD targeted research remains the ongoing clinical trial with gene therapy PF-06939926. This is an investigational, recombinant AAV9 capsid, carrying a truncated or shortened version of the human dystrophin gene (mini-dystrophin) under the control of a human muscle specific promoter.

Domagrozumab is the second DMD candidate to experience clinical setbacks in the past two months. In June, Summit Therapeutics said it would halt development of its DMD candidate, ezutromid, after it failed a Phase II trial, and take unspecified cost-cutting measures.

Currently approved treatments for DMD aim to control symptoms to improve quality of life, since, as previously said, there is still no actual cure, as is the case for many other rare diseases.

Available treatments are recent and are few in number, so finding new ones, better targeted for the patient’s’ specific needs, is even more important. Many biotech and data oriented companies have been searching for solutions concerning rare disease sufferers.

It is the case of RDMD, which has developed a platform which generates deep data insights to accelerate rare disease research and drug development. Also, other companies, as Healx try to repurpose existing treatments, that they might be used in treating rare diseases.

Approved in 2016 in the US, the injection format Sarepta Therapeutics Exondys 51 (eteplirsen) was the first treatment indicated for patients with a confirmed mutation of the dystrophin gene amenable to exon 51 skipping.

Approved in Europe, PTC Therapeutics Translarna (ataluren) is designed for children aged five and over, who can still walk, to treat Duchenne muscular dystrophy caused by a nonsense mutation.

The field of DMD research is growing. Many biotech companies have shown interest in turning to gene therapies, and this could prove beneficial for patients in the future, possibly leading to an eventual working treatment.