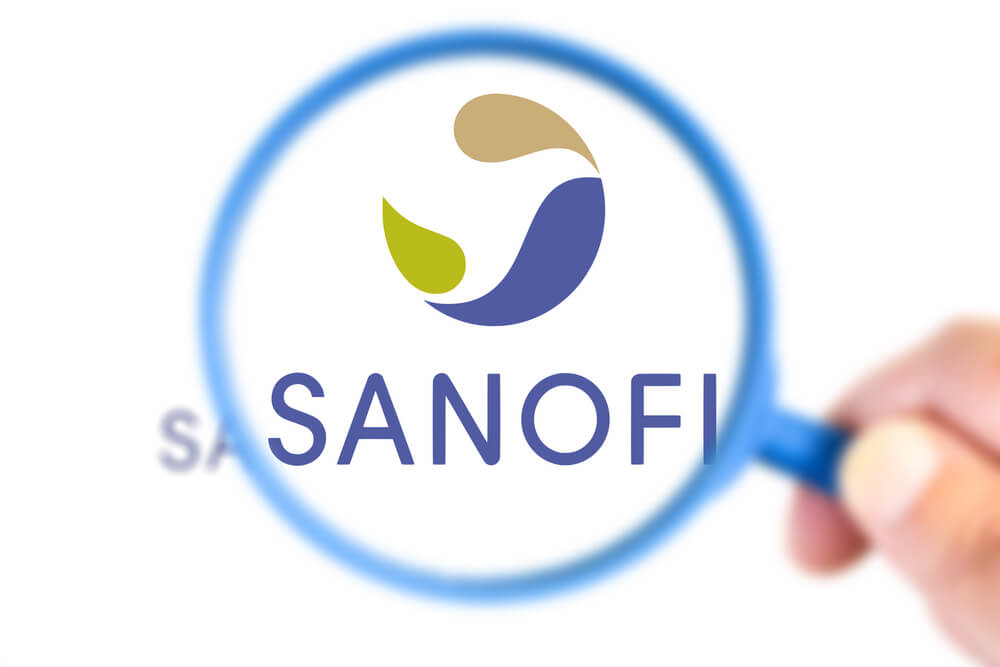 Positive results proving an overall survival (OS) benefit from the Phase 3 trial investigating Sanofi and Regeneron’s PD-1 inhibitor Libtayo® (cemiplimab) monotherapy compared to chemotherapy in patients with recurrent or metastatic cervical cancer were announced March 15th. The trial will be stopped early based on a unanimous recommendation by the Independent Data Monitoring Committee (IDMC), and the data will form the basis of regulatory submissions in 2021.

“Libtayo monotherapy is the first medicine to demonstrate an improvement in overall survival in women with recurrent or metastatic cervical cancer following progression on platinum-based chemotherapy in a Phase 3 trial,” said Krishnansu S. Tewari, M.D., Professor and Director of the Division of Gynecologic Oncology at the University of California, Irvine and a trial investigator. “This landmark clinical achievement will bring hope to women with advanced cervical cancer who are often younger than patients with other cancers. This is reflected in the trial where the average age was 51.”

“Recurrent or metastatic cervical cancer is notoriously difficult to treat and has no approved standard of care after first-line chemotherapy,” said Israel Lowy, M.D., Ph.D., Senior Vice President, Translational and Clinical Sciences, Oncology, at Regeneron. “This trial, which enrolled patients regardless of their PD-L1 status, demonstrated that Libtayo helped patients with recurrent or metastatic cervical cancer live longer after progression on prior chemotherapy. This is the fourth patient population in which Libtayo has shown clinical benefit and we look forward to submitting the results to regulatory authorities later this year.”

This open-label, randomized, multi-center, Phase 3 trial investigated Libtayo monotherapy versus an investigator’s choice of chemotherapy in patients with recurrent or metastatic cervical cancer that has progressed on platinum-based chemotherapy. Patients were allowed to enroll regardless of PD-L1 expression status, and 78% of patients had squamous cell carcinoma and 22% had adenocarcinoma. The trial included women from 14 countries: the U.S., Japan, Taiwan, South Korea, Canada, Russia, Poland, Spain, Brazil, Australia, the UK, Italy, Greece and Belgium.

This is the largest Phase 3 randomized clinical trial in advanced cervical cancer and included women (median age: 51 years) with either squamous cell carcinoma or adenocarcinoma. Patients were randomized to receive Libtayo monotherapy (350 mg every three weeks) or an investigator’s choice of commonly used chemotherapy (pemetrexed, vinorelbine, topotecan, irinotecan or gemcitabine).

The use of Libtayo in cervical cancer is investigational and has not been fully reviewed by any regulatory authority.

The primary endpoint for the trial was OS, analyzed first among patients with squamous cell carcinoma, then in the total population. Per a protocol-specified interim analysis, the IDMC reviewed OS data when approximately 85% of events had occurred among patients with squamous cell carcinoma. Based on the highly significant effect on OS among these patients, the IDMC recommended stopping the trial. Detailed results will be presented at an upcoming medical meeting.

Libtayo has recently been approved for treating certain lung cancers

The recent announcement follows the recent U.S. approval of Libtayo monotherapy for certain patients with advanced non-small-cell lung cancer (NSCLC) whose tumors have high PD-L1 expression. The FDA also recently authorized the use of Libtayo as the first immunotherapy indicated for patients with basal cell carcinoma (BCC) previously treated with a hedgehog pathway inhibitor (HHI) or for whom an HHI is not appropriate, whose cancer is either locally advanced (full approval) or metastatic (accelerated approval). In 2018, Libtayo was approved as the first systemic treatment for certain patients with advanced cutaneous squamous cell carcinoma (CSCC).

“We are committed to developing therapies for cancers with high unmet needs including patients with advanced cervical cancer,” said Peter C. Adamson, M.D., Global Development Head, Oncology and Pediatric Innovation at Sanofi. “Combined with data from our non-melanoma skin cancer and lung cancer studies, these data contribute to the growing evidence demonstrating the significant potential of Libtayo to treat a spectrum of difficult-to-treat cancers.”

Libtayo is being jointly developed by Regeneron and Sanofi under a global collaboration agreement.

Sanofi, a leading global vaccine manufacturer, has experienced a major setback in its goal of quickly producing a Covid-19 vaccine. The issue pushes the release of Sanofi Pasteur’s vaccine, back from the first few months of 2021 into the second half of the year, pending approval.

The setback is a disappointment for Sanofi as well as GlaxoSmithKline, its development partner. Both companies have commitments with several countries, including the European Union, the United States, and Great Britain.

Sanofi had planned to begin Phase 3 trials of the vaccine in March 2021, and had estimated it could produce 100 million doses of vaccine by the end of 2020, and 1 billion doses in 2021.

Cervical cancer is mainly diagnosed in women between 35 and 44

Cervical cancer is the fourth leading cause of cancer death in women worldwide and is most frequently diagnosed in women between the ages of 35 and 44. Almost all cases are caused by human papillomavirus (HPV) infection, with approximately 80% classified as squamous cell carcinoma (arising from cells lining the bottom of the cervix) and the remainder largely adenocarcinomas (arising from glandular cells in the upper cervix). Cervical cancer is often curable when detected early and effectively managed, but treatment options are more limited in advanced stages. It is estimated that approximately 570,000 women are diagnosed with cervical cancer worldwide each year. In the U.S. 14,500 new patients are diagnosed annually, and approximately 4,000 women die each year.

Chicago, on the forefront of the fight against cervical cancer since last year

New discoveries are trying to improve women’s chances to fight this type of cancer. Two years ago, a computer algorithm, developed by National Institutes of Health (NIH) researchers, was able to successfully identify changes in the cervix, pointing at cancer cells better than a human expert looking at the same images through a microscope.

Researchers had successfully developed an algorithm with the help of artificial intelligence (AI) that can accurately identify precancerous changes in the cervix. This technology is very beneficial for areas that are experiencing a lack of medical professionals.

Since February 2020, a new Chicago initiative aims to eliminate cervical cancer in the city.

About the Libtayo development program

The extensive clinical program for Libtayo, a fully-human monoclonal antibody targeting the immune checkpoint receptor PD-1 on T-cells, is focused on difficult-to-treat cancers. The European Medicines Agency is assessing regulatory submissions for Libtayo monotherapy in advanced NSCLC with ≥50% PD-L1 expression and locally advanced BCC following treatment with an HHI, with European Commission decisions expected by mid-2021.

Libtayo monotherapy is being investigated in trials in adjuvant CSCC and neoadjuvant CSCC, as well as in trials combining Libtayo with either conventional or novel therapeutic approaches for both solid tumors and blood cancers. These potential uses are investigational, and their safety and efficacy have not been evaluated by any regulatory authority.

Regeneron (NASDAQ: REGN) is a leading biotechnology company that invents life-transforming medicines for people with serious diseases. Founded and led for over 30 years by physician-scientists, our unique ability to repeatedly and consistently translate science into medicine has led to nine FDA-approved treatments and numerous product candidates in development designed to help patients with eye diseases, allergic and inflammatory diseases, cancer, cardiovascular and metabolic diseases, pain, hematology, infectious diseases, and rare diseases. Regeneron is accelerating and improving the traditional drug development process through their proprietary VelociSuite® technologies, such as VelocImmune®, which uses unique genetically humanized mice to produce optimized fully human antibodies and bispecific antibodies, and through ambitious research initiatives such as the Regeneron Genetics Center, which is conducting one of the largest genetics sequencing efforts in the world.