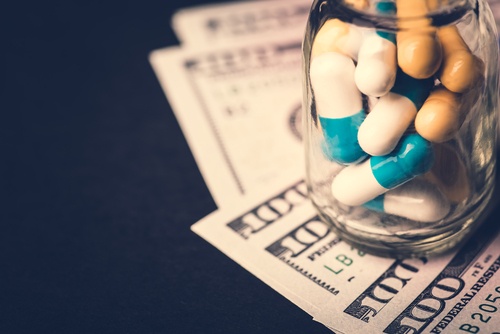 According to a recent concept put forward by the Federal Register and covered by the Wall Street Journal, the Trump Administration is looking to turn its attention to the “secretive nature” of health care pricing in the United States. The Trump Administration feels that there is a need for public disclosure of these oft-secret prices healthcare facilities and providers negotiate with medical insurance companies.

If this rather bold concept comes to fruition, consumers will soon know the actual rates hospitals and other healthcare practices charge insurers before they even seek medical attention or buy medicine. In other words, Americans will for the first time find out the true cost of healthcare in the U.S., marking an end to one of the most enduring practices in the medical industry.

According to the administration, enforcing public revelation of prices in the healthcare market will give patients more decision-making power. Of course, given that the rates paid by different health insurance companies for pretty much similar service in the same market are very different, the administration hopes the disclosure will trigger competition. This way, the health care prices will likely to fall, delivering better value to patients.

Not a Formal Proposal Yet

While the concept is already raising a few heads in the healthcare sector, it’s not yet a formal proposal. It is an initial step that has the potential of becoming a proposal. Even still, it is a clear-cut indication of what the Trump Administration hopes to push in a bid to overhaul healthcare in the US.

In fact, this isn’t the first time President Trump is touching on the healthcare pricing transparency issue. He was particularly vocal that about it in his campaign trail. Public disclosure of prices, says the administration, will give more clarity in an industry that is worth over $3.5 trillion annually.

In an attempt to prove their point, the Trump Administration quoted the massive difference in what health insurance companies pay hospitals for knee replacement operation in Minnesota. It says that insurers cough up as little as $6,200 and as high as $47,000. For C-section delivery in Minnesota markets, insurers paid anything ranging from $4,000 all the way up to $22,800. The same goes for the reimbursement for a total hip replacement, which ranged from $6,700 to $44,000.

President Trump is not alone on this. Take the Secretary of Health and Human Services, Alex M. Azar II, for instance. The well-known pharma lobbyist has been quoted as saying that medical insurance companies and healthcare providers have to be “more transparent about their pricing.” He believes that a better-informed patient is a powerful force to reckon with in the healthcare market.

What it Means to the Consumer

According to Trump Administration executives, contemplating the move to publicize healthcare pricing is something they feel will help the consumer at the end of the day. And they are right on the spot. Several economists and other scholars assert that the current healthcare situation is not only opaque and complex but can also be quite frustrating to consumers who are looking to shop for health care services.

In other words, patients are currently not able to sift through all their options to get the best value for their money as the pricing itself is negotiated behind closed doors. What patients desire is the ability to know what are paying for right from the outset, and that’s more or less what the disclosure of secretly negotiated rates will deliver to them.

However, not everyone thinks that the disclosure will necessarily force healthcare prices down. The professor of Economics & Public Policy at Carnegie Mellon University in Pittsburgh, Martin Gaynor is one of them. He says that hospitals and practices in a number of regions have too much market power to lose customers if they actually raise their prices – or fail to lower them when competitors do.

Accordingly, in an area with only one hospital (or a couple of them), publicizing their prices will likely to have no impact on their relationship with insurance companies. Patients will have to pay whatever price is on the menu since they have little or no choice. And insurers will also have to stick with them no matter their pricing.

Trump Administration don’t want to leave any stone unturned when it comes to public disclosure of healthcare pricing. As you might expect, pharma companies are also targeted. The administration has recommended in the proposal that Big Pharma companies be required to publicize the list prices of prescription drugs consumers typically see on TV.

So far, the lobby for insurers, America’s Health Insurance Plans, and the American Medical Association have not issued a formal statement on the “proposal.”

The bigger question on everyone’s mind is: does the plan have any chances of getting legislated? If and when it becomes a formal proposal, is it feasible?

The analysts at Jefferies LLC think that the Trump Administration plan for disclosure of health prices is staring at huge legal obstacles.

Whether this plan will make it to become a law will remain to be seen. However, the implication is clear: President Trump and his administration want healthcare facilities, insurers and providers to be more transparent when it comes to all-things pricing.