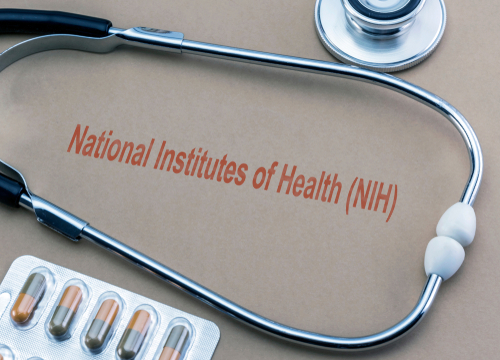 The University of Illinois College of Medicine Peoria will receive $1.8 million from the National Institutes of Health to continue, over the next five years, a series of preclinical research studies involving an innovative drug for ischemic stroke patients.

What is a stroke and what are its symptoms?

A stroke occurs when a blood vessel in the brain bursts or, more commonly, when a blockage develops. Without treatment, cells in the brain quickly begin to die. The result can be serious disability or death.

Strokes are either ischemic – the most frequent – or hemorrhagic.

Strokes are a significant  health issue

Looking at the statistics, we can formulate an accurate image of how serious strokes are and how this problem evolved in the last few years. According to  American Stroke Association statistics for 2016 (latest year for which statistics are available), fifteen million people from all over the world suffered from a stroke, five million of those died, another five million became permanently disabled. In 2015, 11.8 percent of total deaths worldwide were stroke related, making this the second leading global cause of death, after heart disease.

In that year stroke was the fifth leading cause of death in the US, killing nearly 130,000 people (128,978), one in every 20 deaths. Every four minutes, someone in the US dies of stroke. Every year, approximately 795,000 people in the United States have a stroke, which means someone in the US has a stroke every 40 seconds. Three in four such cases are first-time strokes.

Stroke is a leading cause of long-term disability and the leading preventable cause of disability.

More women than men have strokes each year, in part because women live longer.

African-Americans are affected by stroke more than any other racial group within the American population.

In the statistics available for 2018, numbers not being final, we can already see a change for the worse. Stroke now accounts for 1 of every 19 deaths in the US, and kills someone in the US about every 3 minutes 45 seconds.  Stroke still ranks fifth among all cause of death in the US, but now the condition kills 133,000 people a year.

What is the challenge in finding a treatment?

As Dr. Krishna Kumar Veeravalli, a UICOMP assistant professor in the Departments of Cancer Biology and Pharmacology, Neurosurgery, and Neurology, admits in his PhD thesis, that despite decades of research, no clinically effective pharmacotherapies exist to facilitate cellular function recovery after a stroke. It is still an unmet medical need.

Even when successful in preclinical studies, treatments don’t prove efficacious in clinical studies. This failure, Dr. Veeravali thinks, could be caused by the fact ischemic strokes have such a complex pathology. Basically, a treatment should target more aspects at once, which makes it difficult to find agents good enough for translational stroke therapy.

Dr. Veeravali underlines that “it is very important to target several key molecules simultaneously, which can work by multiple mechanisms to control the early and delayed brain injury in both the ischemic core and the penumbra. The novel approach should adopt preclinical testing, advance the understanding of the pathophysiology of stroke and make it possible to translate it from bench to bedside.”

Why Peoria’s research is so important

UICOMP researchers have identified a specific blood enzyme that is prevalent in the brain after an ischemic stroke, but is not found in a healthy brain. Preventing the brain from producing this particular matrix metalloproteinase-12, or MMP-12, researchers have found continued brain damage can be avoided.

Initial studies at UICOMP were supported in part by funding from the OSF HealthCare Illinois Neurological Institute. “This project illustrates the collaborative work by clinicians at OSF HealthCare and research scientists here at the College of Medicine,” UICOMP Regional Dean Dr. Sara Rusch said.

The stroke research team at UICOMP intends to use the new NIH funding award to test the effect of new therapy on brain damage and neurological recovery in stroke models. Hopefully, results will prove positive and an effective treatment for stroke patients will be right around the corner.

MMP-12 is another example of a repurposed drug, like the ones on which Healx is focused.  Maybe it is a multi-purpose drug, since it is already in clinical trials related to respiratory diseases. This gives researchers hope for a potential fast-track to patient use, since waiting for 12 to 15 years to go through clinical trials won’t be necessary.  Dr. Veeravalli said the new therapy could be used in conjunction with a FDA-approved conventional clot-busting treatment for ischemic stroke.