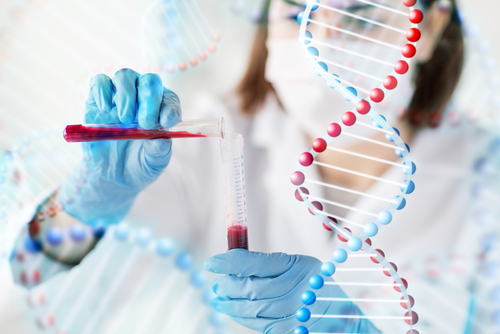 A United Kingdom based biotechnology company focusing on novel cancer therapies has secured $84 million in a Series B financing round that was oversubscribed, maintaining a trend where companies exploring new treatment methods continue to receive significant funding.

The financing round, Artios Pharma said, had generated significant interest from investors.

The Cambridge-based biopharmaceutical firm, which was founded in 2016, focuses on DNA Damage Response (DDR) treatment methods and hopes that it can use the funding to take some of its programs to trial.

The Artios website defines DDR as a highly regulated cascade of enzyme and protein pathways that identify when there is damage to DNA, adding that DDR was a vital process that helps cells survive and replicate.

Commenting on the financing round, a partner at Andera Partners, Raphael Wisniewski, said they believe “Artios’ DDR programmes have the potential to bring real impact to cancer patients”.

Wisniewski said Artios plans to use the funding to advance its program of “first-in-class, small molecule DDR programs including its lead program targeting DNA polymerase theta (Polθ), through clinical proof of concept trials”.

“PolƟ and the company’s second and as yet undisclosed lead programme, represent two DDR targets that control key aspects of DNA repair. Mechanistically, these programmes have the ability to kill cancer cells as single agents, or to sensitise cancer cells to radiotherapy and other DNA-damaging agents, including novel treatments, such as PARP inhibitors or immunotherapies,” Artois said on its website.

In explaining how DDR works, the biotech company said “cancers change their DDR pathways to allow mutations in their DNA so that they can evolve and adapt. This is what causes cancers to overcome many current therapies,” it then explained that their novel therapy worked by targeting the remaining DDR pathways, which has been proven to selectively kill cancer cells through a concept known as “synthetic lethality.”

It said this has been proven to work with the success of Lynparza in treating a number of cancer types. Lynparza is an approved drug used to treat recurrent ovarian cancer.

“DDR targeted products have the potential to be used in combination with other cancer agents to help prevent cancers from reoccurring,” Artios continued.

The Pharmaphorum website said Artios’s portfolio was more advanced than that of its competitors because of its working arrangement with Cancer Research Technology, a leading cancer research institution in the United Kingdom.

The Series B financing round marks a good run of fortunes for Artios, which last March in-licensed its first nuclease drug program as part of its research alliance with a Czech Republic University.

At the time, Martin said the in-licensing reflected the progress that the company had made and the “in-licensed program has the potential to become a novel, first-in-class DDR targeted treatment for cancer, which complements our current development pipeline and further supports our position as a leader in the DDR field”.

At its launch round in 2016, Artios raised $33.2 million and the $84 million it has raised has raised in the Series B round of could signify investors’ increased confidence in biotech novel therapies.

Biotech companies involved in researching novel therapies are enjoying their time in the sun, recently, another United Kingdom-based firm, Orchard Therapeutics received $150 million in a Series C financing round.

Another U.K company, Healx launched with $10 million in funding and Swiss-based Therachon closed a successful $60 million financing round, moving it closer to a drug trial for achondroplasia.