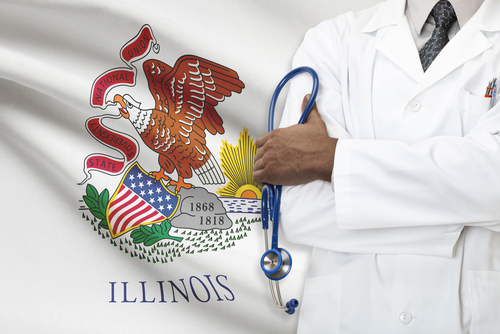 Illinois is now the only state in the nation to change its essential health benefit (EHB)-benchmark plan.

“This isn’t just about rules and regulations, it’s about not giving up on people,” said Jennifer Hammer, director of the Illinois Department of Insurance (IDOI).

The EHB plan includes what each state deems as the standard for essential health benefits that must be covered by insurance plans. The Affordable Care Act (ACA) designed a framework for EHBs, but each state can choose from a list of options to construct its own plan. The list contains services in ten categories including hospitalization, maternity care and mental health services.

States have the flexibility to tweak the benefits. By changing its plan, Illinois became the first to exercise that option.

This was a carefully calculated move.

The IDOI consulted clinicians and researchers, and got feedback during two public comment periods before deciding what changes would help solve the state’s biggest health issues: the opioid crisis and access to mental health services.

As a result, five revisions were made to the existing EHB plan. Private health insurance companies offering plans on the individual and small group market in Illinois will be required to follow the new guidelines starting in 2020.

One of the changes asks insurers to cover alternative therapies for pain.

“The Act Plan makes alternative therapies, like topical anti-inflammatories, affordable and accessible for consumers,” said Dr. Michael Connolly, who advised IDOI on the ACT Plan. Gov. Bruce Rauner recently signed a medical marijuana expansion bill, making it available as an opioid painkiller alternative. Alternative therapies for pain can also include acupuncture, massage and chiropractic therapies. With this change, Illinois is aligning with global health innovation trends that hint to a future where pain will no longer be eased with pills, but with smart technology tools such as virtual reality.

Another important revision made to the (EHB)-benchmark plan? Limiting opioid prescriptions for acute pain to seven days. “In too many cases, addiction still starts with a prescriber’s pen,” FDA Commissioner Dr. Scott Gottlieb said of the opioid epidemic.

Cutting back on opioid prescriptions is not an easy feat, but Illinois health providers can find guidance in programs developed by their peers in other states. In Indiana, for example, a team of physicians began developing app-presented courses to instruct doctors and nurses about opioid prescriptions.

Stepping into the era of digital healthcare

Thanks to the new plan, patients under medically assisted treatment (MAT) of opioid use disorder will also have easier access to Buprenorphine products. Insurance companies are thus prevented from imposing prior authorization or dispense limits. Buprenorphine instills feelings of euphoria that are similar to those of an opioid, but it has a ‘ceiling effect’ so people can’t overuse it.

In addition, health insurers will cover prescriptions for at least one intranasal spray opioid reversal agent, but only when initial prescriptions of opioids are dosages of 50MME or higher. These life-saving sprays are designed to rapidly reverse opioid overdose and can stabilize a patient until first responders arrive.

Lastly, the IDOI list of revisions includes tele-psychiatry care by both a prescriber and a licensed therapist. This is another sign that Illinois is getting ready for the digital healthcare era. Video-based psychiatric services are affordable and time-saving options for patients who might not otherwise be able to step into a therapist’s office, a concern for those who live in rural areas or are homebound.

What’s more, in the long run, tele-psychiatry will translate into significant savings to the state budget by reducing trips to the ER, the need for time off work and for childcare services.

The new plan could not have come at a better time.

A report released on August 9th by The American Cancer Society Cancer Action Network (ACS CAN) shows that Illinois has fallen behind in its pain policies for cancer patients. “These changes to the EHB-benchmark will give many people who carry private insurance access to alternatives to help them deal with the pain from injury and reduce the number of Illinoisans becoming addicted to dangerous medications,” said Illinois Gov. Bruce Rauner.